Change
After a promising start to his first professional season, Stratstone Ferrari Racing Driver Sam Smeeth looked to build on his impressive progress in the first race at his home track of Silverstone, in the Ferrari 488 Class.

Comparing the Ferrari 488 Class to the 458 of last season, Sam stated "I am thoroughly enjoying the challenge of the Trofeo Pirelli, however it is a much more competitive category and so it is much more difficult to progress than last year".

On a gloriously sunny weekend in the Ferrari Challenge Europe at Silverstone this weekend, Sam looked to strengthen his grip on 3rd position in the Driver's Championship. He went out well on Saturday, qualifying P3, much to the delight of the British fans.

Holding his position but some way behind the leading pair, Philipp Baron and Daniele di Amato, Sam put on a strong defence of P3, only to have to make a premature pitstop after only just a few laps due to a mechanical issue. After a frustratingly long wait in the pits, Sam finally emerged from the pit lane three laps down on his original position.

Sam re-joined the contest behind Philipp Baron's 488. He had a battle on his hands to make any progress in the race at all, his only hope being that Baron and di Amato's progress may be slowed by encountering traffic in the race.

In the 10th lap Sam managed to overtake Turkish driver, Ekinci but with P1 and P2 already three laps ahead there was insufficient time for Sam to make up the gap and so he finished in last position.

Sam Smeeth on the track 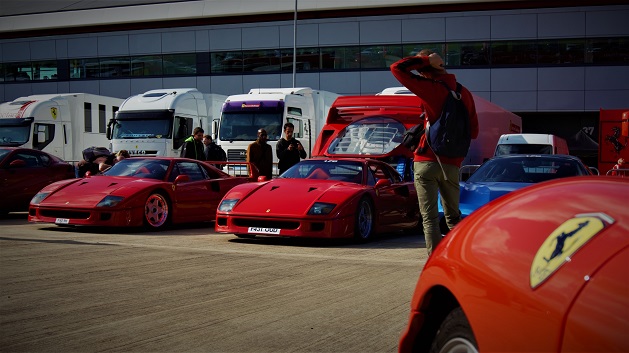 Sunday was a new opportunity for the Stratstone Team to make up for the bad luck in the previous day's race. Wanting to put the disappointment of Saturday behind him, Sam threw himself into the qualifying round for Race 2 on Sunday. Achieving a time of 2:04.952 in his 9th lap of 10, he qualified P3.

At the start of the race, Sam quickly overtook Daniele di Amato, moving into second place. Immediately though, the Italian gave chase, sitting on Sam's tail. di Amato retook his place but having been adjudged to have made an illegal manoeuvre, was forced to relinquish the second spot to the Brit once more. A fierce dog fight played out over the next few laps with Sam ultimately being overtaken once more by the Italian.

As Grossman piled on the pressure from P4 Sam looked to have his work cut out and he eventually collided with Palle Kjaersgaard. The Dane was unable to finish the race and left Sam once again with too little time to regain his position with him ultimately finishing in P13 out of a total of 15 cars.

After the weekend, Sam's Stratstone Team still sits an impressive 3rd in the Driver's Championship with a season score of 105 points to date. Meanwhile, Baron and di Amato have further stretched their lead with 169 and 126 points, respectively. The final two races of the season take place at Mugello and Imola.

Enzo Ferrari founded his famous automotive company in 1947. Various events have taken place this year to commemorate their 70th anniversary. Silverstone was no exception this weekend with over 150 Ferrari owners in attendance and real buzz about the paddock as fans queued to take photos and get up close and personal with the cars bearing the famous prancing horse badge.

A real highlight was a classic 275 GTB and a 1959 250 GT Coupé Speciale Pinifarina on display inside the Silverstone Wing.

As part of their 70 Year Anniversary a parade was organised with Ferrari drivers from all over the country painting Silverstone Ferrari red. 128 Ferraris took a lap of the track to the utter delight of the hundreds of fans in attendance. A whole range of models old and new were involved in the parade including many impressive examples of California, 488, Enzo, 599 GTO, 550 Maranello, Testarossa, 360 Challenge Stradale, 430, 355 Spider, F12, 599, 456, 458, GT4C Lusso, 812, 430, 348 and the legendary F40. 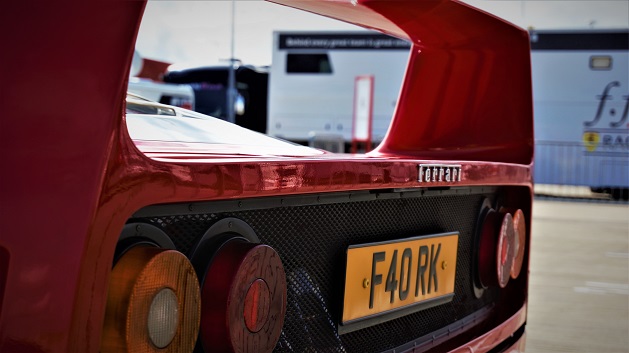 This was followed by the F1 Clienti, featuring Ferrari Formula One cars of yesteryear including Rubens Barrichello's car and a number of other classic Ferrari racing cars.

Overall the weekend was a fitting finale to Ferrari's 70th Anniversary celebrations, with some great racing and some even greater cars on display. 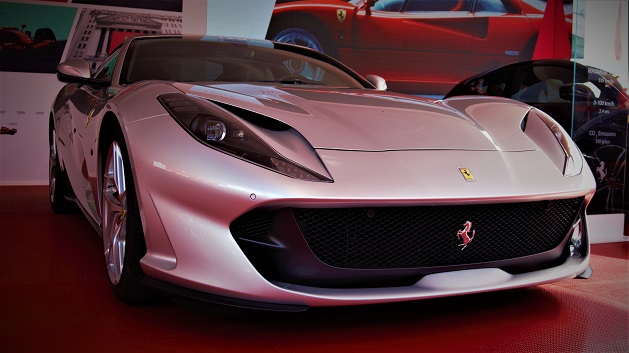 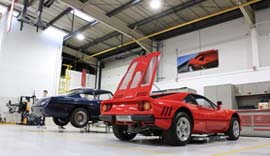 Service your Ferrari at our state-of-the-art Service Centre 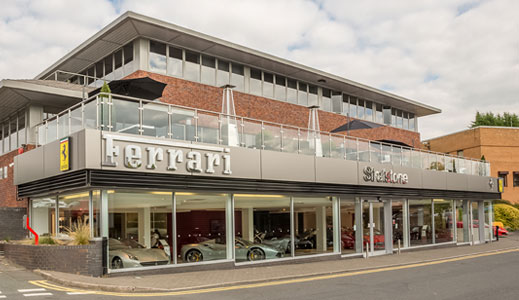