Convertibles. Soft-tops. Roadsters. Cabriolets. Whatever you may refer to them as, when summer finally arrives we all see the tempting appeal of the open-top vehicle.

But what are the best used ones available? Check out our top 5, to find out!

First introduced in 1999, the Mk1 Audi TT was a design revelation, and became an instant icon for car design. It was strikingly different, classy, stylish and very premium. Naturally, this meant spectacular sales for the German manufacturer who capitalised on its success by making the coupe into a convertible to challenge rival manufacturers efforts.

Like many modern era Audi's, the cabin is a nice place to be with quality materials used throughout. The most common engine found in the TT is usually the outstanding 2.0-litre TSI petrol, with various power outputs which see some TT Roadster models hitting 60mph in under 5 seconds.

The Mk3 TT Roadster (pictured) has sharper styling than the previous two generations, and the latest model's cabin is a lot more minimal and features the incredible Audi virtual cockpit. Previous generations are still hugely sought after and make a fantastic used buy, due to their superb build quality, fantastic engine selection and decent reliability.

The Mk1 can be had for well under £10k and later Mk2 models tend to be from around £10k up to £20k (expect to pay a little more for an RS model) whilst the Mk3 can be had for circa £20k plus. The TT Roadster range also has the option of either petrol or diesel engines.

Unbelievably, the first-generation Porsche Boxster is now over twenty years old, having being launched in 1996. Back then it was the entry level Porsche - a hugely tempting proposition, as the car is a fantastic drivers' car with a crisp chassis and excellent handling.

Being a Porsche meant it had the performance to match with early models having circa 250bhp - not bad for an 'entry level' Porsche. With each new-generation, the Boxster has continued to impress.

The Boxster is quite simply a fine 2-seater, open top sports car. Later models come with even more punch, some with over 350bhp and a sub 5 second 0-60 time. It is possible to get an early Boxster for sub £10k, however later versions with reasonable mileage can be had for around the £15k mark.

The latest models typically range between £30-50k, depending on spec. The Boxster engine range is also only available in petrol - which is unsurprising, due to the nature of typical Porsche sports cars. 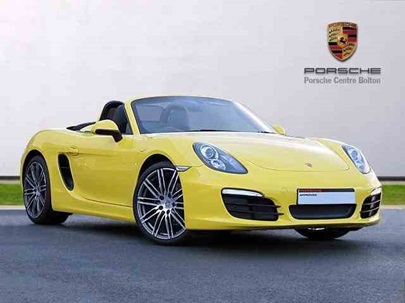 You may have noticed nearly all the convertibles in this list are from German manufacturers. Quite simply, they know how to make a decent 'soft-top', and the Mercedes-Benz is no exception with their SLK. It's been around for quite a while now, having been first introduced in 1996.

Since then, new generations have been introduced, all following on the typical SLK look. It's naturally good looking, and at first glance looks like a coupe, thanks to its metal folding roof. It also has the roadster-like long bonnet, sleek looks and unique styling familiar with the models in the Mercedes-Benz range.

Inside, the cabin has a beautifully upmarket feel with some premium options available, such as the air-scarf which blows warm air on the back of your neck when the top in down whilst driving.

The SLK comes in a choice of petrol or diesel engines, with the diesel options being rather economical, if not as punchy as the petrol versions. Driving dynamics have improved significantly with new generations, too. Early models can be had for under £10k, whereas new versions, especially AMG models can fetch around the £40k bracket. 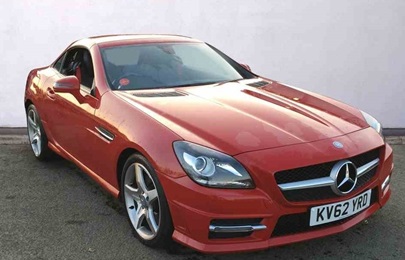 Back in 2003, BMW launched the first generation Z4. It had to look the part to compete with striking alternatives offered by rival manufacturers. With a textbook long roadster bonnet and sleek design, it did just that.

What's more, with a selection of typically strong BMW petrol engines featuring an entry-level 2.0-litre, as well as a six-cylinder 2.5 and 3.0-litre also on offer - performance was plentiful.

Fast forward to 2009, it was the gen-2 Z4's time to shine. Following the same principles, it features a metal folding roof, similar classy textbook roadster styling and a range of decent engines - with 4 and 6 cylinders offering various performance and economy.

Being a BMW it is beautifully refined with a cabin full of high quality materials and crisp and clear functionality. Just because the Z4 is a looker, doesn't mean the driving experience has been hampered, as staying true to most BMW's the Z4 drives really well.

Gen-1 Z4 Roadsters can be had for well under £10k whilst later models later models can be found for £13k and up to circa £30k. 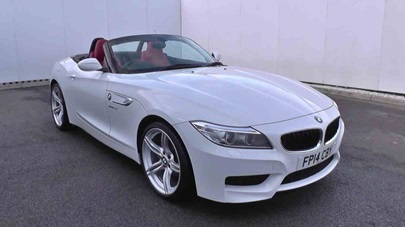 In 2013 Jaguar launched the F-Type convertible, a modern-day sports car successor to the iconic Jaguar E-Type convertible launched in the '60s - a car Enzo Ferrari said was the most beautiful car in the world.

Naturally, with the F-Type being from the same gene pool, it succeeds in being yet another fine-looking Jaguar. The stunning looks are complimented with breath-taking performance, from a variety of evocative petrol engines. An orchestral 3.0-litre Supercharged V6 and a colossal 5.0-litre Supercharged V8 SVR are responsible for making the F-Type cover ground at astonishing rate with the V6 producing 335bhp and the V8 SVR producing 570bhp. This means the V6 can hit 60mph in just over 5 seconds, with the V8 doing the same in 3.5 seconds.

The advantage to having a F-Type convertible means the driver can hear the glorious exhaust note and engine in perfect harmony thanks to the convertible body style. One other person will be able to appreciate the noise with you as the F-Type Convertible is only available with two seats. The interior benefits from being typically Jaguar with beautifully selected trim finishing's, crisp and clear touchscreen infotainment and body hugging sports seats. 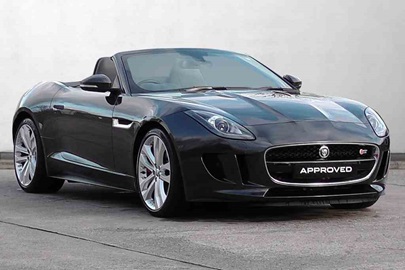