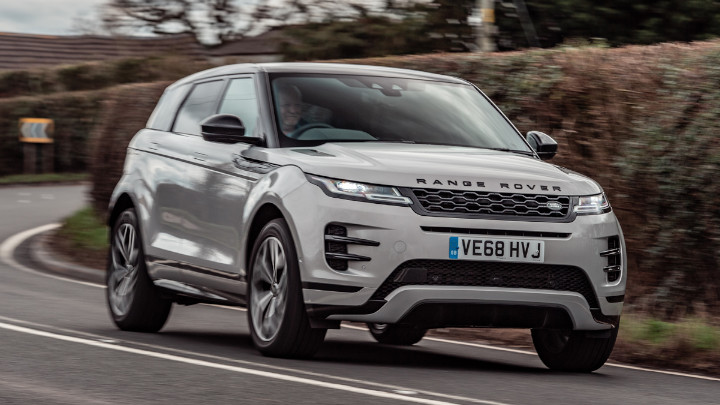 Land Rover's fashionable SUV lives up to expectations by offering advanced technology and a refined ride as part of its extensive arsenal.
View Offers

The Evoque is still built at Land Rover’s Halewood factory on Merseyside where, despite the current economic turmoil, it has invested more than £1 billion for its new baby which comes off the same line as the Discovery Sport.

The new model is priced from £31,600 at the time of testing for a front-wheel-drive 150bhp diesel manual, and that is a fraction more than before.

Never before has the drive of a new model started with the windscreen being completely blacked out, rendering it impossible to see ahead.

That is what Land Rover did to demonstrate its revolutionary forward facing camera system on the new Range Rover Evoque.

Driving off using only a multi-view image of what was in front shown on the Evoque’s upper display screen, it was possible to manoeuvre the car without issue around a circular route, kept in check by virtual guidelines and artificial wheels projected on to the screen.

Land Rover calls the system Clear Sight Ground View, and it is just one of a number of technological treats that make the latest Evoque so special.

Another is a camera mounted in the rooftop antenna, which gives a wide angle display of what is going on behind the vehicle in the rearview mirror.

The line-up tops out at £48,300 for high specification First Edition models, which come with special trim and full leather upholstery.

The Evoque we sampled came in top but one HSE specification with the most powerful diesel engine and was priced from £47,800.

On the connectivity front, the new Evoque is fully smartphone compatible, has six USB points and three 12-volt outlets and a Wi-Fi system that allows for up to eight devices to be connected simultaneously. It is also capable of receiving software updates automatically.

The rearview mirror video system is standard on HSE models while the Clear Sight set up is part of a surround view camera arrangement and an £800 extra but comes into its own, not only off-road, but also in tight spaces such as multi-storey car parks.

At the moment, it is a feature that is unique to the Evoque and another string to the bow of the Range Rover, which has become Land Rover’s top-selling model.

There is a 48-volt mild hybrid power system which Land Rover claims improves fuel economy by up to six percent, as well as a plug-in hybrid version and a 20 percent bigger diesel tank which ups range to more than 550 miles.

All other versions are four-wheel drive, 9-speed automatics and cost from £35,100 for one with the same 2.0-litre Ingenium diesel.

Petrol versions are priced from £35,950 for a 200bhp model and each engine is available with three differing power outputs, adding 180bhp and 240bhp diesels and 250bhp and 300bhp petrols.

Not only is the twin turbo engine immensely capable – there is 369lb ft of torque as well as 240bhp – it is also incredibly quiet, such is the noise insulation.

Top speed is a claimed 140mph and 0 to 62mph acceleration is 7.2 seconds, almost as quick as the 300bhp petrol but with the benefit of 40.4mpg at best compared to the 30mpg of the petrol. Emissions are rated at 163g/km.

On our run we saw an average of 37.2mpg and that was not far away from the official 37.9 ‘high’ figure under the new WLTP fuel tests.

What impressed most was the degree of composure from the new Evoque, and it handled with considerable refinement no matter what was asked of it.
Chris Russon

Off-road, its ability has also been enhanced and as well as Land Rover’s Terrain Response system the Evoque is also fitted with All Terrain Progress Control which will be enough for most conditions.

While there are no low ratio gears, the Evoque can handle severe terrain, as it demonstrated at the Land Rover Experience Centre at Peckforton in Cheshire, where it conquered a rutted and muddy technical course with plenty of axle articulation with considerable ease.

Ground clearance is 212mm and that is its only limiting factor, while the HSE has a towing limit of two tonnes.

There is more luggage space in the boot, and on top of that, it has more off-road ability, a longer wheelbase for more rear legroom and has inherited several style features from the larger Range Rover Velar in the shape of retractable door handles and the twin-screen control system which operates virtually all of the car’s functions.

As such, it is much more Range Rover than before yet has kept its distinctive looks and at 4.37 metres long is just one millimetre bigger – the same size as a Ford Focus.

The cabin is now a class act. It looks high-tech, and it is, with the twin central displays complemented by a multimode instrument panel with a TFT screen.

A revised centre console now has side by side cup holders which has allowed for more storage in the main box, while boot space is now a minimum of 591 litres – significantly up from the 400 litres of the original model.

Maximum capacity is 1,383 litres, while there is almost an inch more legroom in the rear seats.

The latest version of the Range Rover Evoque maintains its place as one of the most fashionable SUVs currently available. While the shape may look very familiar, Land Rover says the only part carried forward from the original are the door hinges. Everything else is new - as is the whole Evoque experience. 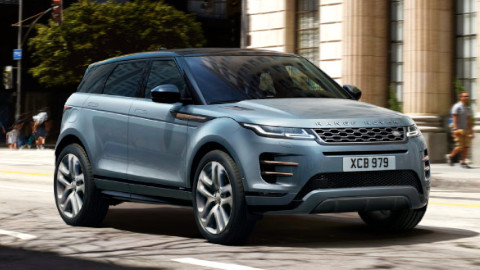 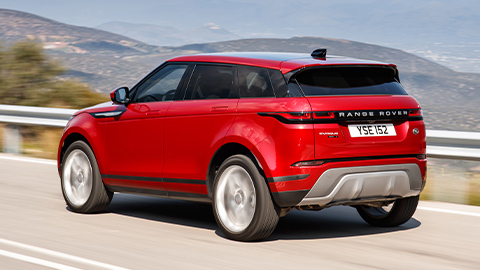