Lightweight, mid-engined, rear-wheel drive and Italian - it's hard to ignore such a recipe. After all, these may well be the textbook ingredients for the perfect sports car. And when it looks this good, it's sure enough going to make anyone look twice - petrolhead or not.

The Alfa Romeo heritage itself is quite something. Motor racing is certainly a highlight of the Italian manufacturer's history. And a certain Enzo Ferrari, was once a racing driver for Alfa, and you only have to look at the back catalogue of Alfa Romeo models to appreciate their stunning design philosophy. There's a new chapter on the horizon too, with Alfa Romeo returning to Formula 1 in partnership with Sauber from 2018.

Teased at the 2011 Geneva Motor Show, the Alfa Romeo 4C was initially showcased as a concept. The crowds were in awe of its stunning shape, compact size, gorgeous lines and typical Italian flair. Alfa Romeo had created a supermodel, in the form of a passion-wielding lightweight sports car. With production models traditionally striving away from their concept counterparts, the world thought Alfa would inevitably tone down the final version when - and if - they ever came to unveil it.

Two years later, at the prestigious 2013 Geneva Motor Show, Alfa revealed the 4C production model. Instead of a watered-down version of the show-stopping concept, Alfa had pretty much kept it identical. A year later, again in Geneva, the Alfa Romeo 4C Convertible was launched - called the Alfa Romeo 4C Spider. Its roofless silhouette was arguably even prettier, and by bestowing it with the achingly cool Spider name, Alfa continued to appeal to everyone and anyone who looked the way of the 4C.

Finished in Rosso Alfa, our 2014 Alfa Romeo 4C Launch Edition has covered only 3,600 miles. The Launch Edition is one of a 1000 examples worldwide and features carbon fiber details which make it distinguishable from non-Launch Editions.

These include carbon fiber mirrors, spoiler lip and additional air intakes on the front bumper. Our 4C is also finished off with the classic Alfa Romeo 5-hole alloy wheels with the dark finish. 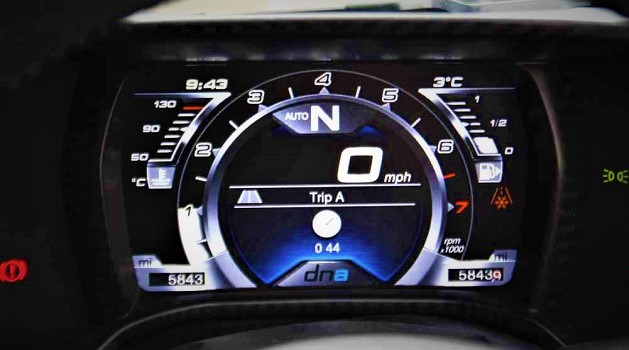 Finished in Giallo Prototipo (yellow) with just under 4,000 miles, with contrasting black roof and details, the first one of our Alfa Romeo 4C Spider models certainly stands out. 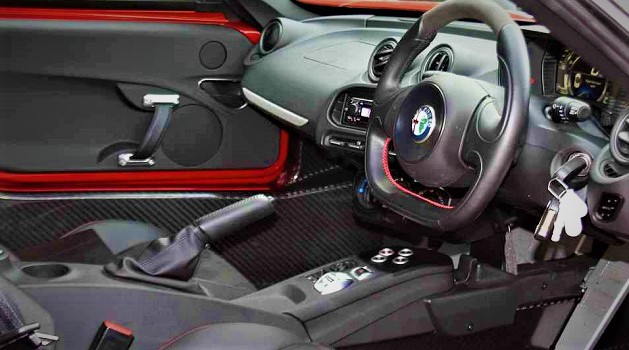 Alternatively, finished in Rosso Competizione with just under 6,000 miles we have another stunning 2016 Alfa Romeo 4C Spider. Again, coming with the 19-inch dark finished alloy wheels and xenon headlights - this particular 4C is specified with the leather & microfibre fabric seats with red stitching.

With all three models sitting around £40,000, you will struggle to find something less than six-figures that looks as gorgeous as this baby Alfa.

So, coupe or spider?

Or, why not take a look at our selection of other quality used Alfa Romeo models?