8 Reasons Why the Used BMW i8 Is a Supercar Steal

Despite the BMW i8 having a rather eco-conscious nature about it, this space age sports car is often referred to as a supercar. No surprise really, given its head-turning looks.

But should you buy one? Does it match up to its looks? Does it deserve to be mentioned in the same breath as a supercar? Read on to discover our eight (get it, i-eight...) reasons why it is a 'supercar' bargain.

It turns heads for fun 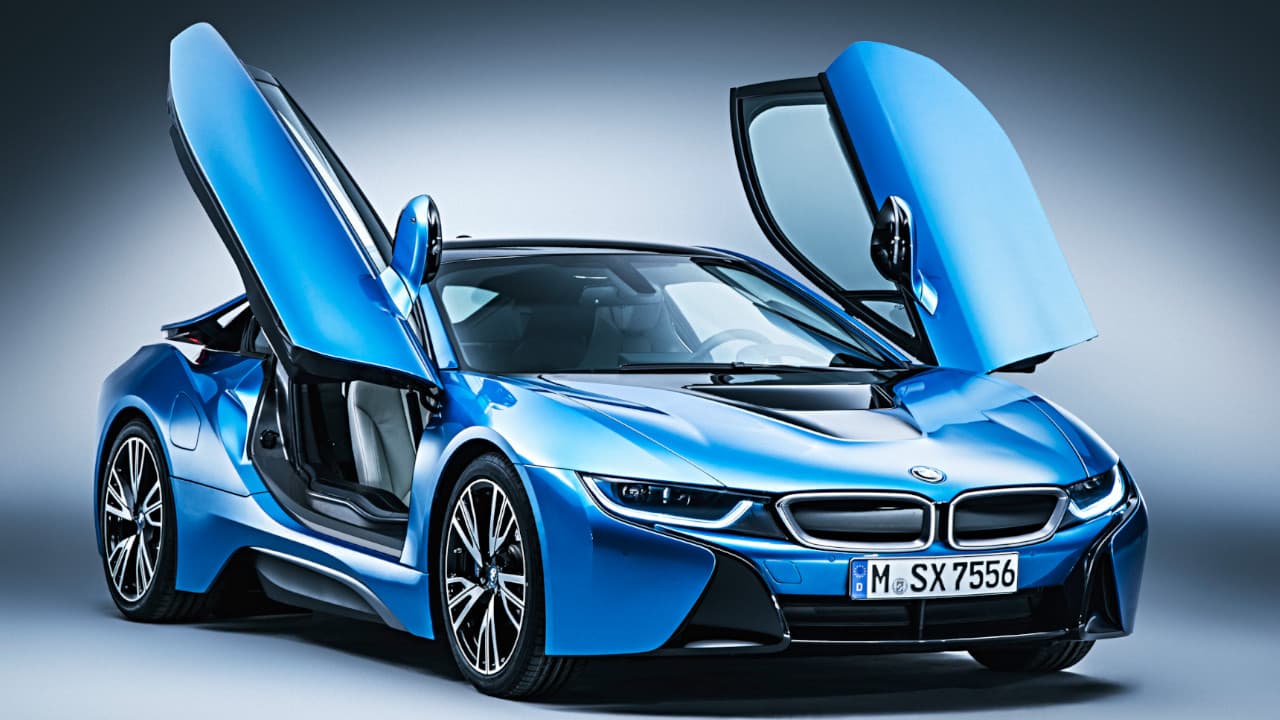 Perhaps the most obvious reason, really. The looks were very much ahead of their time in 2014, and even today the i8 still looks incredible.

It may be cliché, but the i8 genuinely does look like it has come from the future. Available in a range of colours including 'Sophisto Grey', 'Ionic Silver', 'Crystal White Pearl Effect' and 'Protonic Blue', depending on your preference, these colours give the i8 a different aura.

For example, a white version looks like the automotive version of a stormtrooper, whilst black is typically classy. BMW has of course released a few more colours incuding 'Frozen Yellow', 'Protonic Red' and 'Java Green', but these are a lot rarer, and of course command a premium over standard colours. No matter what colour you go for, you are going to get attention.

It is a quick car 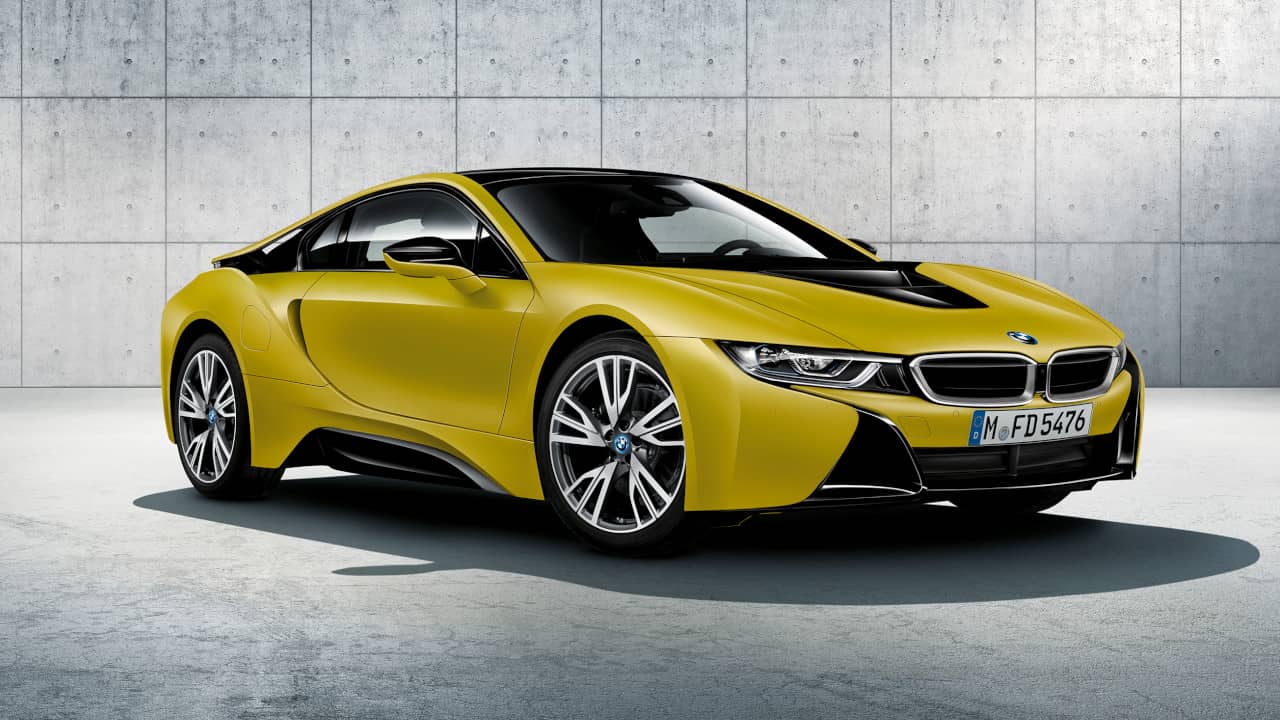 The i8 will go from 0 to 62mph from a standstill in just 4.4 seconds, with its top speed limited to 155mph (like most BMWs). Therefore, in terms of straight-line performance, it is similar to that of a bona fide BMW M car.

The power is thanks to some wizardry BMW did with the engine that the i8 uses. Unbelievably, the engine is taken from a humble 1.5-litre three-cylinder MINI Cooper. Although, it has been modified to give it the extra naughtiness, producing 231bhp, whilst an electric motor boosts power by another 143bhp. The clever hybrid combination ensures the i8 is certainly not slow, by any means.

This means that the i8 not only looks the part, it can get a bit of a move on when prompted, and being a BMW, the driving experience is rather excellent too.

You can commute for peanuts 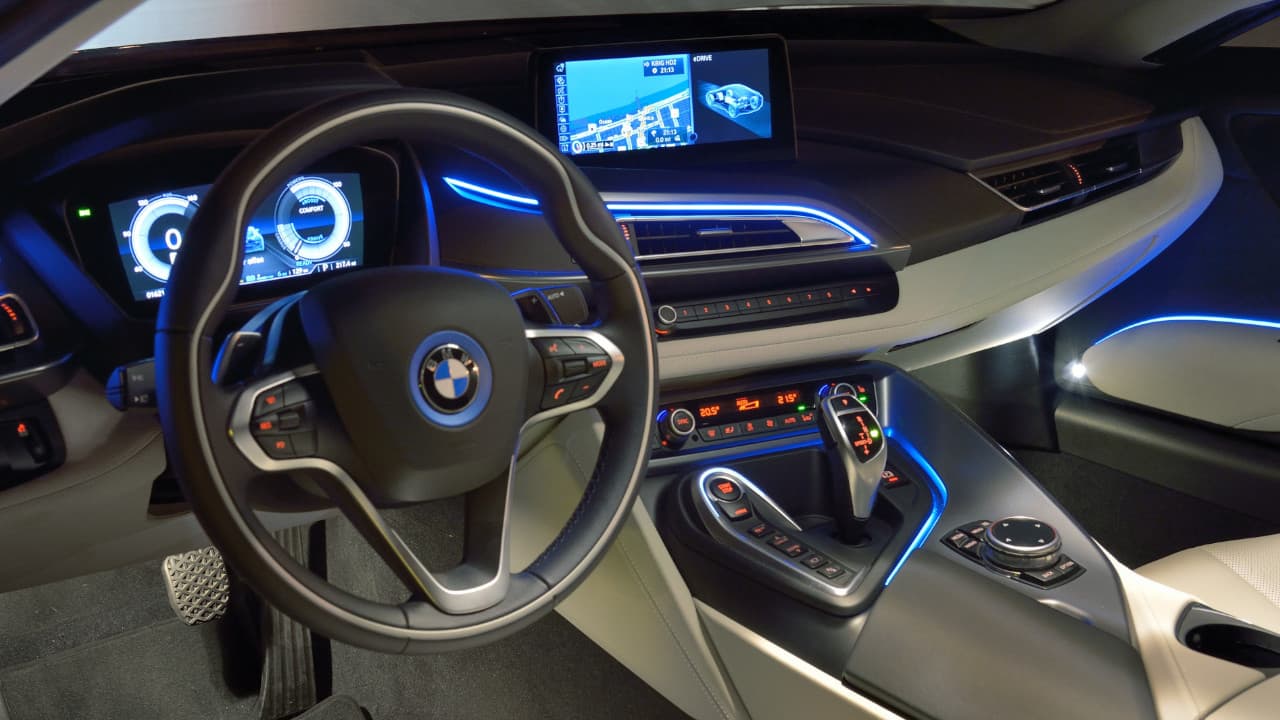 Like most exotic and supercars, economy is usually at the bottom of the list. And what with the i8's cool factor and power, it is a bit unsuspecting that on a full electric charge the i8 will get around 25 miles - purely on nothing more than electricity.

Therefore, if the office is around 20 miles away, you can get to work, charge at work and get home and it will have cost you next to nothing - may have to run it by your boss if you are charging your i8 at work, mind.

Officially, the BMW i8 can return 135mpg - which it will not get nowhere in real world driving scenarios, if we are totally honest, but you will still get mpg which combustion engine supercars can only dream of, and you can also brag about having a fast car that is genuinely economical.

It was ahead of its time 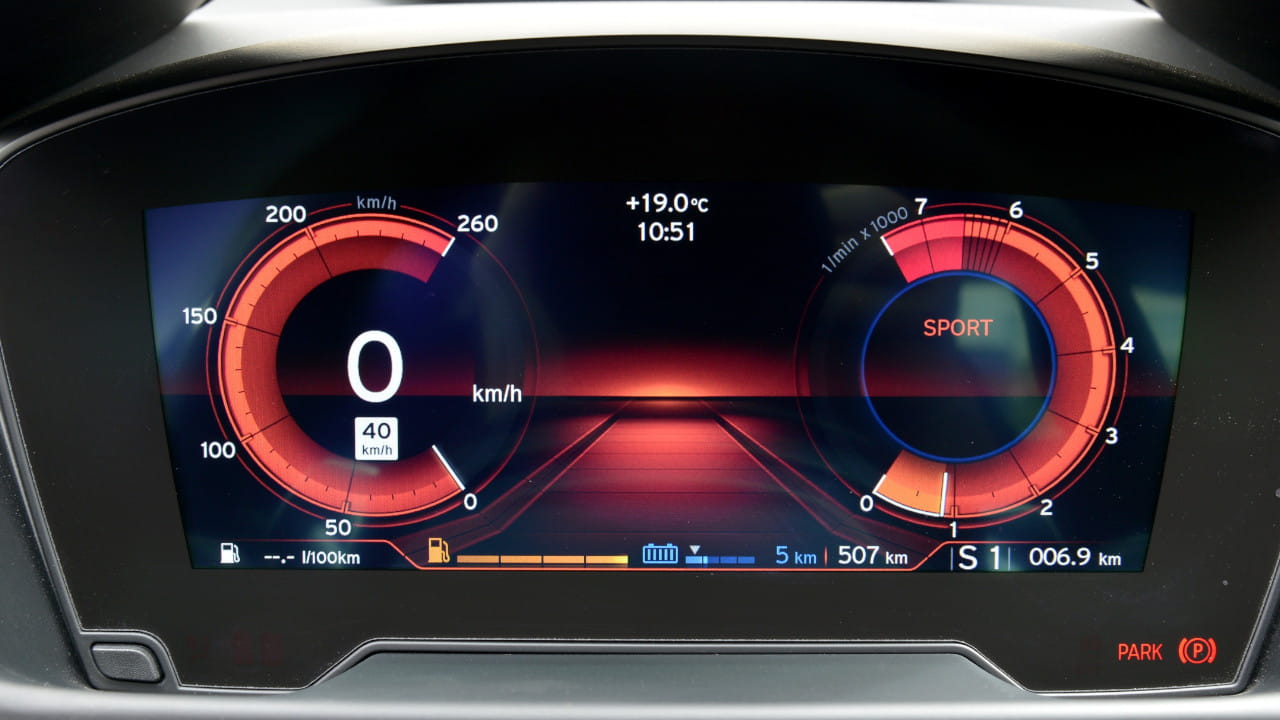 One of the world's most iconic and famous brands, the BMW i8 has a foundation of excellence learnt from BMW's incredible history. Therefore luxury, comfort and performance are going to be taken care of easily. And let's not forget, BMW have a history for creating some properly incredible cars and the i8 now takes pride of place in this legendary list.

Not only is the BMW i8 a car in which is way ahead of its time, it has also given petrolheads and avid BMW customers something to smile about in regard to the future of the automobile.

Being German, the car is also wonderfully built and features an interior full of quality materials and of course, heaps of state-of-the-art technology. The body also features parts made from lightweight carbon fibre, which complement the car's performance. With a digital instrument cluster, it is only now we are seeing other manufacturers adopt this style. BMW did it back in 2014 with the i8.

It has got awesome butterfly doors 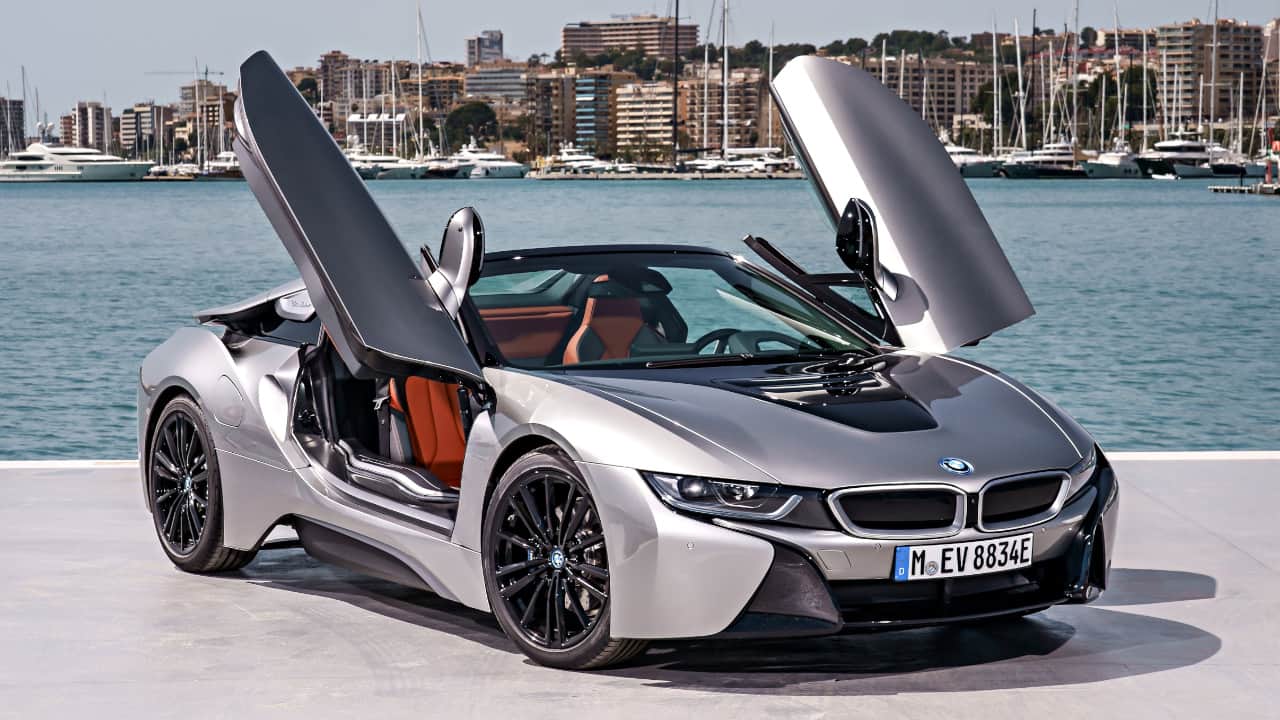 There is something wonderfully incredible about doors that open rather a like a butterfly's wings. The Mercedes-Benz 300 SL, McLaren F1 and Lamborghini Diablo have all made famous similar styled doors, so for the i8 to be mentioned within the same breath as these cars is pretty cool.

It enhances the supercar vibe of the car, and if you are going to make a car like the BMW i8, you may as well go the full 100% and BMW certainly did with these doors, being the metaphorical icing on the cake.

Granted, they will be a bit of a nightmare in tight parking spaces, but as we all know, some of the best cars on the planet have one or two drawbacks or annoyances. At the end of the day, these doors complement the whole aura of the car.

It is rather economical

Despite the supercar looks and exotic nature of the BMW i8, it is actually really good when it comes to its economy. Official figures, as stated previously, claim around 135mpg is possible, but in reality it will be more like circa 50mpg - which is still fantastic for a sports car, that often gets recognised as a supercar.

Okay, so if you can afford a BMW i8 in the first place, fuel economy is not really going to affect your bank balance too much, but it is always nice saving money.

We cannot see people swarming to buy a BMW i8 because of its decent economy, but it is nice to save a little here and there, and means the you can spend more time behind the wheel, which is always a good thing. 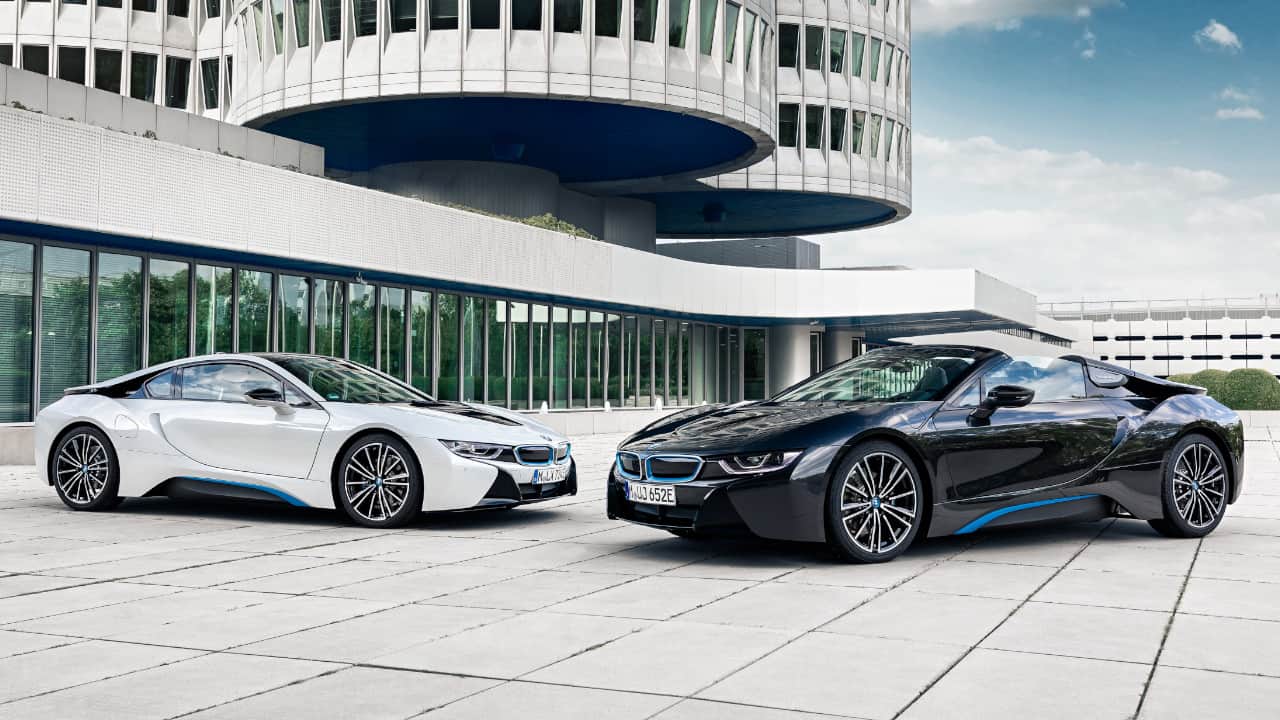 Unsurprisingly, the BMW i8 had an RRP of over £100,000 new, which was unsurprising considering its incredible looks and technology. But over time, depreciation affects many cars, and therefore, the i8 is now available at under half of its original price. This makes it properly tempting in the used car market.

Sure, somebody else has had the magic of owning the car from brand new and maintenance is perhaps going to be a touch more expensive than if the car was new - as is the case with any used car, but it is possible to get your hands on high-quality examples, including many dealer approved used cars. So, you will benefit from an approved used warranty, which will give you complete peace of mind.

Stratstone BMW can help, if you are in the market for your very own Used BMW i8. 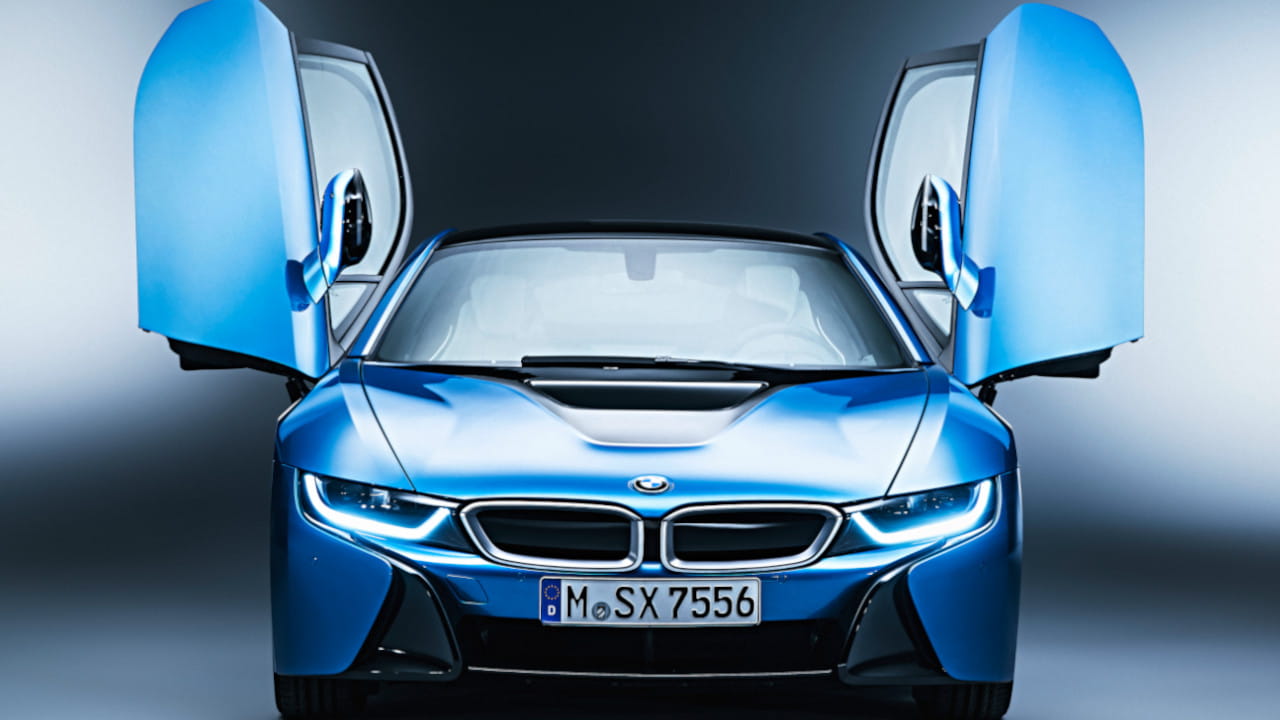 Some cars fail in vital areas, but the BMW i8 ticks a lot of the boxes for a magnitude of car buyers. Stripping back the reasons, the BMW i8 offers:

With all the reasons in mind, what is not to like? As a total package, the BMW i8 may seem like a smart buy when you take into account just how many boxes it ticks. Okay, it may not be the most practical car, but then, you cannot have it all.

Find your perfect BWM i8

If you fancy owning your own BMW i8, why not take a look at our used BMW selection to find your perfect example.

Alternatively, why not get in touch with your local Stratstone BMW if you would like help finding your ideal specification of the BMW i8.