As part of the 70 Years of Ferrari celebrations, Stratstone Wilmslow were lucky enough  to showcase some of the rarest, most sought-after, Ferrari models ever created for our Ferrari- owning guests.

The evening complemented the Ferrari 70th Anniversary Capesthorne Hall event which took place earlier in the day.  The event had an 84-car Ferrari parade which drove through Alderley Edge and Wilmslow before reaching the Ferrari Wilmslow dealership to finish the celebrations off in style.

Guests had the chance to round off the day of celebrations with a superb three course meal on the top floor of the Wilmslow showroom, alongside the all-new Ferrari 812 Superfast.

Discover which iconic models were showcased in our list below.

The ’59 250 GTE was the first mass produced four-seat Ferrari, it was designed to be driven. Production of this classic began in 1959 and ended four years later in 1963, with three model variants between the 4 years. These were ‘Series I’, ‘Series II’ and ‘Series III’. A total of 954 examples were built, with just 46 right-hand drive versions part of the final production run. The most sought after unsurprisingly happens to be the original - the Series I, with only 299 examples produced. It uses a typical Ferrari V12 engine, which produced 240PS. The 250 GTE is a very special car (which Ferrari isn’t?) as it happened to be founder Enzo Ferrari’s car of choice. 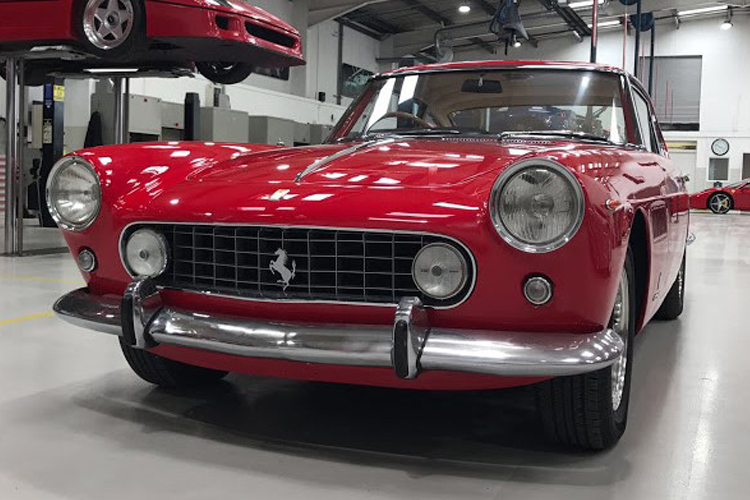 Built to celebrate 40 years of Ferrari, the F40 was perhaps the most iconic supercar of the ‘80s. It also happened to be the last Ferrari given the seal of approval by the founder of Ferrari – Enzo Ferrari.

It was essentially a racing car for the road with its unmistakable low-slung body and huge rear-wing. The F40 was ‘the’ supercar of the ‘80s, and today people often tell of how it was the iconic poster which took pride of place on young boy’s bedroom walls. The F40 featured rear-wheel drive, with a mid-mounted engine for the ultimate drivers’ Ferrari. It also has the famous ‘pop-up’ headlights. 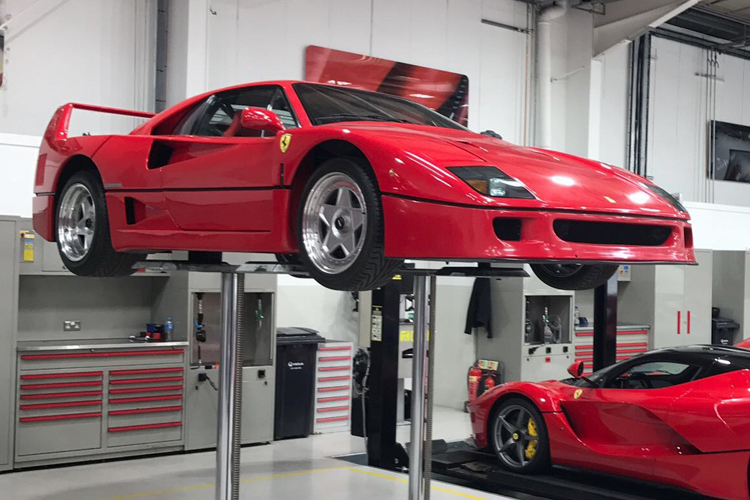 Announced in 2010, and produced for a total of six years, the 599 GTO was (when launched) the fastest road-going model in Ferrari history. It is based on the extreme track only 599xx and 599 (see what they did there?) GTO’s were made. Capable of over 208mph thanks to a magnificent V12 engine, the GTO is yet another unbelievable Ferrari and the most sought after of the 599 generation.

Unbelievably, it weighed almost 100kg less than the standard Ferrari 599 and can lap the Ferrari Fiorano test track a whole second quicker than the legendary F1 inspired Ferrari Enzo. 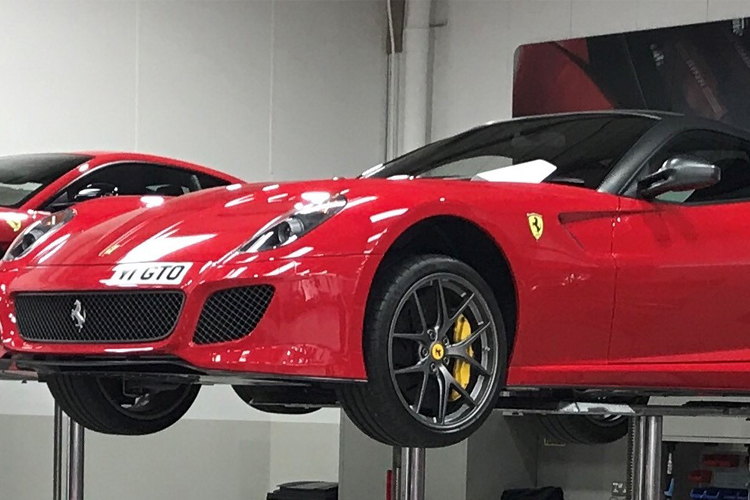 Introduced at the 1962 Paris Motor Show, the Berlinetta GT Lusso is a classic rare Ferrari. It was the final model of the iconic 250 series, which produced some of the prancing horse’s most valuable cars.

Produced between 1963 and 1964, Ferrari created 350 examples, with only 22 right-hand drive versions. It was designed by Pininfarina who have been a strong part of various Ferrari designs throughout the brand’s history. It’s fair to say they know how to design a car, and the 250 GT Berlinetta Lusso is perhaps the most beautiful. Being a front-engine Ferrari, the interior was very spacious for a car of this type and made for an excellent grand tourer. 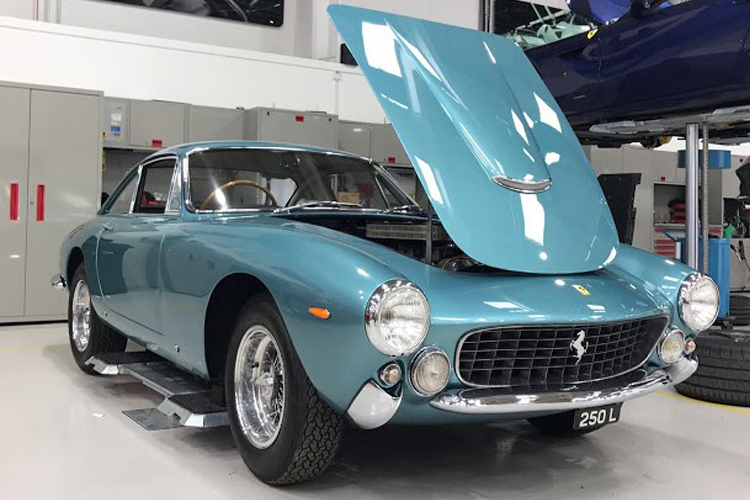 The incredible Enzo is of course named after the Ferrari founder – Enzo Ferrari. Only 400 examples were built of this striking supercar. It was showcased in 2002 and demonstrated the latest technology and aerodynamics from Formula 1, implementing carbon-fibre within the body to ensure lightness and strength.

The car also encapsulated an evocative and orchestral Ferrari V12 which ensured F1 car like performance. This was helped by a monumental amount of power – 660hp to be precise - and weighing in at only 1255 kg. Back in 2002 and by today’s standards, the Enzo is an incredibly fast supercar. Although released over 15 years ago, the Enzo still looks every bit as futuristic as it did back in 2002. 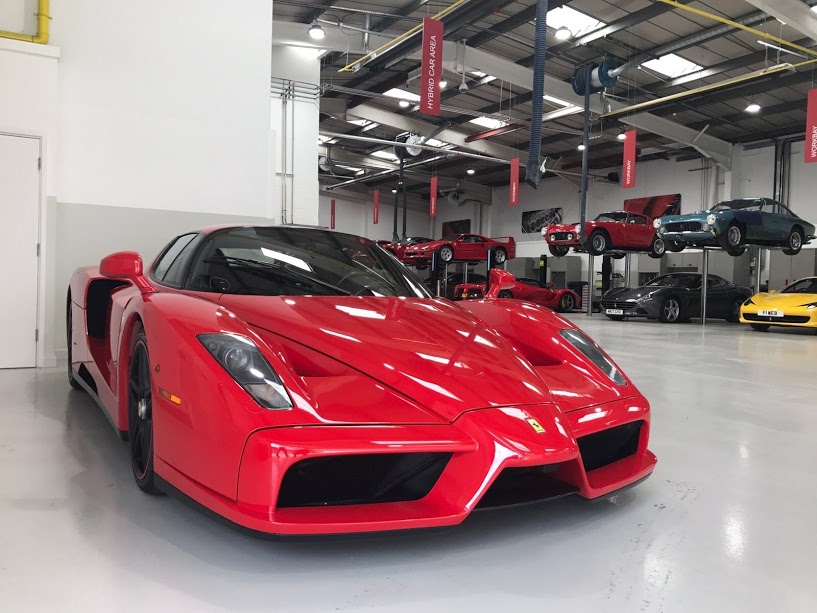 The Ferrari 250 SWB is a beautiful classic Ferrari, famous for its racing history and success. ‘SWB’ stands for Short Wheelbase and the 250 SWB was the last time Ferrari would make a car that needed minimal adaptions or modifications to make it suitable for racing.

With a kerb weight of only 960kg, and power ranging between 240 and 280hp, the lightweight 250 SWB was complimented by heaps of power. Back in the ‘60s, 200+ horsepower was unheard of and it still is today.

This is one of the main reasons the 250 SWB proved so successful in racing – it had the necessary ingredients. Incidentally, it was also the first production Ferrari to have four-disc brakes. With only 167 made, 10 being RHD, the 250 SWB is ultra-rare and when for sale, commands well into seven-figures. 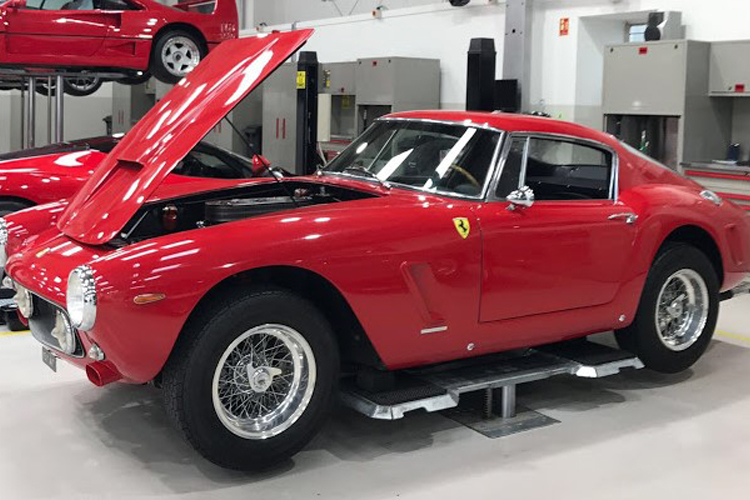 Reaching 60mph in an unbelievable 2.9seconds and capable of over 211mph, the F12tdf represents outstanding levels of performance. This is certainly more so than the standard F12, with the tdf being the range-topping F12 Ferrari.

Power comes from a front-mounted 6.3-litre V12 engine and the car itself features clever four-wheel steering to ensure amazing racing car like performance. Just 799 of the limited run F12tdf were made which can also smash 200mph with ease.

As many modern supercars use turbo-charging to ensure huge power outcomes and performance, the tdf is quite remarkable. It uses a naturally aspirated engine, and has been very received by Ferrari purists and car enthusiasts. 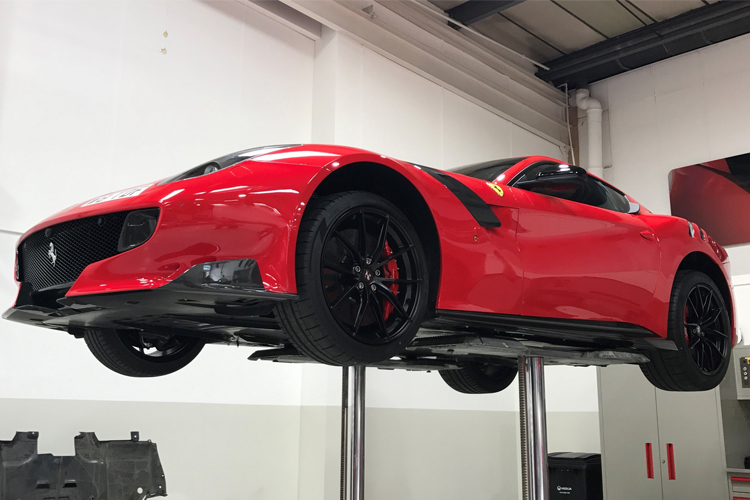 The current flagship of the Ferrari model line-up - the LaFerrari.

The LaFerrari is a hybrid hypercar, with state-of-the-art looks and technology. With just 499 built worldwide, it’s incredibly rare with unbelievable performance. It is the most extreme Ferrari road car ever, with 60mph coming up in under 3 seconds.

The hypercar is also the first ever production car to be equipped with a HY-KERS system (an F1-derived hybrid solution). Throughout the car, there is distinct, incredible, F1 styling.

The LaFerrari has shown that the future certainly doesn’t have to be boring, even though the electric car is sometimes negative amongst petrolhead’s. Ferrari have used electricity to further enhance this incredible hypercar. 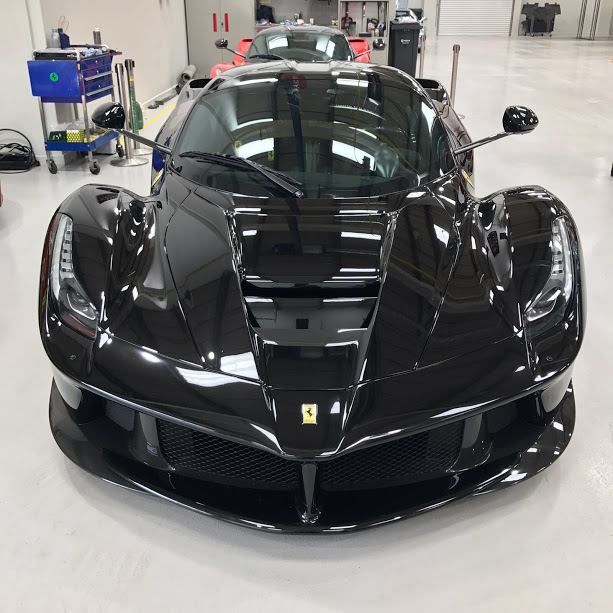 Although not on display in the Ferrari Wilmslow workshop, the latest model created by Ferrari – the 812 Superfast - attended our 70 Year Celebration.

It wouldn’t have been right if we didn’t include it in the list! After all, it is the fastest and most powerful Ferrari ever (of course after the limited series, rear-engine LaFerrari).

The Ferrari 812 Superfast can hit 62mph in a mind-numbing 2.9-seconds and can reach 211mph, thanks to an incredible V12 powerplant.

The 812 Superfast represents another milestone in Ferrari history, as it is the first Ferrari to feature EPS (Electric Power Steering), allowing the driver to fully utilise the available power and performance. 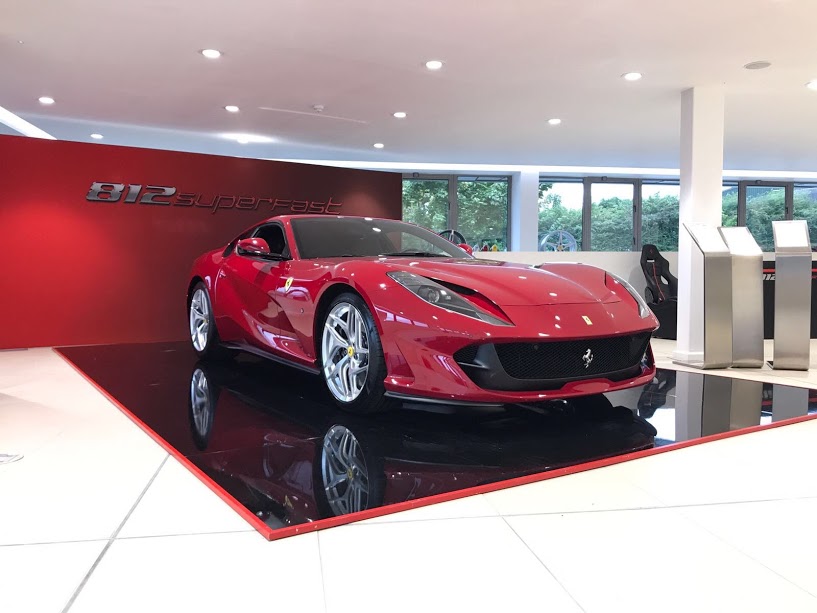 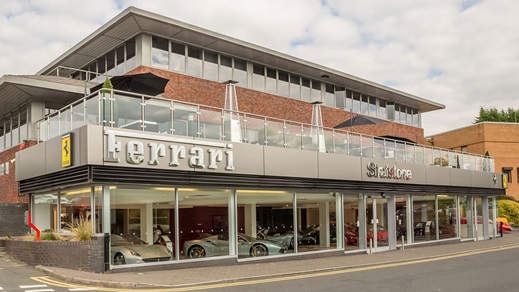