When you’re planning on showcasing some of the world’s finest cars, from an eclectic mix of sought-after marques, the venue in which you choose needs to be perfect. The Artillery Gardens of the Honourable Artillery Company’s Headquarters proved to be a textbook location, and on the 8th and 9th of June 2018 London Concours came to the city of London, to the delight of automotive enthusiasts and collectors alike.

We’ve put together just some of my favourites below. It’s worth noting that they are in no particular order, as its simply impossible to choose our favourite!

If you’ve ever seen the Italian Job, you’ll have fond memories of an ultra-cool gentleman; sunglasses on, cigarette in hand, spiritedly driving a Lamborghini Miura up an Italian mountain pass. Like the gentlemen driving, the Miura was the epitome of cool.

Debuting at Geneva in 1966, the Miura was a bona fide supercar. A car that ultimately put Lamborghini on the map. Which is a strange one, as Ferruccio Lamborghini wanted his cars to be fast GT cars, and not race car inspired supercars.

Even when parked next to the automotive legend that is the McLaren F1, the Miura still looked every inch as incredible as it did in the ‘60s and wasn’t in the slightest bit overshadowed by the once fastest car on the planet. The bright orange paint adorned on the Miura only drew in more admiring glances.

It is definitely a bucket list drive for many as a Miura costs around a cool £1million. So, if you ever get the chance to drive one, grab your shades and put Matt Munroe on the stereo, not that you would hear him over the glorious V12. 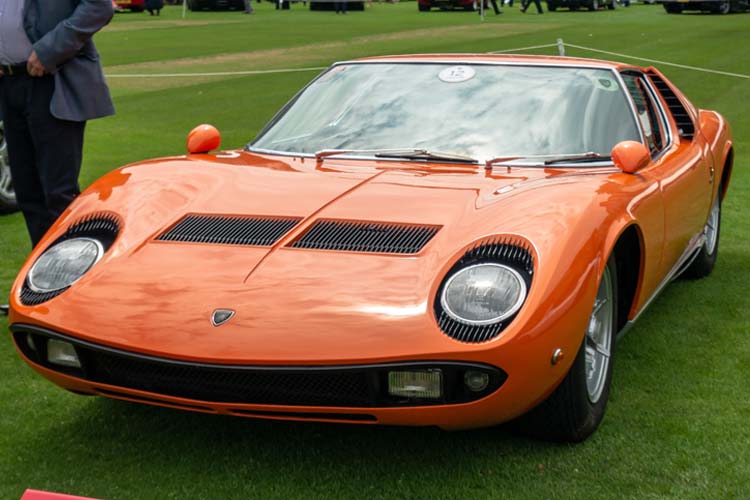 When it comes to stunning looks, Italian cars are not usually up for debate. The glorious Lamborghini Miura mentioned previously is a perfect testimony to this claim, but then the Alfa Romeo SZ may controversially divide opinion. Nicknamed ‘Il mostro’, which is Italian for ‘The monster’, at first glance the SZ may seem ugly to some. It is said that the more you look, the more the SZ’s looks entice you.

The Alfa Romeo SZ may not cost anywhere near the Miura previously mentioned, but that is perhaps one of the reasons which makes it even more appealing. In a time where bespoke and rare classic cars are commanding incredible sums of money, it’s actually possible to own a glorious low-mileage SZ for around £50,000. Okay, so it’s not got the ‘60s cool factor like the bright orange Lamborghini, but its Zagato body is something else, and have you ever seen anything like it?

With the SZ’s glorious ‘Busso V6’ 3.0-litre engine producing 207bhp, the Sprint Zagato (SZ) makes a wonderful noise. Sat pretty on the lawn, the SZ conversations hardly touch on the engine, its simply all about the styling. Will there be anything like the SZ again? 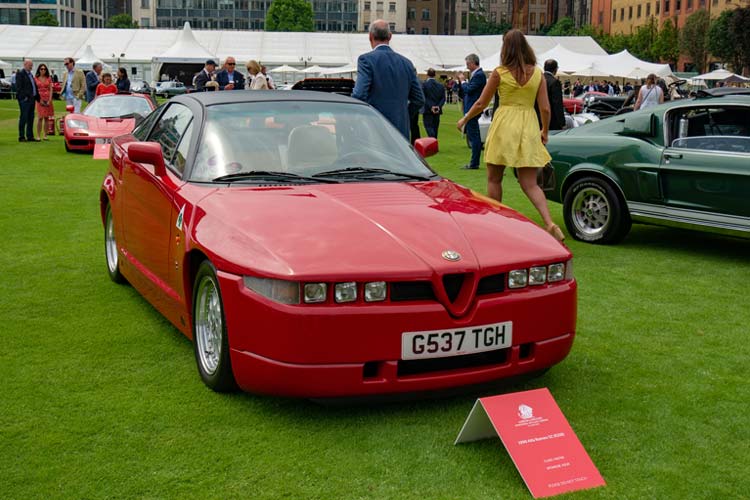 It’s not just Italian beauties that caught our eye at London Concours. If it’s a classic German car originating from Munich, it’s going to capture our attention. Hence why this immaculate example of the BMW 3.0 CSL simply had to make our list.

Unveiled at the 1971 Geneva Motor Show, BMW produced 1,265 examples of the BMW 3.0 CSL, with production concluding in 1975. The CSL was manufactured by BMW for homologation purposes to ensure that the car could race in the European Touring Car Championship.

CSL stands for ‘Coupe Sport Lightweight’ and as with any racing car, other than enhanced performance, lightness is the key to success. BMW managed to reduce the weight of the CSL by using thinner steel within the body, and by using aluminium for the doors, boot and bonnet.

This immaculate 1973 example features the larger 3.2-litre engine and also happens to be finished in Polaris Metallic with the legendary M tri-colour stripes, one of only 76 produced in this particular specification. The aero package on the CSL ensured it was ultra-competitive at racing, helping CSL racing cars win various European Touring Car Championships in the ‘70s, as well as a class victory at Le Mans. The aero package also looked cool, earning it the nickname ‘Batmobile’. 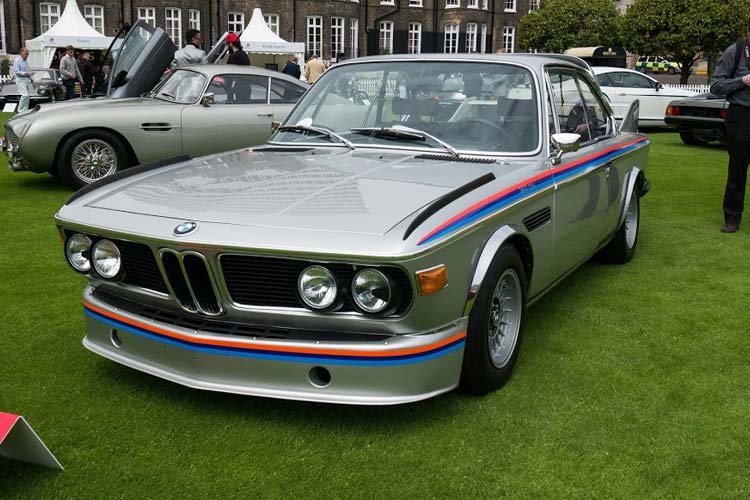 This particular 911 happens to be the most up-to-date car in this list having been launched under a decade ago in 2009. Even amongst true classics, the Porsche 911 Sport Classic doesn’t look out of place thanks to its retro styling, adopted from its classic Porsche design cues.

Only 250 examples of the Porsche 911 Sport Classic were made, and as with limited edition Porsche models, the value has since increased considerably, and it’s easy to see why. Finished in Sport Classic Grey gives the Sport Classic a bespoke look, setting it aside from many other 911 models of the 997-generation. Then of course are the retro touches. The Fuchs-style alloy wheels and ‘Ducktail’ spoiler pay homage to 911 models from the ‘60s and ‘70s respectively.

A list dominated by Italians and Germans concludes with yet another Italian. It may not be as gorgeous as the Miura, or as controversial as the SZ, but the Lancia Delta Integrale possessed dominating looks. Just as well, as it dominated the World Rally Championship in the late ‘80s and early ‘90s. Again, just like the BMW 3.0 CSL mentioned previously, the Lancia Delta Integrale was built for homologation purposes.

The ‘Martini 6’ happened to be a special edition Lancia Delta Integrale built to commemorate the 6 consecutive World Rally Constructors Championships Lancia won between 1987 and 1992. This particular example is number 122 of only 310 produced in the iconic Martini livery.

The ‘Martini 6’ followed on from the design set by standard Lancia Delta Integrale Evoluzione 1 cars, and so featured a more aggressive wider front and rear track than previous Delta models. The ‘Martini 6’ features the iconic Martini livery, as seen on the World Rally cars which includes ‘Martini Racing’ on the rear spoiler and a ‘World Rally Champion’ badge on the boot. Inside, unique teal Alcantara Recaro seats contrast perfectly against the white exterior. A neat carbon-fibre plate indicates the car’s limited edition serial number.

It’s a real treat to see such an array of cars presented immaculately in a superb location. Roll on the 2019 event. 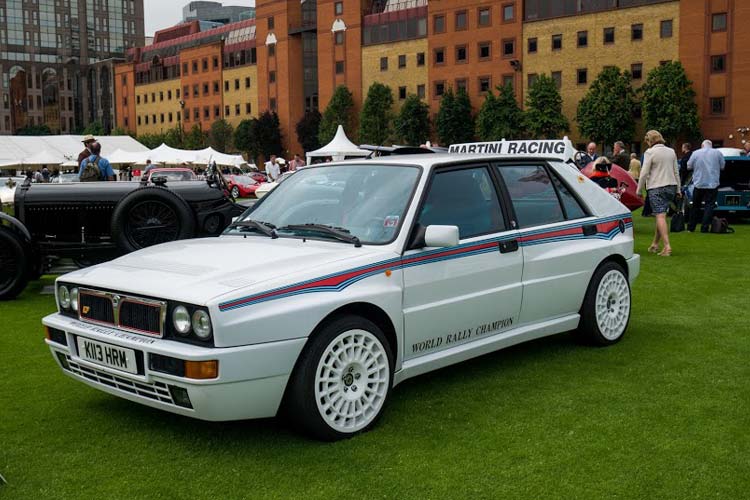