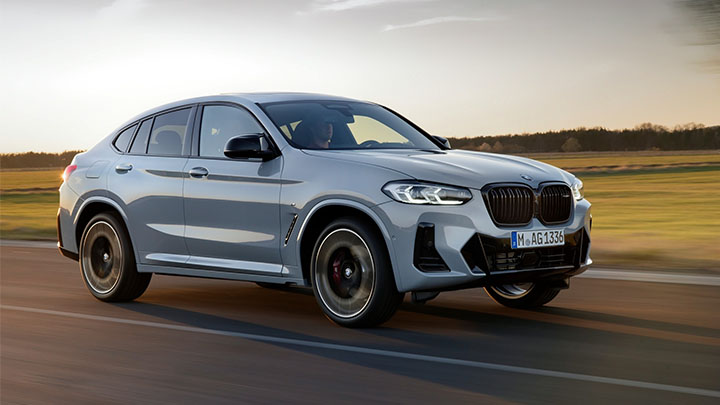 Discover our exclusive offers on a brand new BMW X4 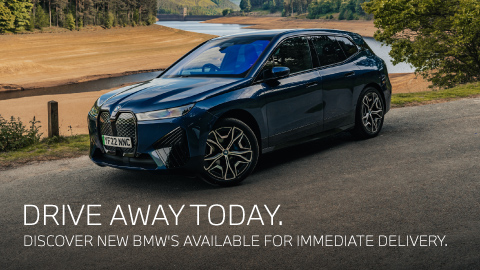 Avoid long lead times with our exclusive BMW Drive Away Today offers for vehicles in stock & available for immediate delivery.

The BMW X4 is described as a Sports Activity Coupé (SAC), meaning you get the benefits of a traditional SUV combined with the elegant contours that are often found on coupés.

More than just a pretty face with a big boot, the X4 has been engineered to offer genuine driving thrills; a trait that can be hard to come by in vehicles this size. BMW have achieved this by giving this latest model a wider stance and access to the brand's latest TwinPower Turbo engines.

Inside, the theme continues, with the introduction of smarter technologies lining up alongside a redesigned centre console and instrument cluster. In short, the latest generation of X4 is a natural academic with an athletic edge. 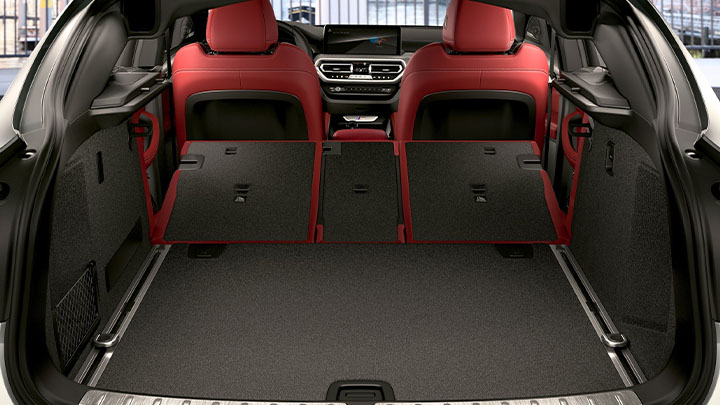 Despite the larger proportions and heightened driving position, the BMW X4 offers plenty of performance intent thanks to its coupé-inspired shape and wide stance. Integrated within the contemporary appearance are features such as the iconic BMW kidney grilles and LED headlights for an added sense of sophistication.

Inside, the front sport seats offer acres of adjustment for both the driver and passenger. And those sitting in the back will enjoy plenty of head and legroom, despite the sloping roofline.

Head to the rear and you will notice the free-form tailpipes and redesigned L-shaped Full LED rear lights. If that does not impress you, then the 525-litre boot certainly will. Fold the rear seats down and 1,430 litres of luggage capacity will present itself.

The BMW X4 can tow a braked trailer weighing up to 2,400kg regardless of the engine selected, making it a fine leisure vehicle as well as an engaging SUV.

Although the beautifully redesigned cabin has a plethora of talking points, it is BMW Live Cockpit Professional that will immediately garner your attention. In essence, you will benefit from a 12.3-inch high-resolution display that works in tandem with the fully-digital 12.3-inch instrument cluster.

Within the system lives a host of essential and desirable features. The intuitive menu design and vibrant displays make it easy to transition between adjusting the multimedia settings and altering the X4's driving modes to suit your style.

In addition to features such as in-built navigation and Alexa, you will be able to access something called Intelligent Personal Assistant. Using spoken commands, it allows you to operate numerous vehicle functions, while also accessing useful information such as the traffic conditions ahead. 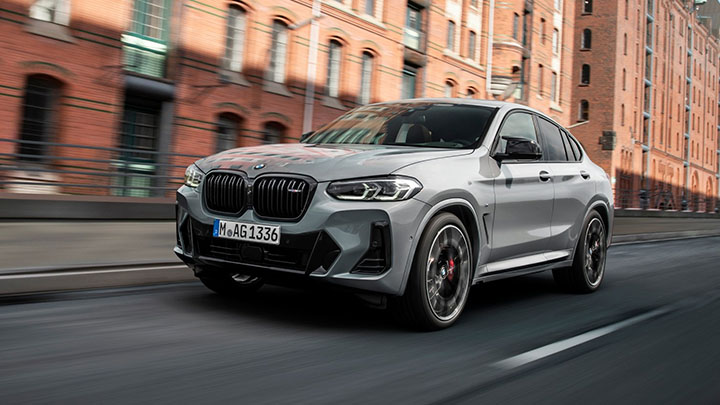 The BMW X4 is available to order with a choice of three diesel engines or a single petrol.

A popular choice across the BMW range is the 2.0-litre diesel (xDrive20d). The 190bhp may not be the highest out of the available engines here, but the 295lb ft makes the X4 brisk as well as economical. Between 46.3 and 49.6mpg is achievable with this unit.

A larger diesel can be found in the xDrive30d, which benefits from a 3.0-litre unit with 6-cylinders. Producing 286bhp and 479lb ft, this version of the X4 takes less than six seconds to travel from 0 to 62mph, all while returning north of 42mpg.

It is worth noting that both the diesels mentioned above utilise something called xDrive, which is the company's intelligent all-wheel drive system that maximises grip.

Those wanting maximum performance need to opt for either the M40i or the M40d. The latter engine takes less than 5 seconds to get to 62mph from a standstill courtesy of its 340bhp output. The petrol M40i shares similar figures, but rewards the driver with a stunning soundtrack from its turbocharged 6-cylinder petrol engine. 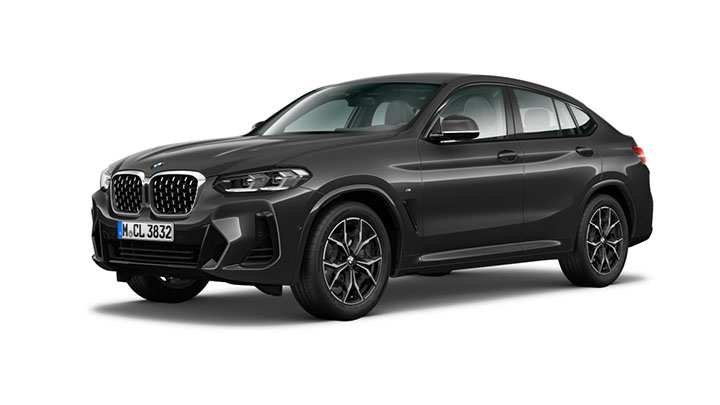 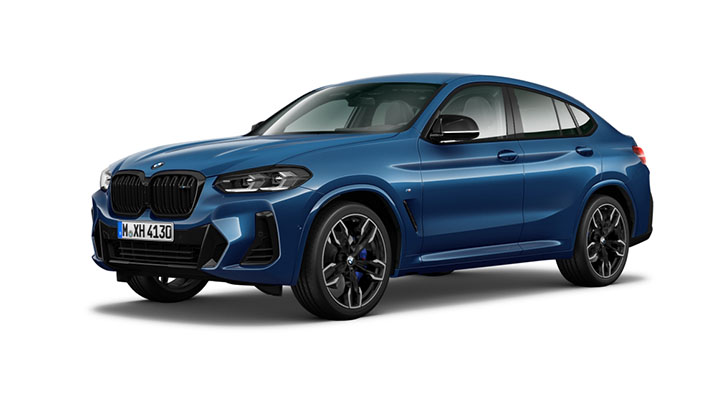 The BMW X4 is an SUV for those who want a premium family car, but one that is even more individual than the traditional alternatives. With dependable xDrive all-wheel drive available alongside a choice of specifications and engine options, you can tailor the perfect X4 by selecting power or economy to suit.

To experience the X4 for yourself, book a test drive at your nearest Stratstone BMW retailer today. 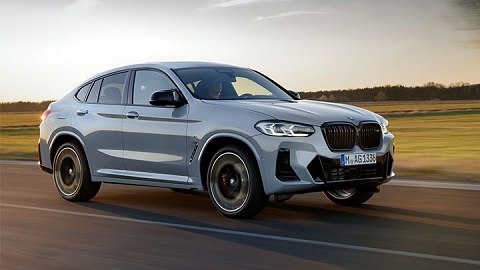 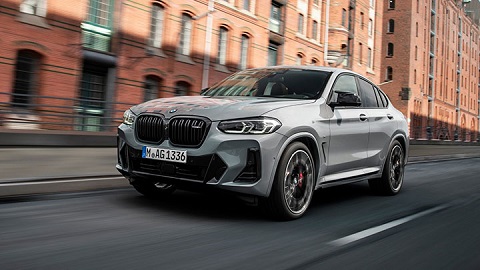