Established in Nottingham, Car Café's success has seen the popular car meet grow to be a nationwide event, taking it to places like Wilmslow, London and Glasgow.

On the 21st of July 2018, Car Café hit the wonderful city of Leeds! Held at Stratstone BMW Leeds, this is the first time a Car Café meet has taken place in the Northern city and judging by the turnout, it's definitely not going to be the last.

Seeing as though we were at Stratstone BMW Leeds, it was perhaps a fair assumption to expect some of Munich's finest in attendance. Enthusiasts were treated to three of the best BMW's models to ever grace the road.

The BMW 3.0 CSL, BMW Z8 and BMW E30 M3 - all from BMW's heritage fleet with each being as immaculate as the day it left the production line, kept in fastidious order by the BMW UK team. 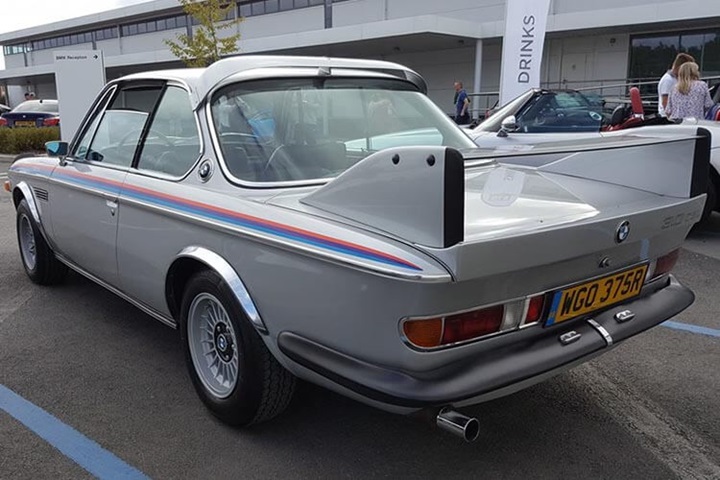 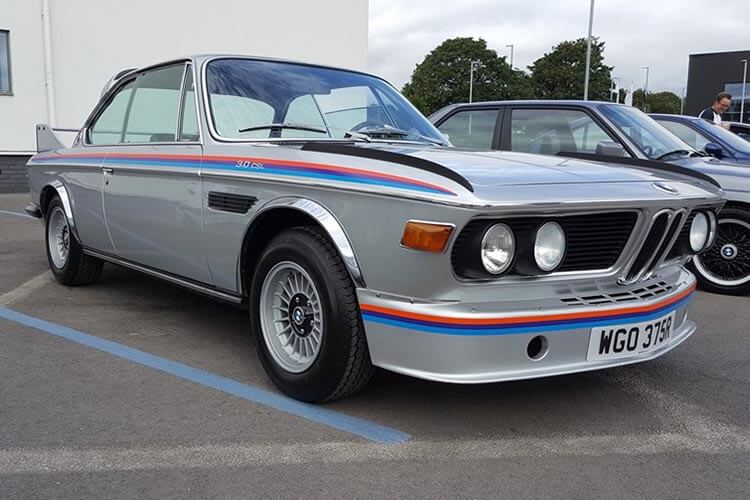 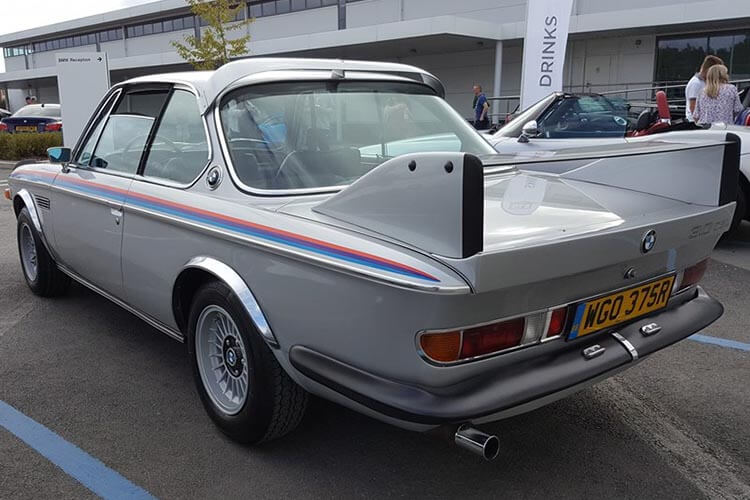 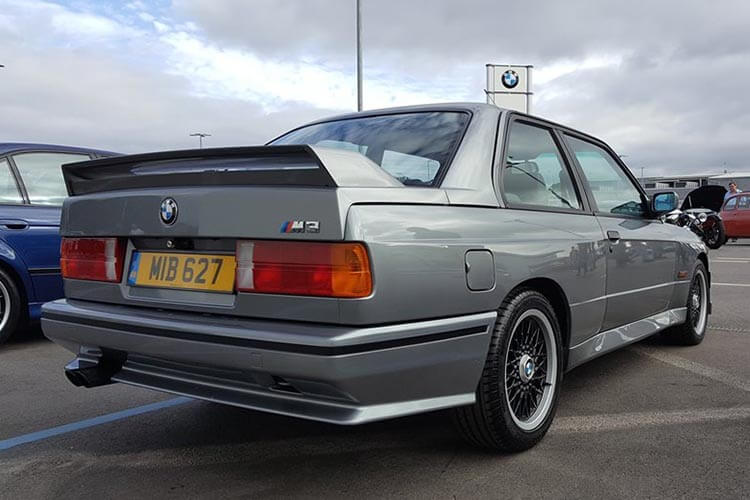 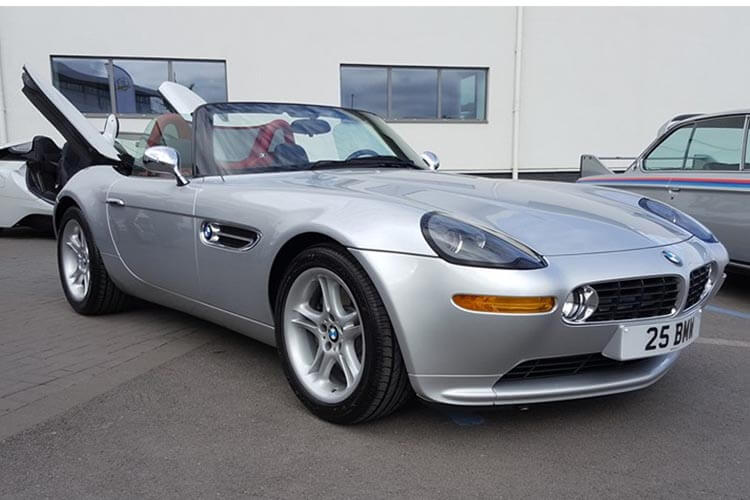 To say this was the first Car Café to take place in Leeds, the variety of cars on show was textbook Car Café. A variation from hot hatchbacks to superb classics and the latest supercars attended, making it a mecca for serious car enthusiasts - the real beauty of a Car Café car meet.

A stunning white Lamborghini Huracan Performante left jaws on the floor. The latest mega bull to come from Italy was looking insane, especially with the Italian flag detailing and carbon fibre.

The Huracan was joined by a legend from the mid noughties - in the form of a stunning Murcielago Roadster. With its trademark scissor doors and menacing black paint, petrolheads were in awe of its beauty.

Elsewhere, a seriously impressive TVR T350 was turning heads. Despite being launched back in 2002, the owner has kept this particular model in such fantastic condition it could have passed as brand-new. The turquoise paint added even more elegance to the spectacular exterior. 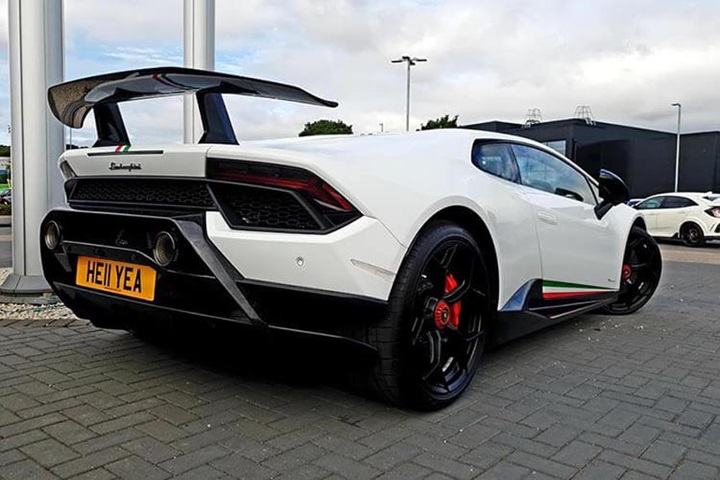 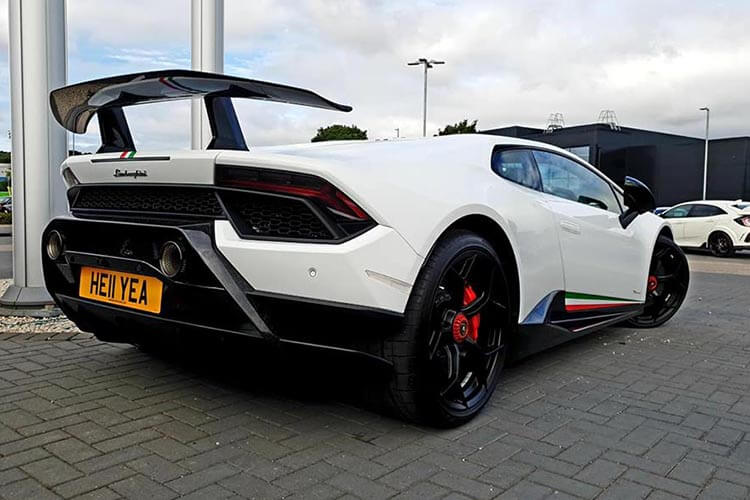 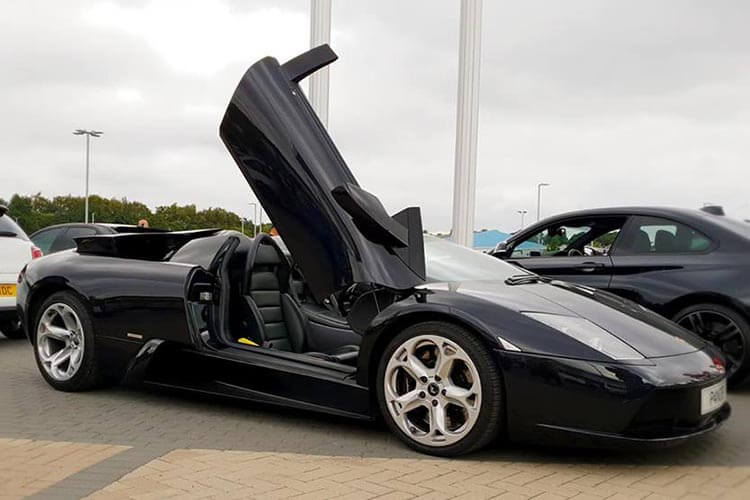 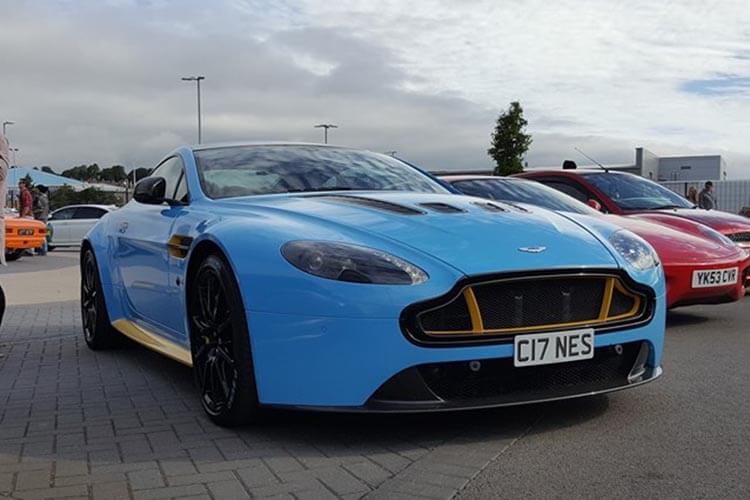 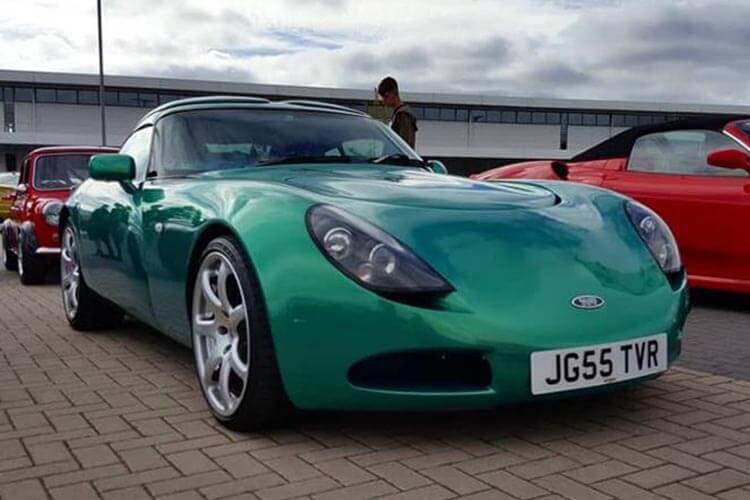 The original Fiat 500 is an icon, and a lot smaller than the all-new Fiat 500. It looked impressive parked next to much more modern machinery. You could be forgiven for thinking that the Morgan 3-wheeler is a classic - it was launched in 2012! It still looks like a classic though and certainly holds its own on British roads.

Finally, a classic with a modern heart. A bright orange Mk2 Ford Escort which had a number of modifications, including a striking body kit and an engine from a Subaru Impreza - it was always going to get some attention!

Thank you to everyone who came down to the first ever Leeds Car Café meet - look out for a future date coming soon! 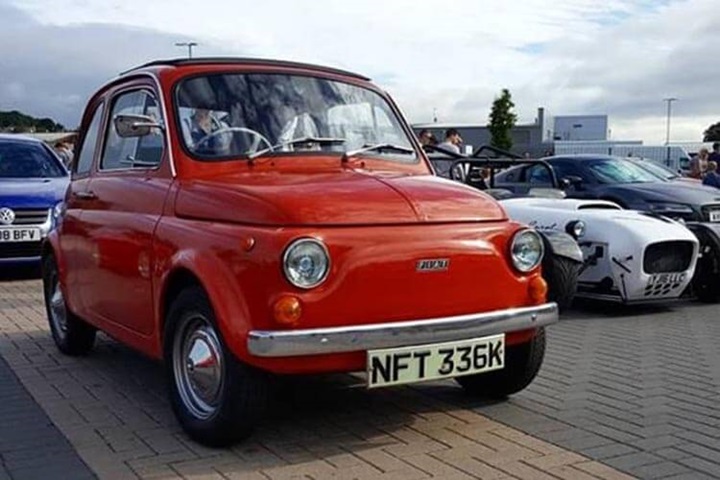 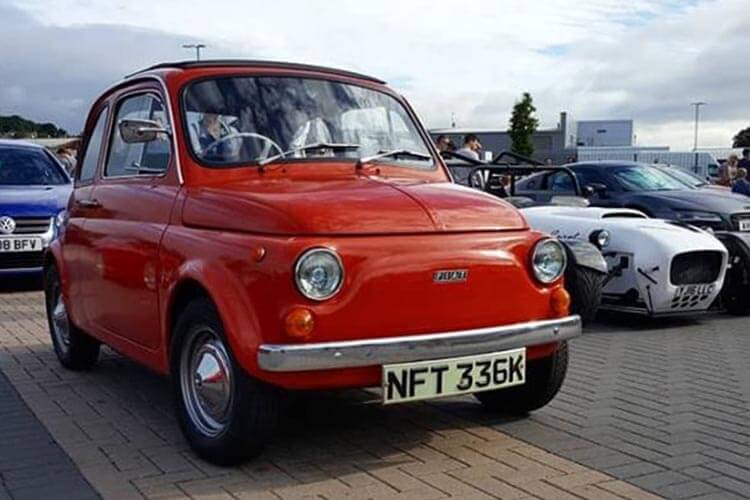 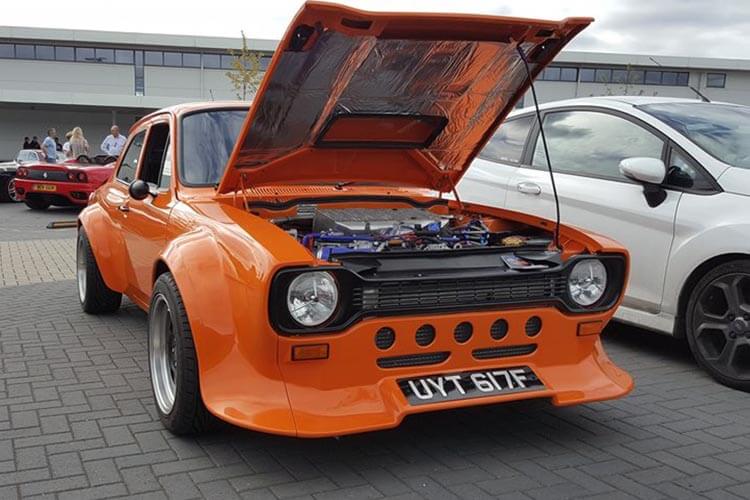 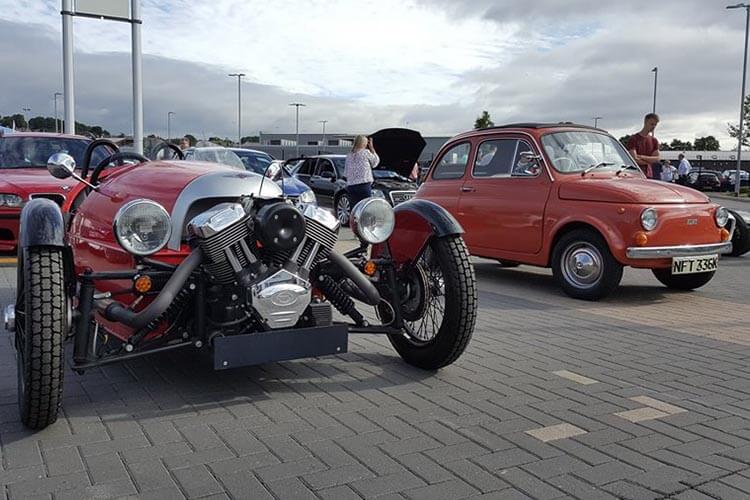