Upon reflection, April's Nottingham Car Cafe car meet was touch-and-go with the weather. Rain will always put off enthusiasts, and who can blame them; it's not the best weather for a car show if we're entirely honest. Despite the odd shower though, we still welcomed a record number of cars.

Fast forward to the May meet, which took place on the bank holiday weekend just gone (5th May), Car Cafe was a wonderfully sunny affair from start to finish. This meant by 8:30am, the main car park was full, and the newly introduced second car park was filling up fast! 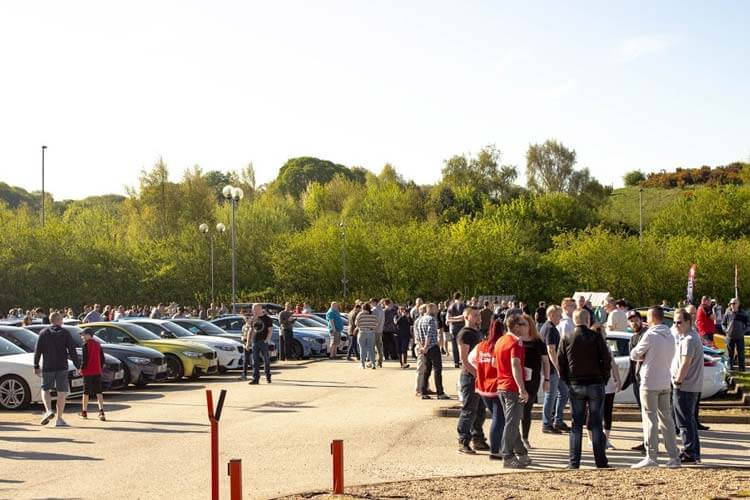 The whole event was quite a spectacle, with a trio of car parks full to the brim with cars satisfying a number of automotive genres and interests. Supercars including a bright orange Lamborghini Aventador, classics such as a Golf GTi Mk1 Cabriolet, and performance icons such as the Focus RS could be spotted across all three different car parks. 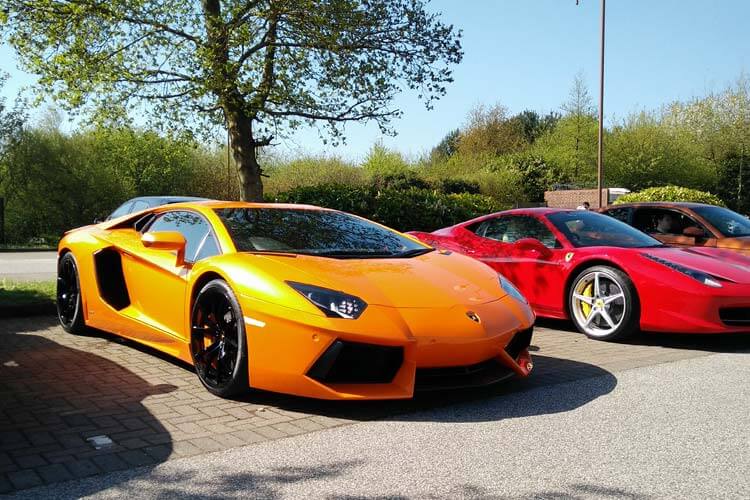 In the main car park, generations of immaculate Ford RS' basked in the glorious sunshine. It's not uncommon for us to see a number of modern Ford RS models grace Car Cafe meets, yet the older classic material is always a treat for enthusiasts, especially in time warp, like-new condition. This was the case for a mint condition Imperial Blue Ford Escort Cosworth, which looked like it had just rolled off the Ford factory production line - a genuine credit to its lucky owner.

It's always nice to see its younger RS siblings too, which incidentally were a Mk1 and Mk2 Focus RS joining the 'Cossie' along with many of the Mk3 RS Focus also scattered across the trio of car parks - the stand-out Nitrous Blue colour making them easy to spot from afar.

Four pristine Porsche Cayman models complemented a Porsche history lesson too, and which demonstrated another family connection at Car Cafe. Various generations leading up to the eye-popping 718 variant, finished in an epic shade of Miami Blue joined the wide variety of automotive excellence on display. 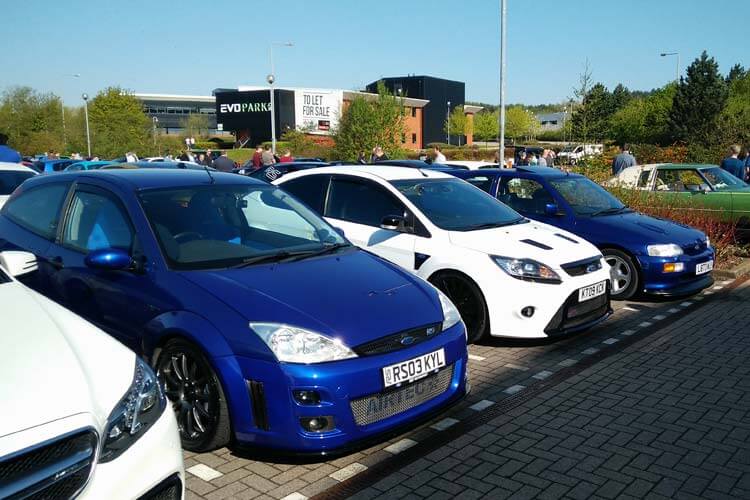 Old school classic cars are always going to receive many an admiring glance. Especially classic American cars, which will always attract attention, thanks to their iconic V8 soundtracks and distinctive style. Two seventies Corvette Stingrays stood out for all the right reasons, along with a mammoth Cadillac Eldorado - which although isn't exactly muscular like many of the American beasts on display, it did offer the rarity factor.

Although the new right-hand drive Mustang isn't old school (yet), it's always nice to see these iconic V8s, especially when they are joined by an example of its older sibling; a stunning example of the left-hand drive Shelby Mustang GT500, in the incredibly striking Grabber Blue - which emitted an equally impressive soundtrack bellowing out its rear tailpipes.

The great thing about Car Cafe is the variety of cars that show up. Although it's great to see priceless supercars, it's also incredible to see super sportscars and performance models from the likes of BMW, Porsche, Nissan Jaguar and Lotus. As always, various striking examples from the BMW M range where on show, including the recently launched BMW M4 CS. Two Porsche 911 GT3 RS models where constantly surrounded by enthusiasts.

And, it wouldn't be a car meet without the hugely powerful, renowned supercar taunting Nissan GT-R also on show. Several superb examples where on show, including a striking flip-painted version, and a rare 666bhp Litchfield LM20, which can top 203mph and hit 60 in just 2.5 seconds. The legendary sibling to the GT-R, the Nissan Skyline was represented by an ultra-bespoke R33 GT-R, and ultra-rare Millennium Jade Nissan Skyline R34 GT-R V-Spec 2 NUR - only a handful of which ever came into the UK.

A few of Hethel's finest; the Lotus Elise, were also spotted at Car Cafe. A rather striking Elise S Cup was joined by a Heritage Edition Elise 'Type 72', which looked incredible in its black and gold Team Lotus livery. We can't wait to see what the June Nottingham Car Cafe event will bring, be sure to get here early for the best spots. Keep an eye out too, for our Top 5 Cars article, which will feature our favourite cars from this month's meet. 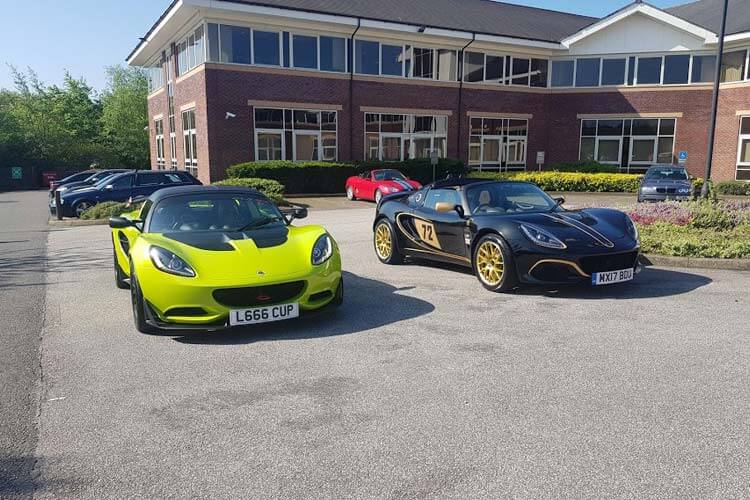