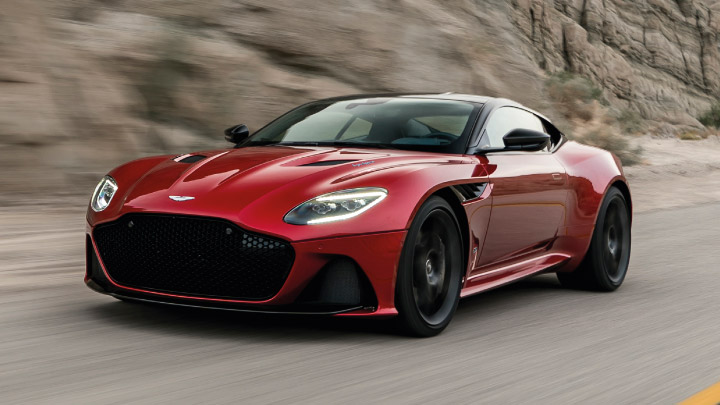 Aston Martin associate themselves with the terms 'art', 'visionary' and 'beautiful'. They are the design philosophies on which they create and build every new model. So, when a widely recognised brand such as Aston Martin release a new car and refer to it as a 'Brute in a Suit', you know it is going to be nothing short of spectacular.

The DBS we are referring to is certainly that. In fact, Top Gear magazine said 'it has the ability to take your breath away'. It is hard to disagree, this model is utterly intoxicating in every sense of the word.

The assertive appearance is a worthy evolution of the 'DB' name, while the stunning interior layout and incredible V12 engine couple together to offer a driving experience like no other. 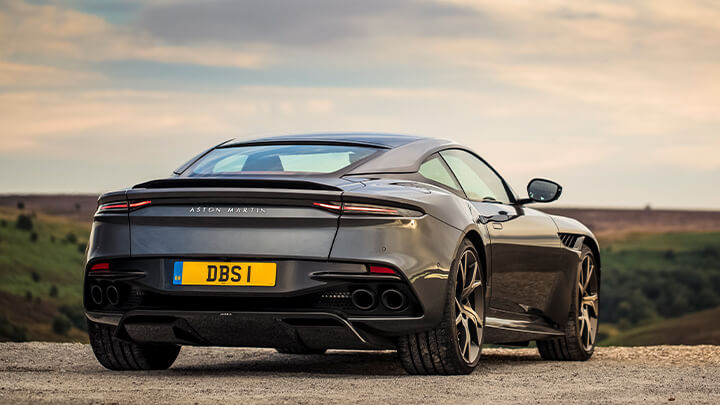 However, features such as the bold front grille, air intakes, and distinctive light clusters differentiate the DBS from DB11. In addition, DBS does not feature the renowned winged logo on its boot lid like other Aston Martin models.

More than form over function, DBS boasts advanced aerodynamics thanks to its sleek shape. Paired with an F1-inspired double diffuser, this car generates the highest figure of downforce that a series production Aston Martin has ever been capable of.

In fact, this model generates a staggering 180kg of downforce (60kg at the front and 120kg at the rear). Most impressively, DBS has not compromised on drag co-efficiency in the pursuit of downforce, producing the same as that of DB11. 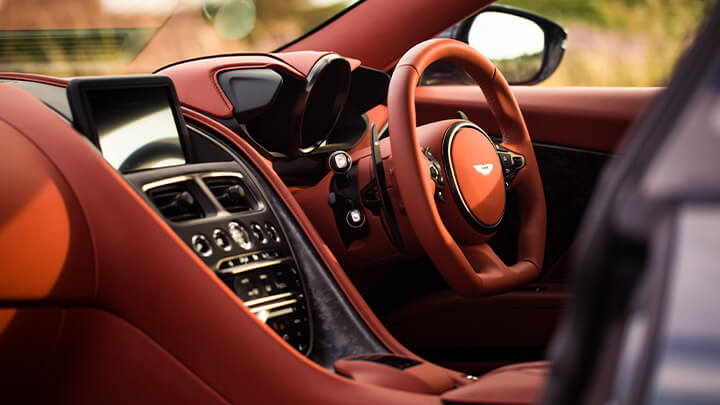 Innovative features such as keyless entry, tyre pressure monitoring, and a 360-degree camera with Parking Distance Display come as standard with every DBS. The audio system will keep occupants connected at all time thanks to Bluetooth music and phone streaming, as will the iPod, iPhone and USB playback capabilities

The in-car infotainment system, which is controlled via a centre dial, also displays driving data on a vibrant LCD screen. In addition, the driver-focused cabin also features an integrated satellite navigation system and Wi-Fi hub.

GT driving mode is ideal for cross-continent escapades, while Sport Plus is designed with driving exhilaration in mind. Safety systems such as Dynamic Stability Control (DSC) and Positive Torque Control (PTC) all enhance the already impressive drive that is delivered by DBS. 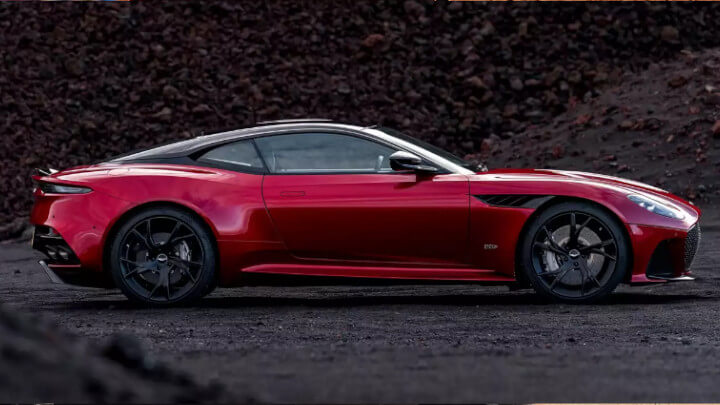 Alongside beauty, a key attribute of DBS is speed. Producing 715bhp and 663lb ft, DBS will complete the 0 to 62mph dash in just 3.4 seconds. What is more, the ferocious power output grants a top speed of 211 mph.

The power is generated by a twin-turbocharged 5.2-litre V12 petrol engine and is accompanied by a rear-mounted ZF 8-speed automatic transmission. Class-leading in-gear acceleration also contributes to the impressive performance of DBS, which can climb from 50 to 100mph in just 4.2 seconds while in fourth gear.

This particular transmission was designed to reduce fuel consumption without affecting performance and perfectly distributes all of the available power. The exhaust note has been engineered to combine the responses of a supercar with the refinement of a GT. As a result, the soulful V12 emits a commanding and powerful sound.

DBS is the perfect answer for those who are asking for a more muscular DB11. An aggressive appearance that will catch the attention of anyone it comes across is only a small part of a much bigger picture.

After all, the engine is an automotive masterpiece, while the elegant interior design is timeless in its execution. All-in-all, the DBS is another fine addition to the Aston Martin brand name. 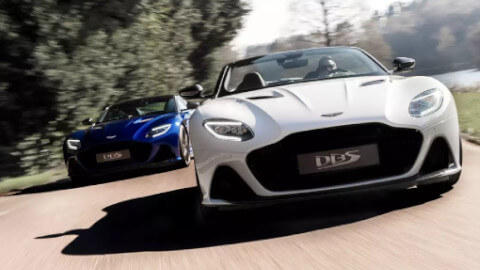 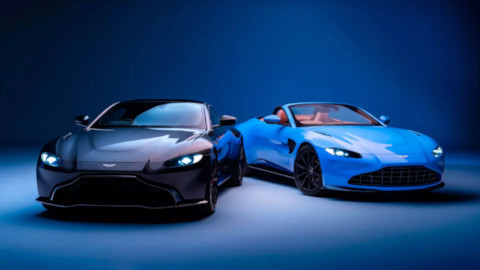