What is Hill Climb Racing?

Hill climb racing is where drivers of specially designed cars compete to achieve the best time between specified start and end points, uphill.

It is one of the oldest forms of motorsport (potentially even the oldest) with the first hill climb race taking place in Nice, France in 1897.

Hill climb racing is famous all over the world for its thrilling on-the-edge action, and is particularly popular in European and North American countries, including Britain.

The Pikes Peak International Hill Climb in Colorado, US, is perhaps the most famous and demanding hill climb course in the world. Also known as The Race to the Clouds, it's 12.42 miles long and has 156 turns.

UK hill climb courses present their own unique challenge and are much shorter than their European and American counterparts.

The longest UK hill climb is Harewood, Leeds, at 1,583 yards, and the shortest is Val des Terres in Guernsey. The UK's oldest hill climb, Shelsley Walsh, is exactly 1,000 yards in length and was first used in 1905. 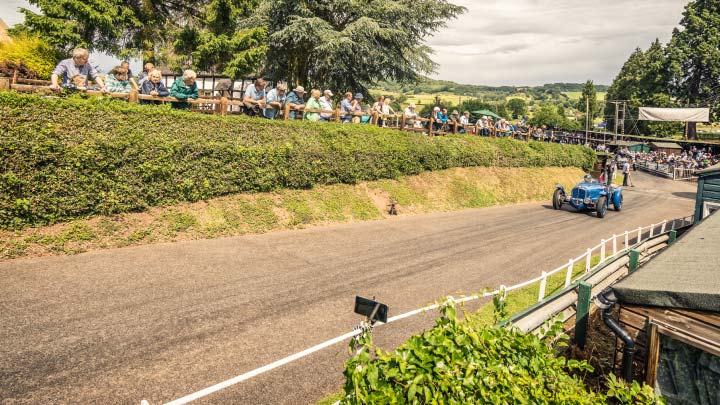 There are many different types of hill climb racing cars, but generally they can be separated (as with all racing cars) into open (single seater) and closed cockpit.

Light weight and maximum downforce are key priorities of hill climb cars, helping them to achieve barely believable levels of grip and mind-blowing cornering speeds. Coupled with the (in many championships) unrestricted power outputs, these cars are faster than anything else (short of a modern Formula 1 car) up these tight, twisty courses.

In the British Hill Climb Championship, cars competing in the 3.0-litre class regularly push out over 750 bhp, while cars competing internationally will sometimes be over 1,000 bhp - more, in fact, than a Formula 1 car. 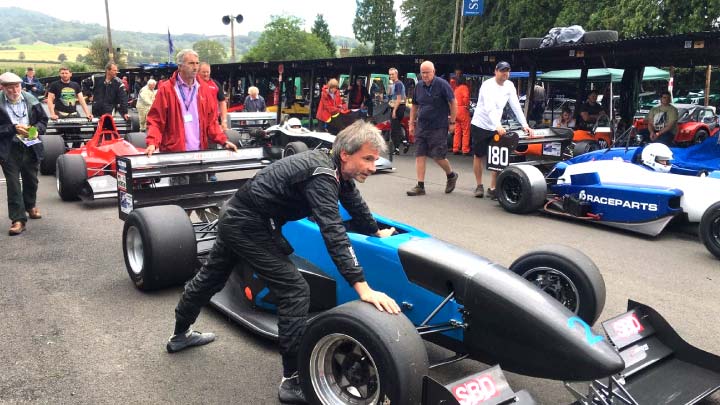 The British Hill Climb Championship takes place over 17 weekends in the summertime, beginning in April and ending in September. It includes dates at Shelsley Walsh, the world's oldest motorsport venue, Prescott, owned by the Bugatti Owners' Club, and Chateau Impney, which is one of the most challenging new courses on the calendar.

The European Hill Climb Championship has been running since the 1930s and is held across Europe on different public roads. Several countries take part in hill climb racing competitively, including; France, Germany, Italy, Malta, Romania, Portugal, Slovakia, and Switzerland.

Hill climb racing also extends to other countries around the world, including the US, Canada, Mexico, Australia, New Zealand, South Africa, and Kenya. 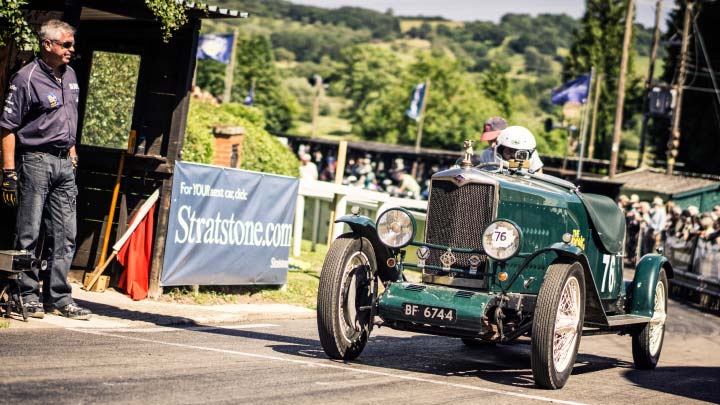 Hill climb racing is as popular as ever, both in the UK and around the world. With ever-improving technology and as a result, new records being set, it's an exciting sport that you can experience for relatively little cost, with low-cost events available to attend right on your doorstep.

Our partnership with Shelsley Walsh stretches back a number of years, and our association with the hill climb goes back to the 1905 race, which was won by Ernest Instone, one of the founders of Stratstone.