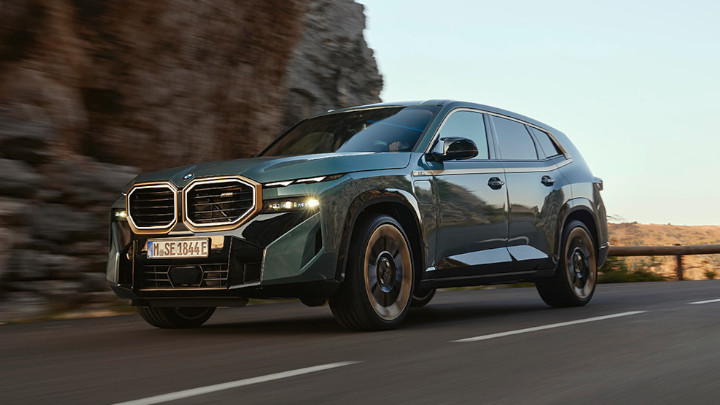 The first high-performance M car from BMW in the electric age has been revealed, and it comes with a price tag from £144,980.

The BMW XM is powered by an M Hybrid system that combines a V8 twin turbo engine with an electric motor to deliver 626bhp and 590lb ft of torque.

With a drive system that can hit a maximum 7,200rpm and an 8-speed automatic transmission, the XM’s power delivery is accompanied by distinctive acoustics governed by two electronically controlled flaps in the sports exhaust system.

The sound is also channelled into the cabin via the audio system.

With BMW’s xDrive all-wheel-drive system, the XM is a large SUV similar to the BMW X7 in size and measures 5.11 metres in length with a wheelbase of 3.1 metres.

An even more powerful Label Red version will be launched later in 2023 which will come with a combined power output of 738bhp and 737lb ft of torque.

That hybrid powertrain will be used by BMW in its return to the FIA World Endurance Championship and the Le Mans 24 hour race in 2024 as well as in the North American sports car championship.

It is the fifth generation of BMW’s electrified powertrain, and a full recharge from a fast charger can be done in some 4.25 hours.

With three drive modes available, the car can hit 87mph in electric drive and its top speed can be increased to 168mph if an optional M Driver’s Package is fitted.

An array of driver assistance features is fitted, including electronically controlled dampers, active roll stabilisation and an active steering system – the first time BMW has used the set-up in an M model.

And in a nod to the legendary BMW M1 of the late 1970s, the XM has a strip running from the front wheel arches bearing the XM letters and an indent in the rear of the roof with BMW logos laser-etched into the rear window – an arrangement recalling the positioning of the BMW roundels on the M1.

Production of the XM will begin at the BMW Group Plant Spartanburg in South Carolina, USA in December 2022, with the worldwide market launch getting underway in spring 2023.