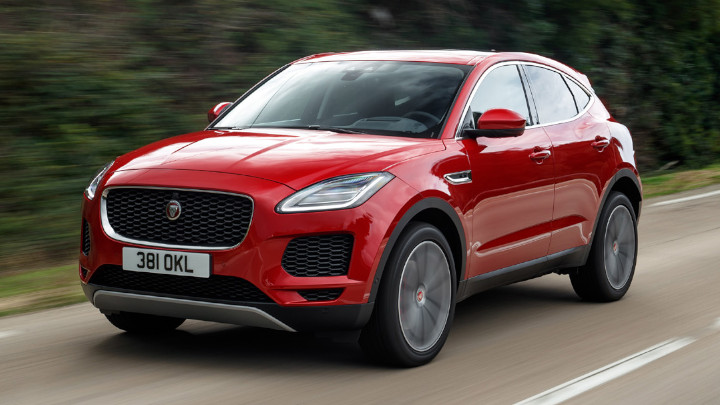 With typical Jaguar styling and an unmatched driving experience, the E-PACE makes a perfect SUV for any occasion.
View Offers

The new E-PACE may be one of the cubs of the Jaguar pack, but it still packs a roar which is sure to be heard all over the country.

Jaguar's new compact SUV is a real stunner that is set to go on and surpass the sales success of the larger F-PACE.

And that will not be easy, as the F-PACE - the company's first SUV - is a huge success. However, the signs are that this car promises to outsell its big brother.

I travelled to the island of Corsica in the Mediterranean to sample Jaguar’s new baby, and it lived up to expectations in every way.

A facelifted version of the Jaguar E-PACE was unveiled in 2021, bringing with it a range of updates. A pre-facelift version was tested during this review.

The E-PACE is much more than a shorter version of the F-PACE and it is certain to attract younger customers in their droves.

The design features many cues from the F-TYPE sports car, and that is no bad thing.

There is the handsome Jaguar grille, headlights inspired by the sports car, and a muscular and striking rear that gives the E-PACE a real sporting stance.

The stylish rear LED lights are another neat touch, as is the silhouette of a Jaguar and its cub etched into the windscreen surround and in the puddle lights in the dark.

Inside, the cabin is very smart. It retains a number of design elements from its siblings, including a central grab handle for the front seat passenger to back up its sporting credentials, and the digital dash is easy to read.

There is room for four to travel in great comfort, surrounded by nice materials and plenty of storage areas and power points. Five adults would fit for shorter journeys, and the boot is above average for the class at 577 litres.

The two lower powered engines can be ordered with 6-speed manual gearboxes, but they can be specified, like the rest of the E-PACE range, with intelligent all-wheel drive and a 9-speed automatic transmission. The entry-level model is front-wheel-drive only with the 148bhp diesel engine.

The E-PACE has an intelligent 'Active Driveline' powertrain, which uses JLR's grip control and advanced chassis dynamics to maximise grip, and in the 4x4 versions I sampled, it decides how to shift around the power, even operating a front-wheel drive mode to optimise economy whenever possible or sending it to the back wheels alone.

Drivers can choose their preferred settings for throttle, steering, transmission, and suspension across four modes, normal, dynamic, eco, and winter with the grip control taking care of progress in go-slow conditions.

Not only does the E-PACE look like a Jaguar - it also drives like one. On Corsica's testing twisting mountain roads, it was up for the challenge and dealt with all kinds of surfaces and the never-ending tight bends.

The Jaguar team also provided challenging off-road experiences, and the E-PACE proved to be much more capable than I imagined.

The E-PACE tackled the rough stuff with ease, waded through a deep stream, dealt with mud and sand, and proved that it was much more than a pretty face.
John Murdoch

Most will not put their shining examples anywhere near that type of terrain, but they will be able to boast that their E-PACE is the real deal.

I tried the car with the most powerful petrol and diesel engines, and they are both very good, delivering excellent performance.

Despite all the current anti-diesel clamour, more than 75 percent of E-PACE models will feature a diesel engine, with the mid-range 180bhp model taking most of the sales. That is no surprise as it is good for 127mph and can sprint to 62mph in 9.9 seconds. It also has a claimed combined 54.3mpg with emissions of 147g/km.

If you demand more performance and do not care that much about economy, opt for the 300bhp petrol engine, which will fire you to 62mph in just 5.9 seconds before going on to 151mph - true Jaguar performance.

There is a head-up display, which proved to be a real bonus on Corsica's twisty roads. Thankfully, Jaguar has retained traditional round dials to control the heating system so that you do not have to take your eyes off the road to adjust the temperature or ventilation.

Jaguar has certainly improved its touchscreen infotainment system, but it is still not as easy to use as some others. That said, the sound system is great, and the classy cabin makes you feel special.

The new Jaguar E-PACE certainly looks like a Jaguar, but its special quality is that it also feels and drives like one. And with plenty of refinement and luxury, the E-PACE is now one of the best compact premium SUVs on the market. 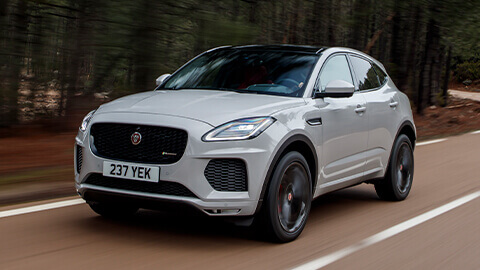 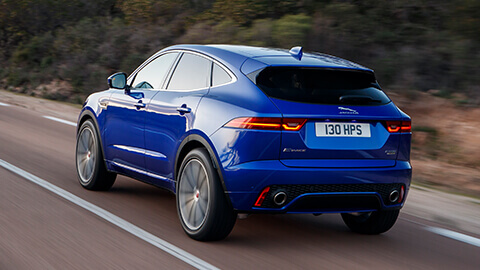 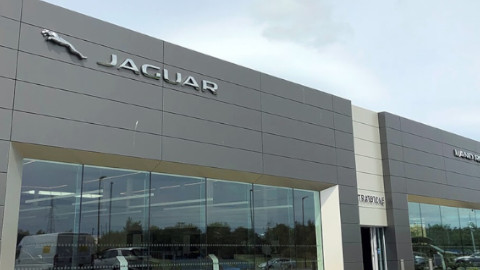