Compact executive cars remain popular in Britain, especially amongst those who want a premium car but don't want a luxury SUV or a large saloon car that takes up too much room on the driveway.

Their ability to both munch the miles on the motorway in complete comfort but still entertain on a twisty, winding road means that they are good all-rounders with very few flaws or weaknesses.

Brands such as Mercedes-Benz, Jaguar, Audi, Lexus and of course BMW all offer cars of this size, and they're usually available with a wide range of engine options and trim levels, meaning choice is plentiful on the used market. The BMW 3 Series is usually one of the first cars that comes to mind when considering a compact executive vehicle, and with good reason.

The overwhelming sense is that it satisfies the brief we spelled out earlier; supremely comfortable when cruising on the motorway, and entertaining when the roads get a bit more interesting.

The styling has changed over the years but it has retained the classic 3 Series saloon shape, and there's an estate version too if you need an extra bit of room.

Technology is always bang up to date, and from 318i petrols to 335d diesels and even plug-in hybrid versions, there's likely to be a version of the 3 Series that meets your needs. Look out for sports-inspired M Sport versions which enhance the car's styling and make it more aggressive to look at. 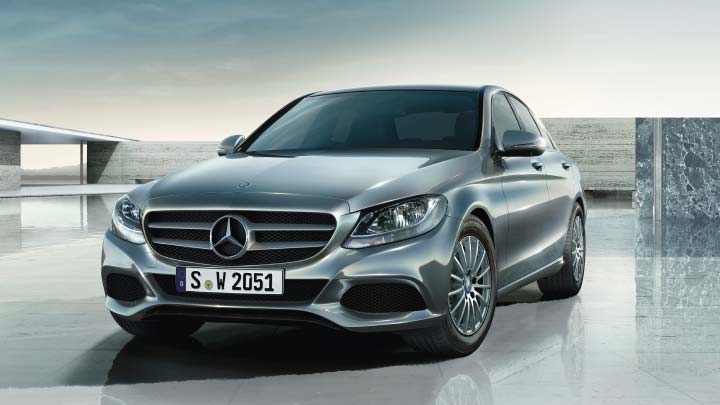 The Mercedes-Benz C-Class is one of the most comfortable and refined choices in this list, but it still retains an element of driving fun in its rear-wheel or all-wheel drive setups. There's an estate version too.

A focus on ride quality across all variants of the C-Class mean that it can glide over the deepest of potholes and uneven country lanes with the smallest of intrusions into the cabin.

Interior quality is also amongst the best in the business, with the use of high quality materials that really make the C-Class cabin feel special.

Engines also impress, and though there's plenty to choose from, the most popular is the C220 diesel, a true all-rounder for performance and economy, making it ideal for both personal and business use. 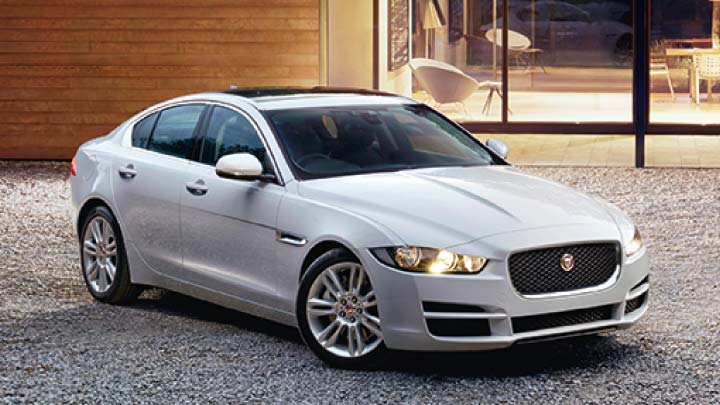 When sales of the X-Type halted in 2009, Jaguar took their time to develop a truly competitive compact executive car and subsequently launched the XE saloon in 2015, slotting in below the XF in the Jaguar range.

This was a car that would find favour with those who loved the luxury, prestige and styling of the XF, but wanted something a bit more compact and fun to drive, and the XE delivered on both those terms. Its luxurious cabin is absolutely up to date in terms of design and technology, and the rear-wheel drive layout is set up to be comfortable on the motorway and entertaining on the back roads.

2.0d models are the most popular because of their great fuel efficiency, but turbocharged 2.0 and supercharged 3.0-litre petrol models offer impressive sportscar-like performance. In today's world, a pre-owned Audi is right up there at the top of the shopping list when considering an executive or luxury car. This is largely due to their desirable styling, wonderful interiors and the availability of their Quattro all-wheel drive system on most models.

The A4 is Audi's compact executive offering, and differs from the 3 Series and C-Class in that most of the used ones you'll find are front-wheel drive, which sacrifices some of the driving dynamics of the rear-wheel drive Mercedes-Benz and BMW for extra room inside the cabin.

Renowned for their interior build quality, Audi's efforts in the A4 don't disappoint. There is also plenty of interior space on offer and a well-sized boot for those that need the practicality, plus the option of an A4 Avant estate model. Lexus is a brand that likes to do things differently, and that's certainly true of their compact executive saloon car, the IS.

To emphasise this, they haven't offered a diesel engine variant of their IS since the second generation ended production in 2013, preferring instead to concentrate their efforts on ultra-refind petrol and petrol/electric hybrid powertrains.

As a result they're now a bit of a bargain, and while the petrol variants aren't the most efficient in terms of fuel economy, they are very quiet and smooth. The same can be said of the hybrid models too, but they offer a large advantage when it comes to fuel consumption, bringing it in line with the modern, ultra-efficent diesel engines used by rivals. 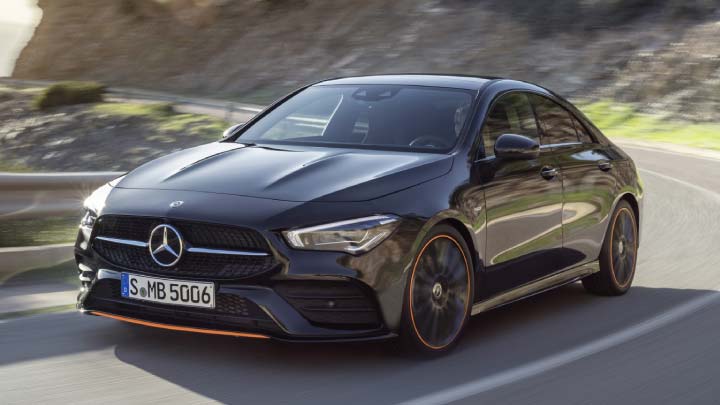 While Mercedes-Benz already appear in the list with their well recognised and established C-Class, their smaller saloon car, the CLA is well worth a mention too.

It's designed to a be a bit more of a sporty little number, with smaller proportions than the C-Class. It's based on the A-Class hatchback, and gives buyers the desirable coupe-saloon-type styling with lower running costs and smaller dimensions that make it easier to live with in urban environments such as towns and cities.

When it was launched in 2013, it became the first ever front-wheel drive Mercedes-Benz saloon car, but don't let that fool you - driving dynamics are excellent and the CLA 45 AMG version is seriously powerful. Well worth considering if you're after a small, sporty saloon car.

Search Used Mercedes-Benz CLA
Whilst all of the cars listed above aim to deliver similar goals, they all represent slightly different ways of going about it.

The sporty driving dynamics of the BMW 3 Series single it out as a great driver's car, while the refined nature of the Mercedes-Benz tip it more towards comfort than sportiness, whilst still retaining a performance edge.

The hybrid nature of the Lexus IS offers a different way to go in terms of powertrain, and the Audi A4's beautifully made cabin make it an attractive choice. Jaguar really nailed the compact executive car brief with the XE, and is a truly great alternative to the German rivals.
Search Used Cars 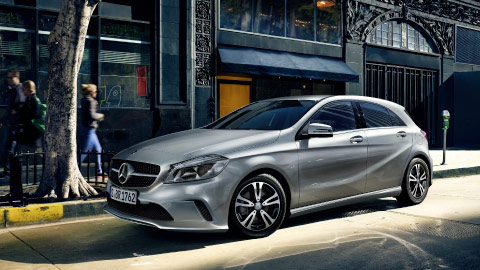 Find your perfect next car from hundreds of quality-assured approved used Jaguars currently in stock.