Best Used Luxury SUVs SUVs are very popular in the UK, here are some of the best used luxury SUVS

SUVs are more popular than ever in the UK, thanks to a massive improvement in driving dynamics, fuel economy and styling in the past few years.

The premium luxury segment of the market offers no shortage of SUVs with all the key features: excellent practicality, a high driving position, great safety credentials and, of course, robust off-road capabilities.

Here we've picked out some of our favourite luxury SUVs from the likes of Land Rover, Porsche, Mercedes-Benz, BMW, Jaguar and Audi.

We're beginning the list with one of the best-looking and most stylish SUVs ever created, the Range Rover Evoque. Its looks alone were enough to make it hugely popular with not just UK buyers, but with customers all over the world.

Its brilliance didn't stop with the design department however. The interior was plush and comfortable, the driving dynamics were sharp and the off-road credentials impressive.

The vast majority of used Evoques you'll see are diesels, but that's no bad thing as they offer plenty of pulling power and an official fuel economy rating of over 55 mpg, which translates to around 45+ mpg in the real world - not bad at all.

Mercedes-Benz have really upped their SUV game in recent years with a line-up that now contains the GLA, GLE, GLS, G-Class and of course the GLC we see here.

Launched in 2015, the GLC is a mid-size SUV that offers all the comfort, luxury and technology that you'd expect from a Mercedes-Benz.

Car-like driving dynamics and the benefit of four-wheel drive make this a very refined, safe and competent SUV that's big enough to fit a family of five in, no problem.

The 250d model is the most popular, offering a fine blend of diesel performance and real-world fuel economy somewhere in the region of 45 mpg, while a more powerful 350d was also available as well as a 2.0-litre petrol. All GLCs are automatic.

You could even get a GLC Coupé version that sacrifices a little bit of cargo space for sportier exterior styling.

Porsche's compact SUV drives like no other high-riding four-wheel drive on the road. Its agility and dynamic driving characteristics combined with a desirable brand name have made it one of the cars to be seen in.

Other advantages of a pre-owned Macan include a beautifully constructed cabin and top notch build quality, plus great technology too.

Back when the car was launched in 2014, and for its first few years of sales, the 3.0-litre turbo diesel was very popular, providing good fuel economy and performance, with the 3.0-litre V6 petrol providing a bit more speed and an expected penalty on economy. However, as of February 2019, Porsche no longer offers a diesel in the Macan or indeed its entire product range.

Petrol models provide an even better driving experience than diesel, and economy isn't too bad at all on the petrols - the 2.0-litre turbo is rated at 39.2 mpg combined.

BMW's smallest SUV, the X1, is by far its most popular. Launched in 2009, the X1 hit the sweet spot with buyers in providing a lower cost of entry into BMW SUV luxury, just as sales of SUVs were starting to soar in the UK.

The first generation was sold in the UK right up until 2015, with trim levels ranging from SE to M Sport; all models came with alloy wheels, parking sensors, electric windows all round and air conditioning. The latest version gets more tech and more refined styling.

It's a practical car with a decent-sized boot and folding rear seats for extra cargo space. sDrive models are two-wheel drive, so look out for xDrive models if you want four-wheel drive.

Engines-wise, the diesel versions far outsold the petrols, so most of the used BMW X1s you'll see will need filling from the black pump.

Audi have been famous for their Quattro four-wheel drive system for many years, and it makes the most sense in an SUV, helping to maintain traction when the roads are slippy or muddy, giving the driver an enhanced feeling of stability.

It's a practical car too, with a boot that will easily swallow a pushchair or two and seats that fold forward for extra room. The first generations are more affordable, and were sold from 2008 until 2016, when the Q5 was totally updated.

The vast majority of used Audi Q5s you'll see are diesel, but there are petrol variants too. You shouldn't have a problem finding a manual or automatic - there's plenty of both around.

Launched in 2016, the F-PACE is built in Britain at JLR's Solihull manufacturing plant. It's proven very popular with UK buyers, mostly because of its gorgeous styling and luxurious interior

It's not all style and no substance, however. There's a range of engine options including an entry-level 2.0-litre diesel that's really rather economical, but down on power compared to the 3.0-litre V6 diesel or supercharged 3.0-litre V6 petrol, lifted straight from the F-TYPE sports car.

The latest generation Range Rover was launched to much fanfare in 2013, replacing the previous generation (which are a bit of a used bargain now) after 10 fruitful years on sale. It was facelifted in 2019 with more tech and even more refinement.

Its stately looks were refined, classy and hit the spot with both new and existing customers. Inside, the beautifully-appointed interior sports gloriously comfortable seats and the best stereo Jeremy Clarkson had ever encountered.

Diesel engines range from 3.0-litre to 4.4-litre in size, and the petrols included supercharged 3.0-litre and 5.0-litre units, so the choice is yours. Needless to say, they're mated to Land Rover's famed four-wheel drive system.

Go anywhere, do anything, in complete comfort. That's the remit of the Land Rover Discovery, and it achieves it with ease.

The latest generation, on sale since 2017, offers more modern styling and an even more refined interior over the very popular previous generation model that was on sale in the UK for 13 years, such was its popularity.

Its off-road ability is emphasised by its multitude of on-board terrain monitoring and four-wheel drive systems - if you live out in the sticks where the roads get muddy then this really is the car for you.

Like the Range Rover, there's a range of petrol and diesel engine options, though diesel is the most popular thanks to its superior economy. All used Discovery models from the current and previous generations are automatic and four-wheel drive.

Larger than the X3 and smaller than the recently launched X7, used BMW X5 models are readily available in the UK thanks to strong sales as a new car.

Its handsome looks and high quality interior make it an obvious choice for those looking for a premium SUV with optional four-wheel drive and impressive driving dynamics.

Believe it or not, the X5 name has been around since 2000, with the second generation on sale from 2007-2013 and the latest generation since then.

Diesel versions of the X5 are by far the bestseller, thanks to impressive economy figures that can reach up to 53 mpg combined on the two-wheel drive models. If you want four-wheel drive, make sure you're looking at an xDrive-badged car.

The raised ground clearance and optional four-wheel drive system, plus added practicality over the A-Class, ensured it capitalised on the the UK's seemingly insatiable thirst for SUVs.

Petrol, diesel, manual and automatic versions are available and you can even opt for the full-fat Mercedes-AMG GLA 45 with huge power and four-wheel drive.

The interior is very similar to that of other models from the time the GLA was launched, and with so many used models to choose from, used GLAs are now becoming excellent value.

Whether you're looking for a large, medium or compact used premium SUV, there are plenty to choose from on the used market thanks to their explosion in popularity as a new car purchase.

These are some of our favourites, but we couldn't list them all as this page would just be too big! So check out our used car search to see them all. 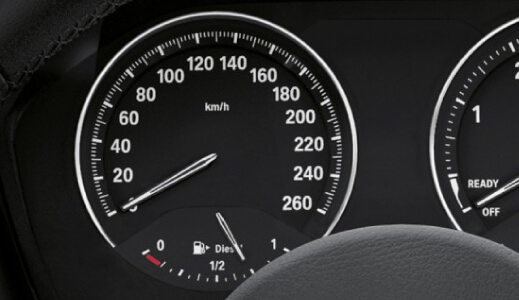 Choose The Perfect Model From Our Extensive Range of New Cars 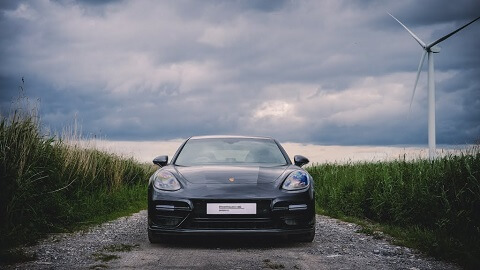 A number of options available to make selling your car simple.