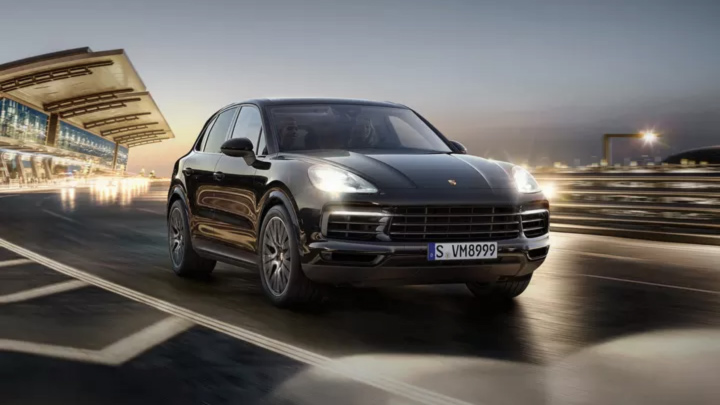 Five door practicality, seating for five, a dynamic and muscular design, bursting with state-of-the-art technology that makes every drive as stimulating as possible, the Porsche Cayenne is the pinnacle sports car for five people.

Just because it's an SUV, doesn't mean certain characteristics should be lost to compensate elsewhere. The Cayenne stays true to Porsche DNA and despite being a comfortable, spacious SUV, performance is very much the main focus, as you would expect for a Porsche. Purchase your brand-new or quality used Porsche Cayenne with Stratstone, and take advantage of state-of-the-art facilities to ensure your Porsche Cayenne is perfect for you in every way.

A dynamic, muscular presence. The Porsche Cayenne features an accentuated front end with bold front wings, a sleek sloping bonnet complete with power dome and giving clues to performance DNA, three-piece air intakes indicate serious power lay beneath its skin. Engines are more efficient than its predecessor, offering increasing efficiency along with a more dynamic drive with yet more performance - this is a Porsche after all. Power comes from a turbocharged V6 engine producing 340hp, enabling 62mph in just 5.9 seconds with Performance Start in the standard Cayenne, which is increased to 440hp in the sportier Cayenne S. This enables the Cayenne S to hit 62mph in just 4.9 seconds with Performance Start.

The Cayenne Turbo goes even further. This is hardly unexpected when any Porsche is given the legendary 'Turbo' name. 210hp is added on top of the standard Cayenne, giving the Cayenne Turbo a total power output of 550hp. Hugely powerful, the Cayenne Turbo will only need 3.9 seconds with Performance Start to hit 62mph.

The rear of the Cayenne has been completely restyled implementing a striking light strip, which stretches between both rear taillights - which happen to use sharp LED technology, as seen in the headlights too. Cayenne S and Turbo models use more aggressive styling enhancements, such as larger 20-inch wheels on the Turbo, whereas the Cayenne and Cayenne S feature 19-inch. Quad exhaust tailpipes grace Cayenne S and Turbo models, to make the most of the extra increased power and dynamics.

Practicality in a sports car? In the Cayenne, this is very much the case. 1,710 litres of space is accessible with the interior of Cayenne and Cayenne S models - with the rear bench folded down. The Cayenne Turbo offers up to 1,680 litres using the same process. The Cayenne also uses all-wheel drive with state-of the-art driving programs such as 4D Chassis Control, rear-axle steering and air suspension to ensure the ride within any Cayenne is second to none.

Interior follows form and function in perfect symmetry. Motorsport is the very essence of Porsche DNA, which sees the Cayenne effortlessly combine this with quality, ergonomics and technology, building the driving position around the driver for the perfect driving experience.

Porsche Advanced Cockpit ensures this is delivered perfectly in the Cayenne. The centre console includes Direct Touch Control, with touch-sensitive buttons to select from a variety of functions. Porsche Communication Management (PCM) enables keeping in control of audio, navigation and phone via a full-HD 12-inch touchscreen display.

Space, versatility and quality ensure the Cayenne is the epitome of the sports car SUV. What's more, with the beauty of Porsche, endless customisation and bespoke options enable you create the Cayenne that is perfect for you. 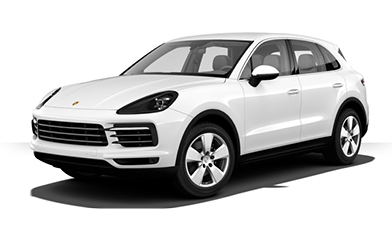 Shaped by performance, the new Porsche Cayenne Coupé brings a more dynamic choice to the Porsche Cayenne range. Exterior changes include a lower rear-end roof line, along with two rear-spoilers. These are part of the SUV's enhanced aerodynamics, as part of the active aero. Other dynamic features include a more steeply raked windscreen, new rear doors and wider rear-wheel arches to all combine to make sure this svelte Cayenne also looks more prominent. This is a Porsche after all.

Practicality in a sports car? Even in the more dynamic Cayenne Coupé, practicality is still excellent. Attention to detail such as ensuring rear passenger space isn't affected, by lowering the rear seats 30mm is just one highlight. The boot also features a colossal 625-litres of space, meaning you still get plenty more than the average family car, despite this being a Coupé.

Interior quality is as expected with fine material choice with leather and Alcantara® available. A striking widescreen infotainment screen, along with a gorgeous digital instrument binnacle, ensure that the Porsche Cayenne Coupé is a fabulous place to spend time behind the wheel.

The scope for customisation is ever present with Porsche and so options such as rear-axle steering and Porsche Dynamic Chassis Control (PDCC) are available to ensure this practical sports car can feel more like its legendary sports car siblings, rather than your average SUV. 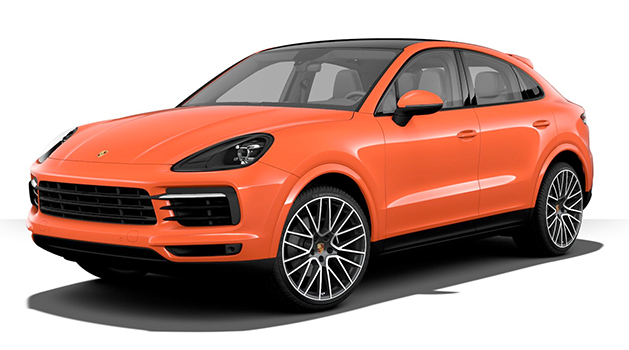