Spotlight: BMW 1M; The Greatest M car ever made?

Is this 'baby' M car the best in a long history of greats?

It was 2011 when BMW decided that their 'M Division' should turn its attention to the humble 1 Series (Coupe). After all, who does not love an entry-level model that has been given the full, range-topping performance treatment, especially when BMW M are involved.

But unlike many M models, the BMW 1 Series M Coupe was only available for a limited time, with many cars being registered in 2011, and a few in 2012. A total of 6,331 units were delivered to Europe and America - with the UK receiving just 450 right-hand drive examples. Despite being launched back then, the price of this rare M car has pretty much remained the same as it was when new (£40,000) with many cars commanding slightly more, up to £50,000, whilst ultra-low mile examples can command anything up to £80,000.

But what makes the BMW 1 Series M Coupe, or 1M as it is more commonly known by enthusiasts, so special? Was it just a case of its limited production numbers or is there more to the 1M than meets the eye? 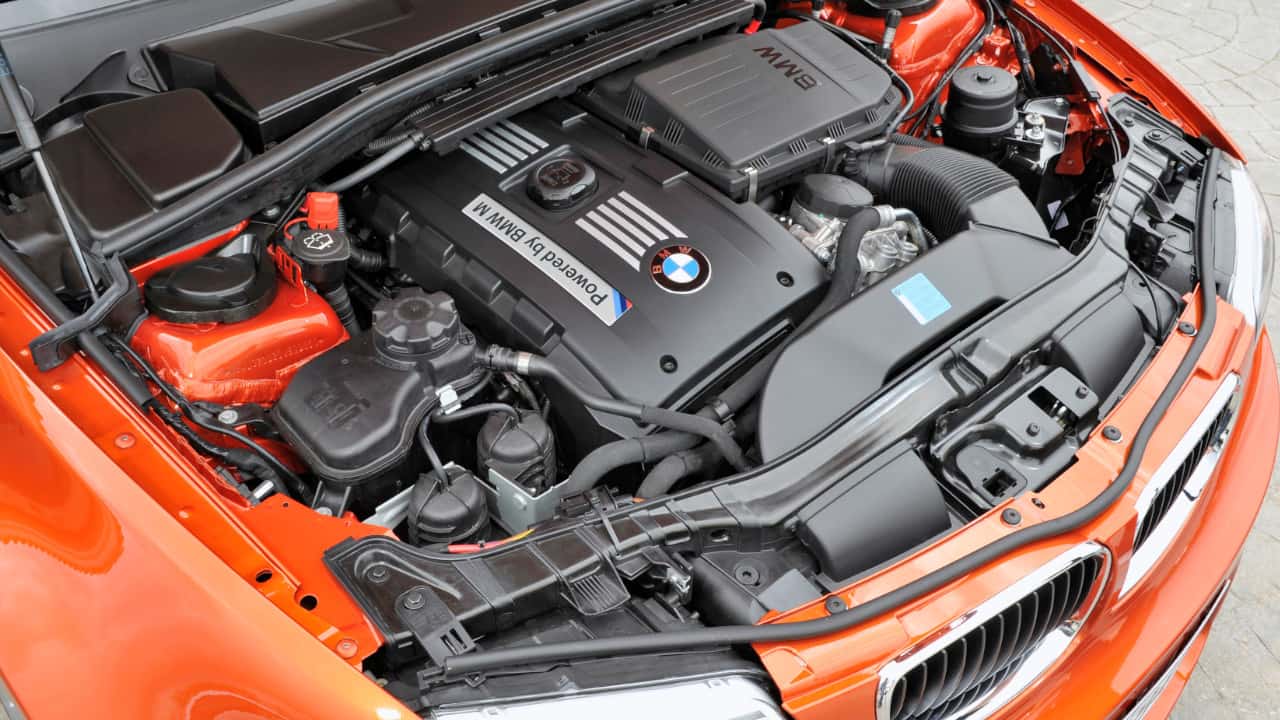 Not every BMW M car goes on to be as sought-after as the 1M. As with most cars, depreciation sets in as cars get older and newer models are launched. As the 1M was based on an entry-level model, BMW decided that it made financial sense to borrow some bits from other models, in order to keep costs sensible and to ensure the accountants stayed happy.

Therefore, the 1M was seen as somewhat of a 'parts bin special.' M car aficionados braced themselves, but they need not have worried. That is because the car borrowed some bits from the E92 M3 - a bona fide V8 beast, which included rear suspension, differential and brakes. The engine, however, came from a Z4 sDrive 35iS, which being a non-M car, certainly raised a few eyebrows.

But this is BMW M, and so they know a thing or two about creating a performance car masterpiece. That is because the 'borrowed' Z4 engine was a 3.0-litre, twin-turbo, 6-cylinder lump offering 335bhp. Once placed in the 1 Series M Coupe's pumped up, flared arched body, complemented by sought-after BMW rear-wheel drive and perfect 50/50 weight distribution, well, it was quite the recipe. It also had a limited slip differential to ensure all the grunt could be utilised and of course aid the 1M's handling too. Perfect.

Subtle or something more bold? 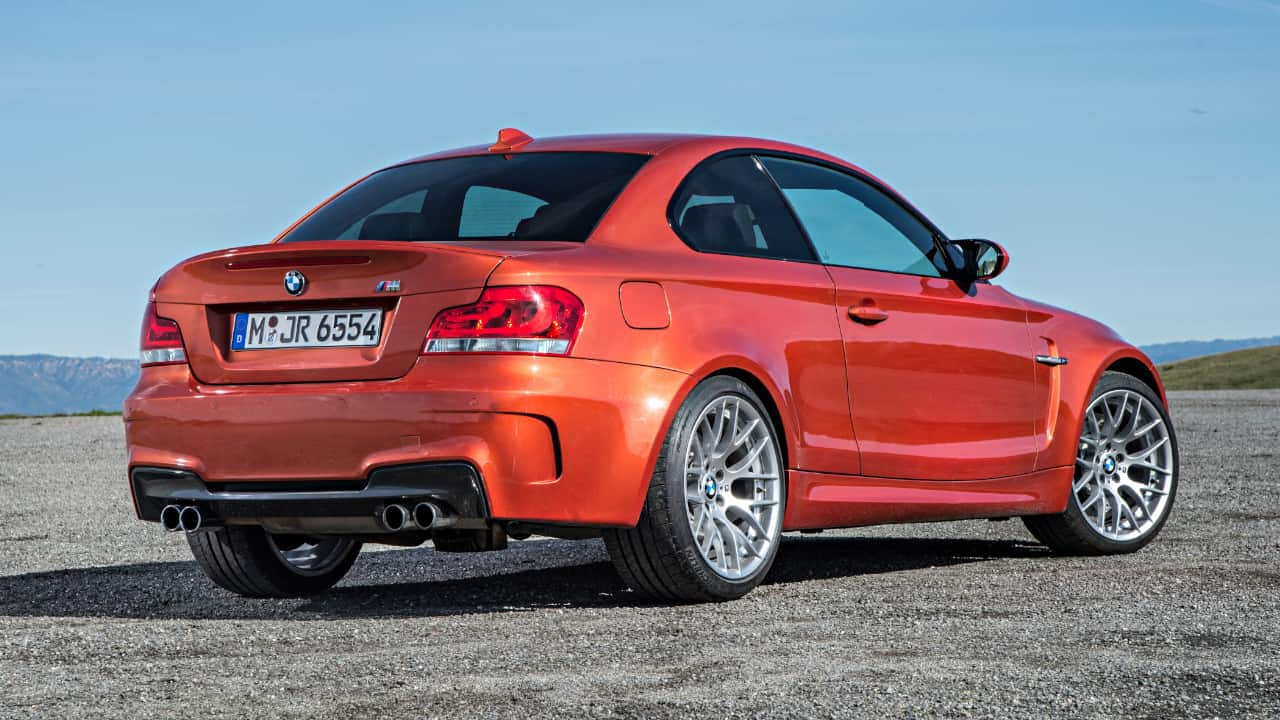 From new, you could specify a 1M in three colours: Alpine White, Sapphire Black and arguably the best colour - Valencia Orange. The latter obviously succeeded in being the more extrovert choice, giving a huge hint that you are in fact looking at something special from BMW M.

This also happened to be the colour BMW chose to market the car in too - well, it is an M car after all. Whereas Alpine White and Sapphire Black were a lot more subtle, and are somewhat understated. However, there is nothing subtle about the 1M's quad exhaust tips teamed with the gorgeous 19-inch M light alloy wheels.

Interestingly, the 1M was amongst some of the first cars to bring turbo-charging to BMW M cars which again raised eyebrows with purists, as naturally aspirated engines were always the key point of a BMW M car. In a world where emissions regulations were getting stricter, turbocharging was going to be adopted sooner or later, and it has not been a bad thing with the 1M as it gave the car a playful and punchy character.

This resulted in the 1M being characteristically M car quick too, with 0 to 62mph achieved in just 4.9 seconds. Although it is thought BMW were a bit conservative with this figure and its actually around half a second quicker in reality.

Despite the BMW 1M being dubbed a 'part bins special' to some, along with it being based on an entry-level BMW, amongst other details which could be seen as negative, it has not affected this baby M car at all.

With values staying strong the 1M has captured the hearts of driving enthusiasts everywhere. The short wheelbase, classic BMW rear-wheel drive and 50/50 weight distribution all ensured the right ingredients were included. Then of course, was the transmission. A purist's 6-speed manual gearbox. The 1M had the basics nailed to a tee. It offered such a raw and analogue experience, like that of its legendary sibling; the E30 M3.

Being limited to just 450 UK examples has of course made it more exclusive than that of an M3 or similar, but petrolheads love a small car with big power, and one that can handle as well as the BMW 1M Coupe is pretty much driving perfection.

With all the facts gathered, is the BMW 1 Series M Coupe the greatest M car ever? In a world where cars are becoming larger, more restricted and adopting more autonomous characteristics, it comes as no surprise to see the BMW 1M being so sought-after.

But BMW have made some legendary M cars. There is the E30 M3 and M1 Supercar that some may argue are the greatest. One thing is for sure, the BMW 1M is certainly one of the greatest, and will continue to be highly sought-after, make no mistake.

It is also worth noting, the BMW 1M's name is somewhat reversed. Why is it not called the BMW M1, like its siblings, the M2, M3 etc? Well, the very first BMW M car was the BMW M1 supercar, so it was only right in this instance to use a slightly different name.

Now you have a feel for just how good the BMW 1M is, maybe you fancy a BMW M car for yourself?

We have been lucky enough in the past to have brand-new and used BMW 1M examples amongst our inventory, but as you can imagine, today the 1M is ultra rare and examples coming into stock are few and far between.

However, we do have a comprehensive selection of brand-new and used BMW M cars available, including the all-new BMW M3, and used heroes like the BMW M2.

Contact your local Stratstone BMW retailer today to arrange a test drive or to find out more about our new or used BMW M cars. 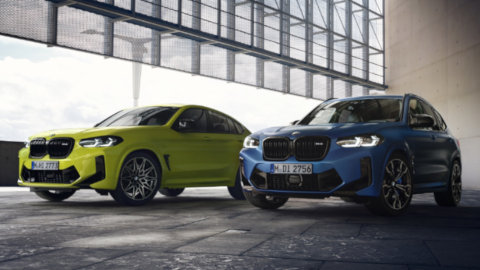