BMW 8 Series E31 Coupe: A Munich Masterpiece? As part of our 'Spotlight' series, we revisit the striking E31 BMW 8 Series

There are few things cooler than a car with pop-up headlights. Add in a sleek and swooping silhouette and the original 'E31' BMW 8 Series still looks the part, even when parked next to its modern evolution.

As part of our 'Spotlight' series of blogs, we thought it was about time we revisited a retro BMW, and what better way than in the form of the stunning 8 series. This looks to complement our existing articles on more modern BMW models, in the form of the modern classic 1M and hardcore M4 GTS.

Interestingly, both the original and current BMW 8 Series are born in Dingofling, which is approximately 62 miles North East of Munich - which is where the BMW headquarters are. This means the E31 is more of a 'Bavarian Bahnstormer' than a 'Munich Masterpiece', if we were to be super critical. 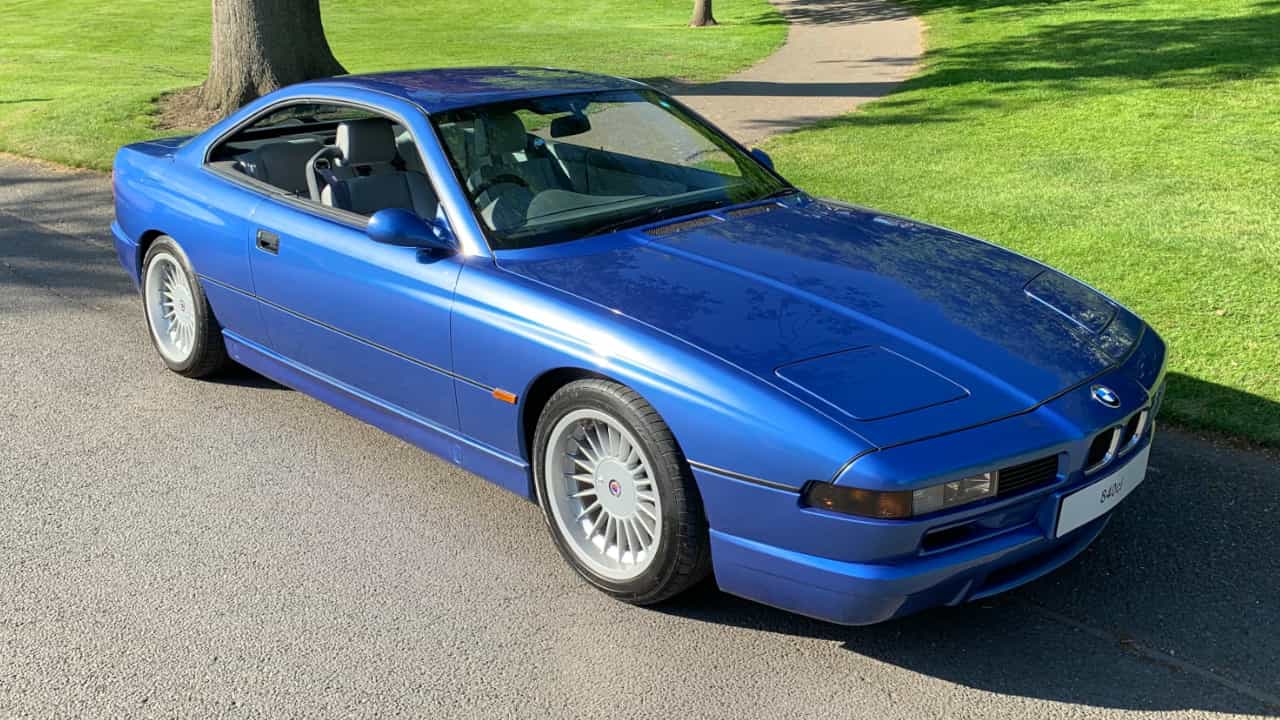 The exotic looks were not just for show either, as the car has a super low drag co-efficient which is more effective than some of today's latest supercars. The stunning silhouette is complemented by the car having no conventional B-pillars, resulting in a clean streak of glass on either side, meaning the overall shape is even more alluring.

Lowering the windows gives the 8 Series a unique look which is no longer seen on newer cars; a true piece of classic BMW design. 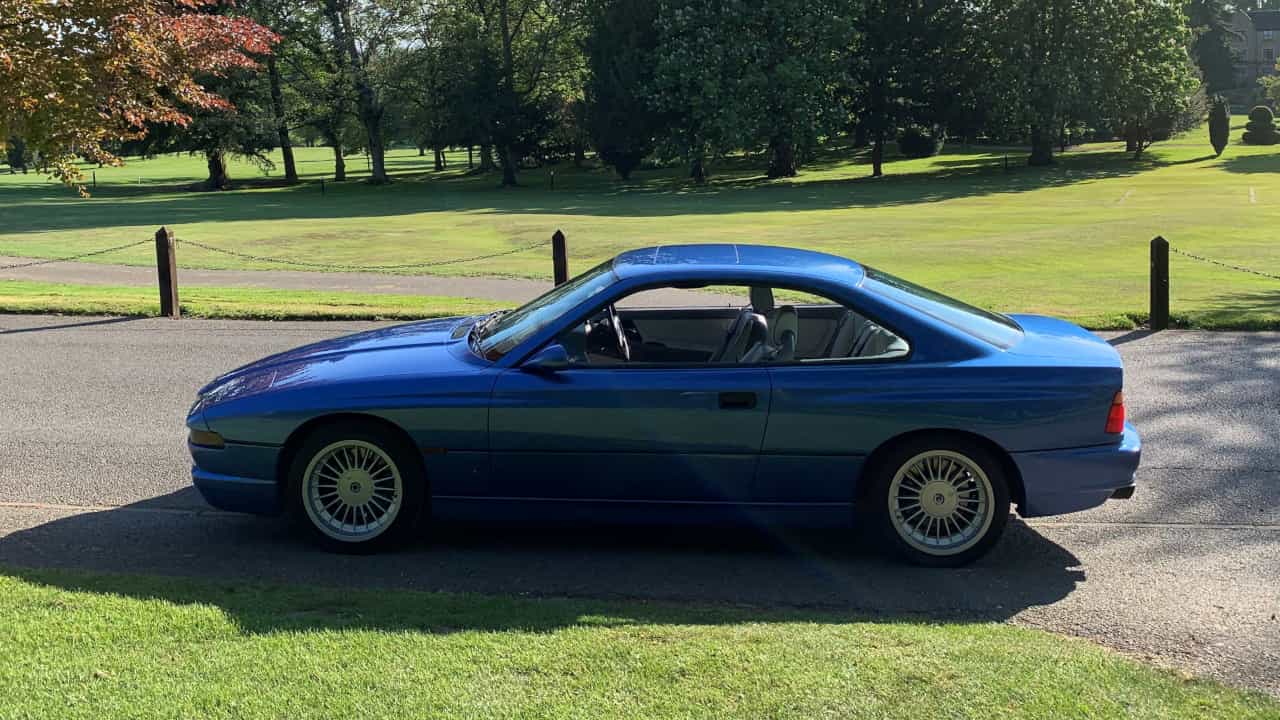 Unveiled at the 1989 Frankfurt International Motorshow, and costing upwards of £60,000 (approximately £150,000 in today's money) the E31 was the new flagship BMW model.

It is clear to see how these cars were built more for munching miles on the autobahn in complete comfort and style, rather than hustling down a tight and twisty B-road. This is more than likely why the M8 version was never offered for sale (despite a prototype being made). The sheer solidness of the car is quite the experience, a trait of German build quality, particularly from an era that many say was over engineered. 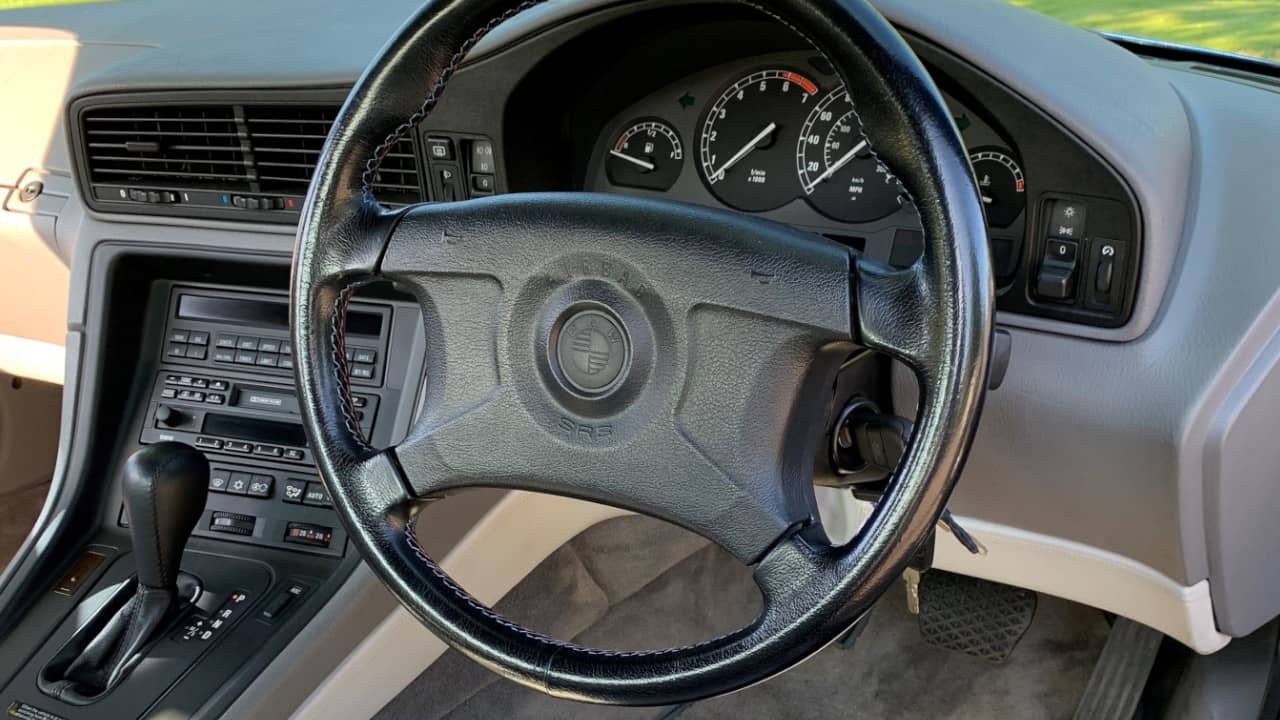 The model you see in our photos belonged to our Stratstone BMW Derby retailer for some time before being sold back in 2019. It was a stunning example of the later 840 CI model, which was first registered new in 1997.

It was finished in one of the most iconic BMW colours - Estoril Blue, and at the time of sale had covered just just under 50,000 miles, averaging just over 2,200 miles a year. It also came with genuine 17-inch Alpina wheels, which set the car off perfectly.

Step inside and the cream leather had worn remarkably well for a car which was over twenty years old. This was complemented by luxury grey carpeting which tied the interior quality up perfectly. What is more, the car only had three owners, came with a comprehensive service file and even came complete with a BMW approved used car warranty. 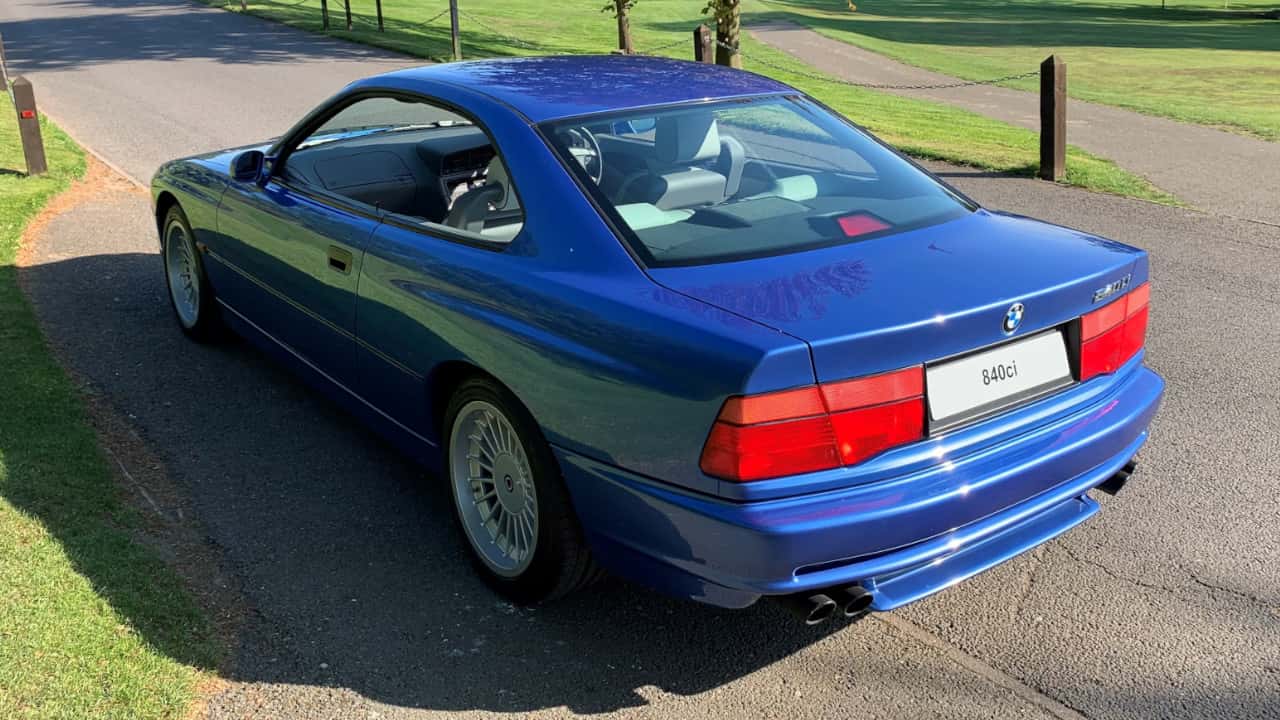 With such a unique car like the 8 Series, prices will almost certainly stay strong, keeping in line with sought after, classic BMW models.

Looking back, the E31 design language was daring and striking, a trend we are seeing with BMW design today. Will the current 8 Series be as sought-after as the original in years to come? It certainly has the looks and performance to give it a fighting chance, that is for sure.

Although used E31 BMW 8 Series are rare in our inventory, we do have many other modern BMW 8 Series for sale both new and used.

We also have many tempting new BMW car offers and used BMW offers, too. Alternatively, contact your local Stratstone BMW retailer for anything else regarding our BMW sales and aftersales services. 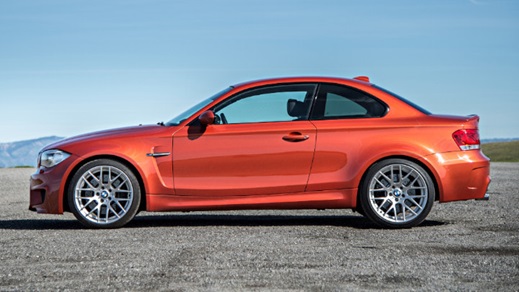