Doing the research for this article was tricky because of all the variables. So imagine the joy when we found one of the exact cars from the show listed for sale. It was the Lamborghini Urraco nonetheless, which was being sold for over £20,000 more than it was sold for originally. That is not a bad return at all.

A fully working Aston Martin DB7 for a shade under £20,000? That is immense value. Yet, Mike bagged one for £12,500. V12 British heritage is not exactly easy or cheap to come by these days, so it is fair to say Mike got himself a great deal.

No, that is not a typo below. Mike bought a Boxster S for just £1,000. The fix the car required was inexpensive too, which certainly left a bitter taste in the mouth. If you find one for similar money, then buy it alongside a lottery ticket because your luck is in.

We know the money is not just what the show is about, it is about giving interesting cars a new lease of life. However, it is astonishing to see the rise in classic car values over the course of just ten seasons. We wholeheartedly look forward to many more Wheeler Dealers episodes and the work they do to keep such stunning machinery on the roads. 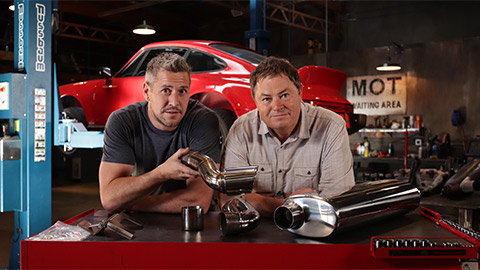 The Real Life Cost to Buy Every Car in Gran Turismo