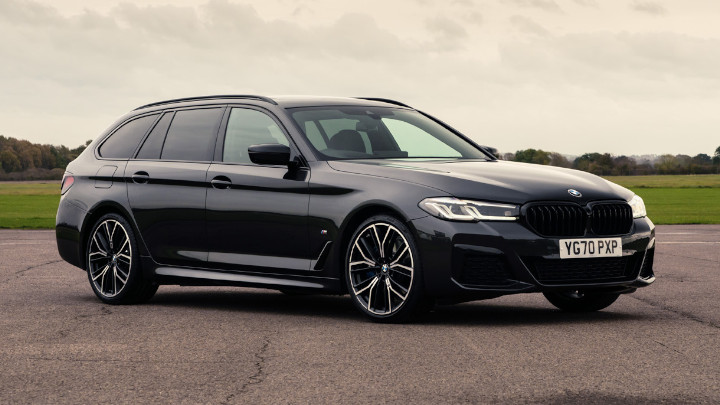 Large saloons are hardly the flavour of the month these days. But their estate car ‘brothers’ are withstanding the onslaught of the SUV craze.

For keen drivers, they offer car-like road manners alongside the space and carrying capacity of a big crossover, so it is a useful option without having to make much of a compromise in terms of driveability.

Add the option of plug-in hybrid power, and you have a formula that holds strong appeal, particularly to tax-conscious company buyers.

Recently, BMW has broadened its new facelifted 5 Series range with the introduction of 530e Touring, a prestige estate car with bags of space for luggage and passengers and a petrol hybrid propulsion.

First, for a few statistics that jump out of the page when you scan the 530e’s spec – 62mph comes up in a rapid 5.9 seconds while the official combined economy shouts out 201.8mpg, alongside meagre emissions of 31g/km. Impressive stuff, although it is best to take the official 200+mpg with a liberal pinch of salt.

Up front, there is a 2.0-litre, 4-cylinder turbo petrol engine allied to electric power. Start off from standstill is electric, and when the petrol motor kicks in, it does so with a smoothness and seamlessness that many other manufacturers fail to achieve.

Approaching peak revs, the engine hits a slightly more harsh note, but that is the only real giveaway that this is a 4-cylinder rather than a 6-cylinder. An 8-speed automatic transmission nicely matches the power unit and maintains the general level of refinement.

The ride reaches just about the right compromise between dynamic sporting behaviour and the sort of comfort that buyers demand of an expensive prestige car. In addition to the usual controls, there is a centrally placed battery control lever, which allows the driver to put back electric power into the system.

With good body control and positive, nicely weighted steering, handling is of a high order.

It is one of those few cars that can adapt from being a comfortable family tourer to being a genuine sporting drive at the dab of an accelerator.
Jon Smith

The cabin is sombre but beautifully finished with hide upholstery, solid heavy-duty plastics and well fitting panels. The front seats are heated, electrically adjustable and also have extending squabs. The rear seats split and fold to boost luggage carrying capacity.

The rear glass screen can open independently of the tailgate – such a useful feature that it is surprising more makers do not follow suit.

The major controls and dials follow the usual BMW pattern and are exemplary. Despite the large touch screen, there are a number of manual controls, which mean you do not need a two-week tech course before taking the wheel.

The 5 Series Touring has been on top of its game for years now. And this latest addition to the range ensures it is still the estate car to beat.

With a state-of-the-art interior, top-level technology, and an incredible performance, it is no surprise the 5 series remains a popular BMW model. 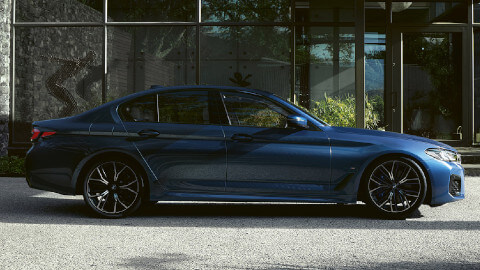 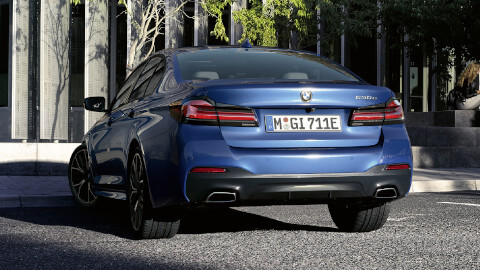