We go behind the scenes as Stratstone's Jaguar Lightweight E-type has its first run at the iconic hill climb venue.

The First Shakedown - A Legend is Returning to the Track

Thursday, April 7th, 2016, and the scenic hills of Worcestershire reverberate to the classic burbling of an iconic flat-six engine at idle.

In the paddock of the historic Shelsley Walsh hillclimb venue, a legend is returning to the track. Jaguar Lightweight E-type No. 15 – the third of the ‘missing six’ cars from the original planned 18-strong run – has just been completed by Jaguar, and is now in the possession of its new owners, ready for its first shakedown run in private hands.

The sensation of seeing this re-born classic in the flesh is electrifying. As you’d expect with a car that was hand-built to match the original models with millimetre precision, it looks exactly how you’d expect a Lightweight E-type to look. Yet, the fact that every detail is so factory fresh is almost disconcerting. It’s like you’ve stepped through a time bubble, to the day when this car’s forerunners first came off the original Jaguar factory line, all the way back in 1963. 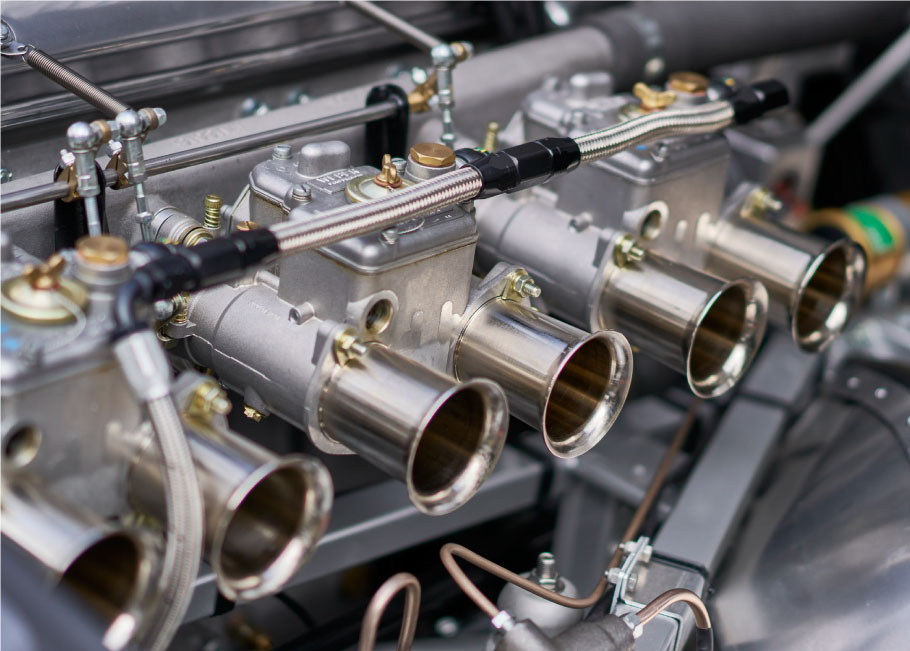 At the wheel for this shakedown run is classic car enthusiast and racer Katarina Kyvalova. Over the course of the preceding six months, she has notched up podium finishes in the Freddie March Memorial Tropy in the 2015 Goodwood Revival in a Cooper Jaguar, and the Spa Six Hours with her Bentley Belles team in an Austin Healey 3000, before racing her own Jaguar E-type in the Graham Hill Trophy at the 2016 Goodwood Members’ Meeting. It makes her ideally qualified to give the Lightweight E-type its first run under the hands of its new owners. 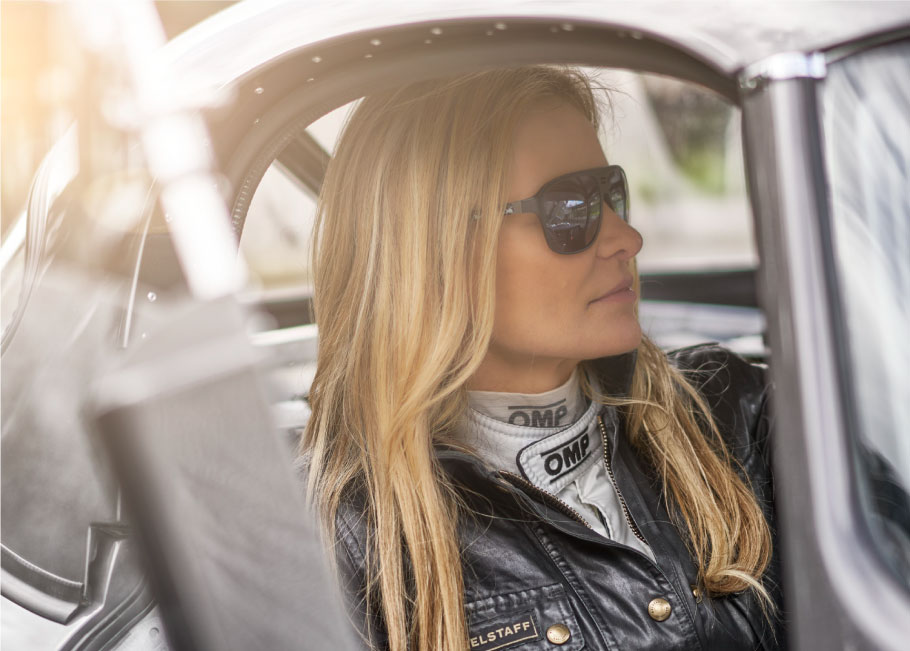 As the world’s oldest racing venue to still run its original layout – older, in fact,than Le Mans, Indianapolis or Monza – the Shelsley Walsh hillclimb is the perfect location for the first run of this iconic car. Along its 900m length, the course rises 100m through the hills of Worcestershire’s Teme Valley. Top competition cars complete the run in under 23 seconds. Although this is no day for setting records, with a brand-new car that is already worth well in excess of £1m, the Jaguar Lightweight E-type is a car that was born to race. 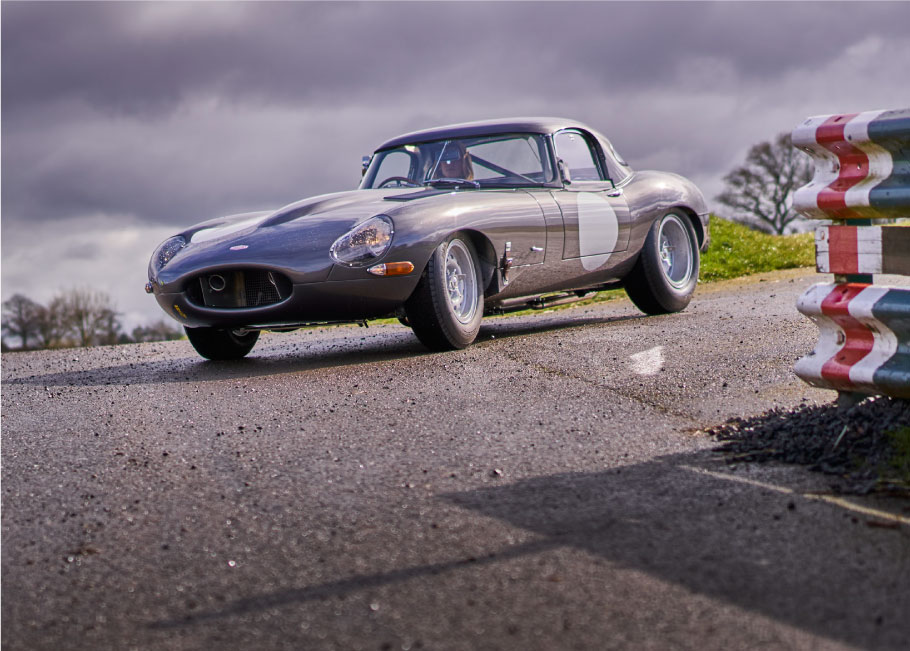 As Katarina sets off on her run, the rear of the Lightweight E-type squirms on the greasy rain-soaked track, as 330bhp is unleashed through the skinny rear tyres. As the car gains speed round the Kennel Bend and out of sight behind the trees, the burbling purr of the 3.8-litre engine turns into that distinctive Jaguar roar once again. 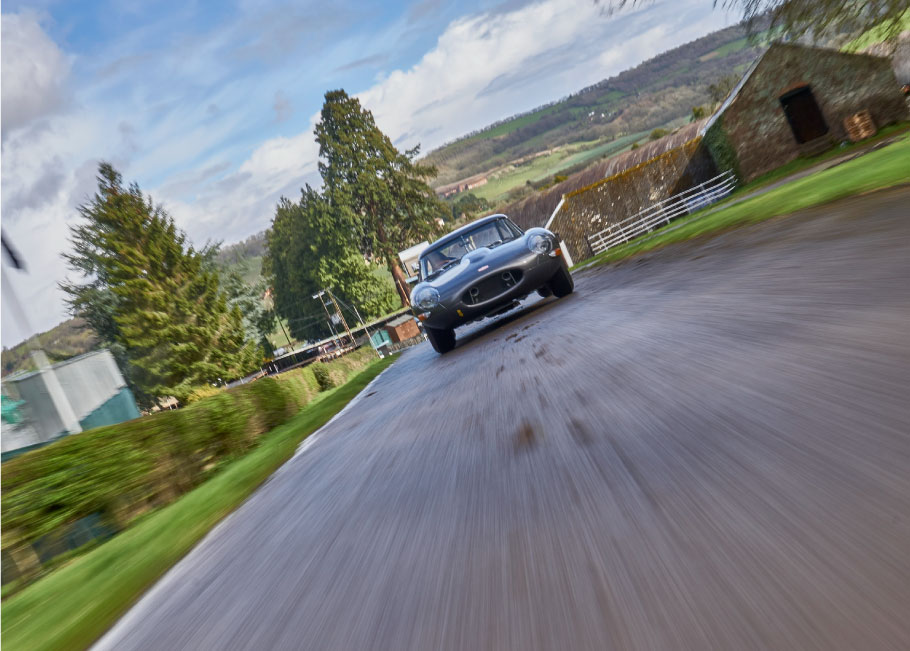 After several runs, the smile on Katarina’s face is hard to contain.

“At the start, I was very careful, because having so many horsepower in a car that is so lightweight can be very tricky, especially in today’s wet conditions,” she says. “The back end is very twitchy, because it responds really quickly on the throttle. But, after two corners, I thought: ‘That’s fun’. I could honestly keep driving this car up and down the hill all day. Even in a short time, I definitely fell in love with it. This has been a real once in a lifetime day for me. It’s going to be difficult to forget. It’s something truly special.” 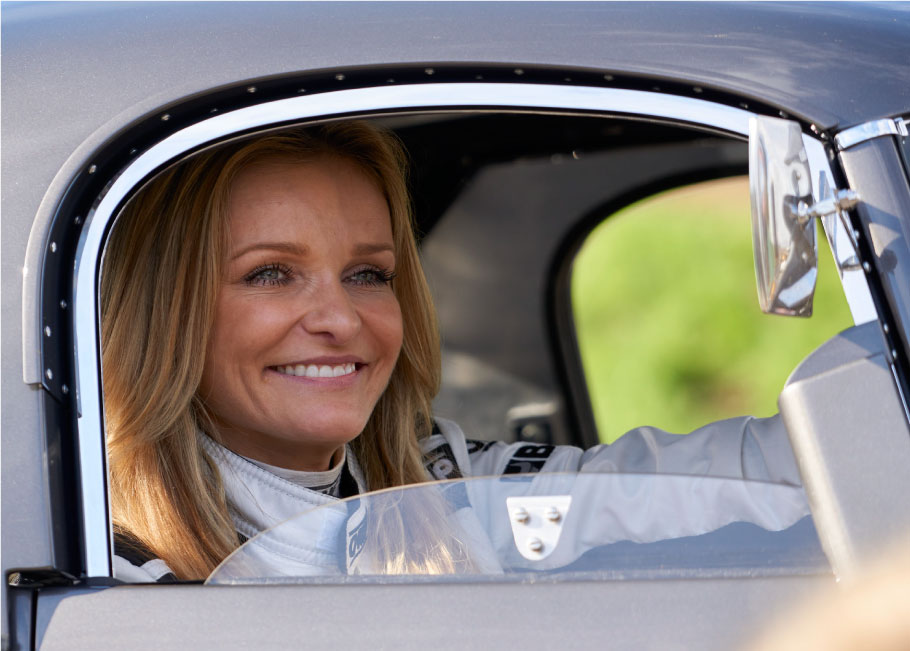 For the Jaguar Classic team members who attended this first run, it’s a strange feeling. They have toiled over this car for countless days and weeks, but it’s now out of their hands. Like a father on a wedding day, it will always be their daughter, but now it’s also someone’s wife.

“They do become like your children in a way, and it’s hard to let go – especially if they’ve gone halfway around the world, because you may never see them again. Today was unique in the fact that we’ve been with the customer when they’ve taken ownership of the car and used it. It’s great to see the smiles on the faces of the driver, and the customer, everyone around it. That’s very satisfying.” 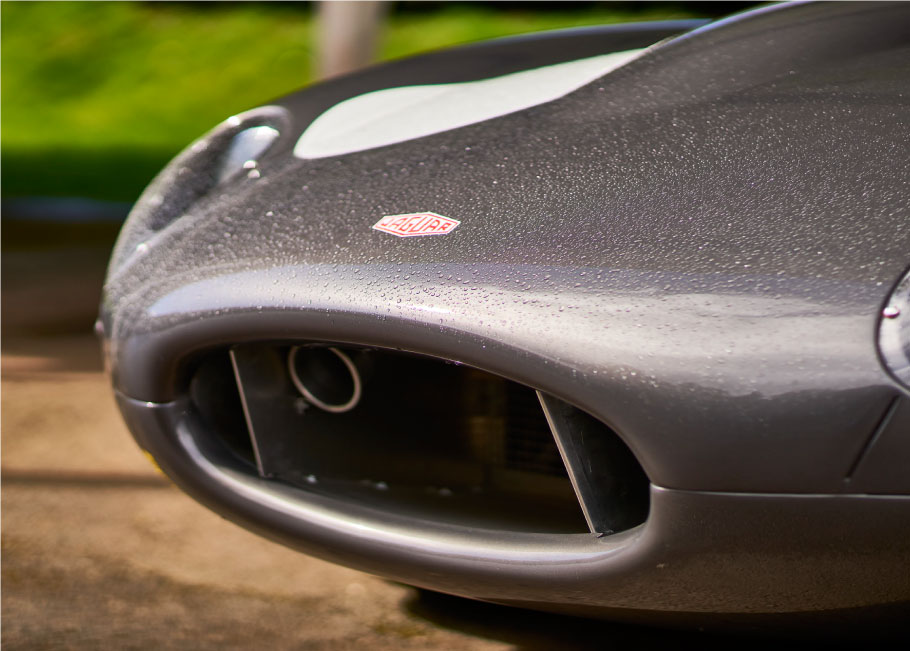 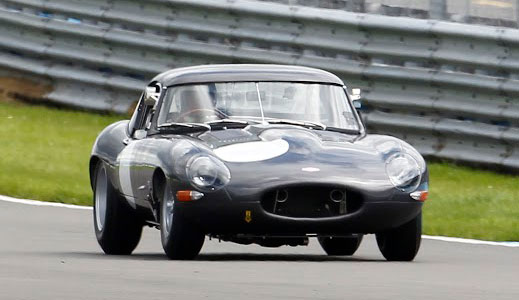 An extensive rebuild and a shakedown test at Donington Park.