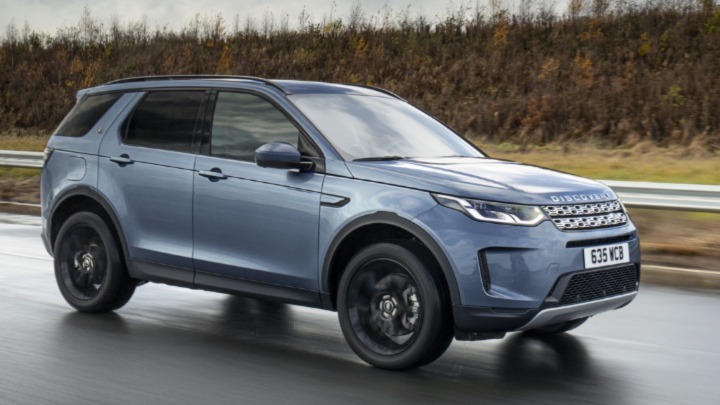 The Land Rover Discovery Sport in refined R-Dynamic SE trim, is a top-level, luxurious SUV inside and out.
View Offers

Rugged, tough, and durable, each an appropriate adjective for the iconic marque Land Rover.

But a description less likely to be used is ‘refined and smooth’. Yet these are the salient qualities and the prevailing impressions of the Discovery Sport P300e R-Dynamic SE trim, a plug-in petrol hybrid that also possesses the established off-road traits of the breed.

Powered by a 1.5-litre turbocharged 4-cylinder engine with electric assistance, it pushes out a significant 305bhp. More relevant is its unusual quietness and the complete lack of hustle-and-bustle that covers the miles.

Like all Disco Sport versions, it is four-wheel drive and comes with an automatic 8-speed gearbox.

The first impression is of an eerie silence as you draw away, and even when the engine starts, there is a barely audible background sound of the internal combustion engine. The next thing you notice is the thump-in-the-back acceleration.

With 300-plus brake horsepower at hand, the family holdall sprints to 62mph in less than 7.0 seconds – that is hot hatch terrain. The official economy is given at 141mpg – but in reality you are more likely to achieve something in the mid-30s.

As far as the electric range is concerned, it will cover around 43 miles before engaging petrol power.

The P300e is something of a technological tour de force. Under the bonnet is a 3-cylinder, 1.5-litre engine coupled to a 109bhp 80kW electric motor and a 15kWh lithium battery.

At more than 84mph, the electric motor is disconnected, and four-wheel drive only operates under ICE power.

Despite the Discovery Sport's considerable weight, it handles sharply with a nimbleness not normally associated with tall off-roaders. You would expect decent bump-suppression in a Land Rover, and you get it in spade loads.

But more surprising is the car’s dynamic ability over normal roads.

It is genuinely fun to drive and with ample torque, and overtaking manoeuvres are completed quickly and safely.
Jon Smith

The version driven here is the R-Dynamic SE, which comes loaded with most goodies. Panoramic fixed glass sunroof, heated seats, twin zone climate control, Bluetooth connectivity, and lane assist are just some of the standard items.

The cabin was treated to an update and facelift recently, and is now a good match for the best in its class, with high grade mouldings and a large touch screen.

It is roomy enough for four onboard, or even five. But the Disco Sport is not configured to be a 7-seater, which might put off some families. With an ability to consume almost 1,800 litres of luggage, there is no shortage of cargo space. The rear platform, however, is set quite high for hauling heavy items.

Despite the relatively high price tag, the Discovery Sport holds strong appeal to the owner who puts a high value on refinement, image, and driving appeal as well as off-road carrying capability. 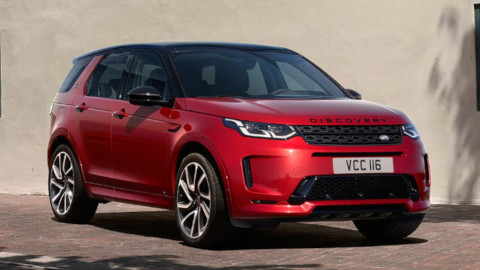 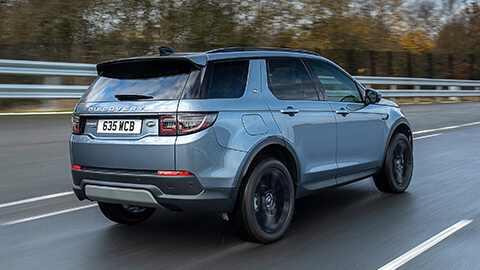