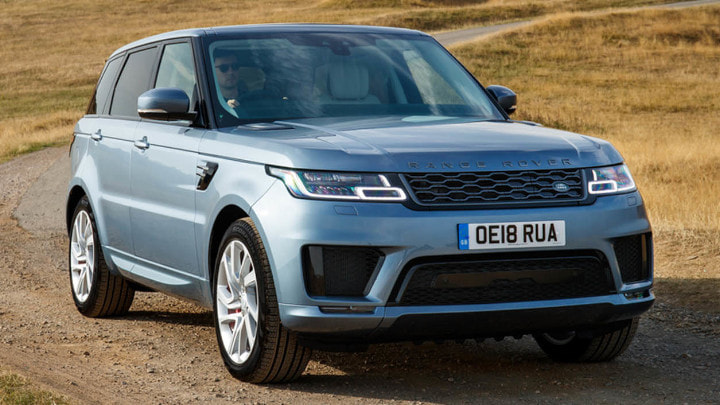 Dynamic, clean, elegant and muscular – there can be no doubt that the Range Rover Sport in refined HSE trim is built for impact.
View Offers

Key to the Range Rover Sport’s appeal is its sophisticated design, opulent interior, and of course that trademark all-round Land Rover capability.

And now you can add economy – to a point at least – to that list of attributes courtesy of the luxury adventure brand’s new plug-in hybrid model.

Named the P400e, it is the most fuel-efficient Range Rover Sport yet and can drive up to 25 miles in full electric mode with zero tailpipe emissions.

It features a powerful 2.0-litre petrol engine from Land Rover’s Ingenium family, paired with a 105kW electric motor for a combined output of a whopping 398bhp.

Out on the road, the Sport’s strong performance is backed up by an engaging drive that strikes an easy balance between dynamics and comfort.
Mike Torpey

The all-wheel drive and air suspension both respond seamlessly to road conditions, providing plenty of driver feedback and involvement, while feeling refined throughout.

The PHEV powertrain blasts the sleek-looking Sport from 0 to 62mph in around 5.9 seconds, on to a potential 137mph while returning up to 88.3mpg in WLTP (Worldwide Harmonised Light Vehicle Test Procedure) tests, though our own return proved a little less impressive.

It is the plug-in bit that really makes the difference, a standard-fit Mode 3 cable enabling a full charge to take less than three hours from a wallbox or public charging point, compared to 7.5 hours via a regular Mode 2 attachment.

The feel good factor that comes from piloting a car like the Sport takes some beating, but then you certainly pay for the privilege.

And even though every model comes comprehensively specced up, there is still scope to add more goodies.

Apple CarPlay and Android Auto are offered as standard across all models, while up to eight 4G Wi-Fi connections can be made. Driver and passenger wellbeing has been boosted too, with the Sport’s cabin air ionisation system.

Controlled via a Purify button within the touchscreen infotainment, it filters out fine dust particles and allergens, and also neutralises odours.

Technology like Land Rover’s multimode terrain response set-up, hill descent control and adaptive damping are all part of the package.

And for added peace of mind, a 12-month subscription to the highest level of vehicle security - Secure Tracker Pro is standard-fit.

Step inside, and you are greeted by a cabin that is both simple and sumptuous with soft perforated leather seats, acres of rear space, and sufficient luggage space with the rear seats folded.

There is also a pin-sharp Meridian surround sound set-up, a rear armrest containing a pair of cupholders along with a flip-up tray in two halves – one for oddments or a mobile, the other housing the remote control for the rear media system, which has a screen in the back of each front seat headrest.

You can also appreciate a bright, airy atmosphere in the car thanks to the panoramic glass roof that stretches the length of the cabin, and enjoy chilled drinks from the centre console cooler compartment.

There are few better looking or more comfortable SUVs on the road than the Range Rover Sport. Adding to the already dynamic looks of the Sport, refined HSE trim adds a sophisticated design and a host of luxury touches covering every inch of the cabin. 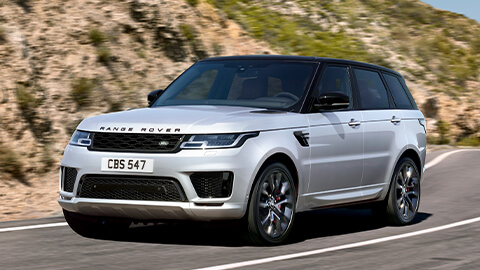 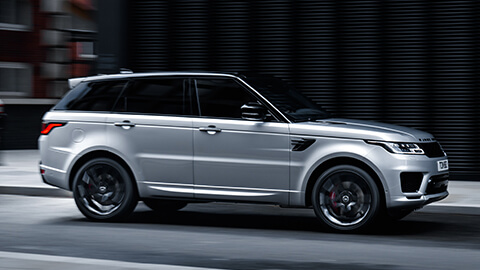