The Jaguar E-type is widely recognised as one of Britain's finest feats of engineering and design, being loved by many around the world. Despite being released in the 1960s, the Jaguar E-type remains at the forefront of conversation amongst enthusiasts and is a staple part of automotive heritage.

Jaguar also released a hardcore racing variant called the 'Lightweight E-type', with the aim of outperforming the competition on the racetrack. However, there is a surprising amount of people who are unaware of the Lightweight E-type's rise to icon status.

From battling it out at the legendary Le Mans race circuit in France, to the story of the 'missing Lightweights', we highlight five facts about the Lightweight Jaguar E-type that you may not know. 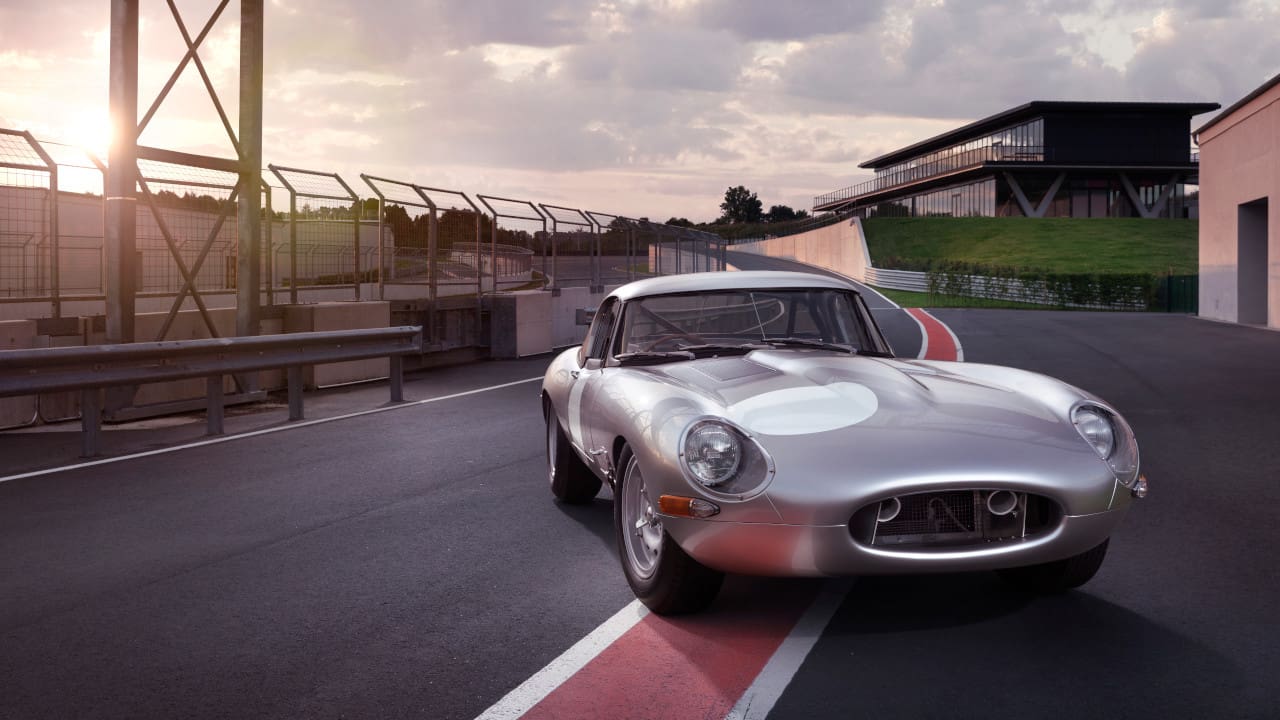 The original Jaguar E-type was unveiled at the 1961 Geneva Motor Show; and some may remember the tale of how Norman Lewis, Chief Development Test Engineer, took one of the first cars all the way from Coventry to Geneva in just 11 hours. This was the platform on which the E-type would go on to be one of the world's most famous cars.

In 1963, Jaguar decided it was time to turn the E-type into a competitive race car. An initial 12 Lightweight E-types were manufactured, each weighing less than 1,000kg. More power was drawn from the 3.8-litre straight six engine, while a focus was also applied to the handling of the car to make it better suited to racing.

Of the planned 18 cars, only 12 were manufactured in the 1960s, leading to the story (and our next fact) of the 'missing Lightweights'. 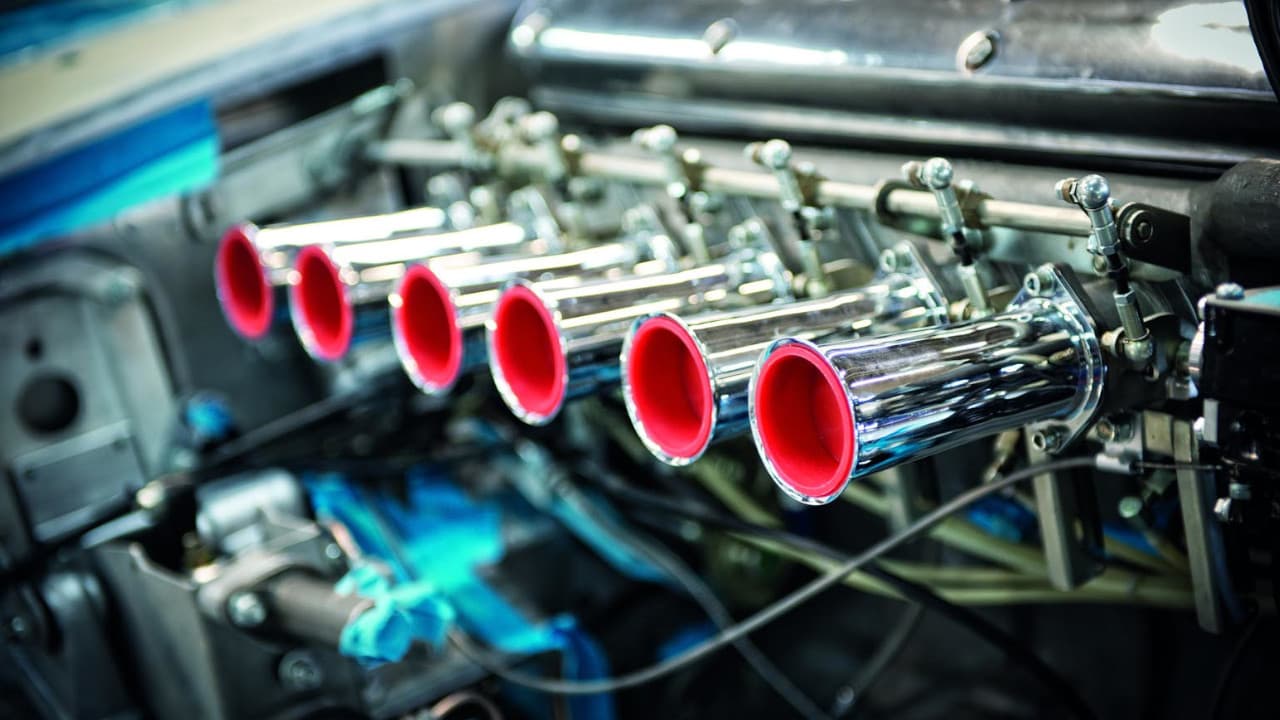 Despite designing and creating the blueprints for 18 Lightweight E-type cars, Jaguar only ever made 12 of them. The remaining six chassis numbers were confined to Jaguar's old production ledgers, laying dormant for decades.

In 2014, Jaguar launched their Special Vehicle Operations (SVO) unit and decided to bring the missing six to life, meaning the plan for 18 cars would be fulfilled. However, this proved to be no easy feat due to the technicalities and skill set required to craft various features of the car.

As a result, Jaguar's engineers spent months researching, photographing, and scanning the original cars to understand the intricacies of the design. A prototype was then revealed at Pebble Beach in 2015 before the final six were released to their owners. 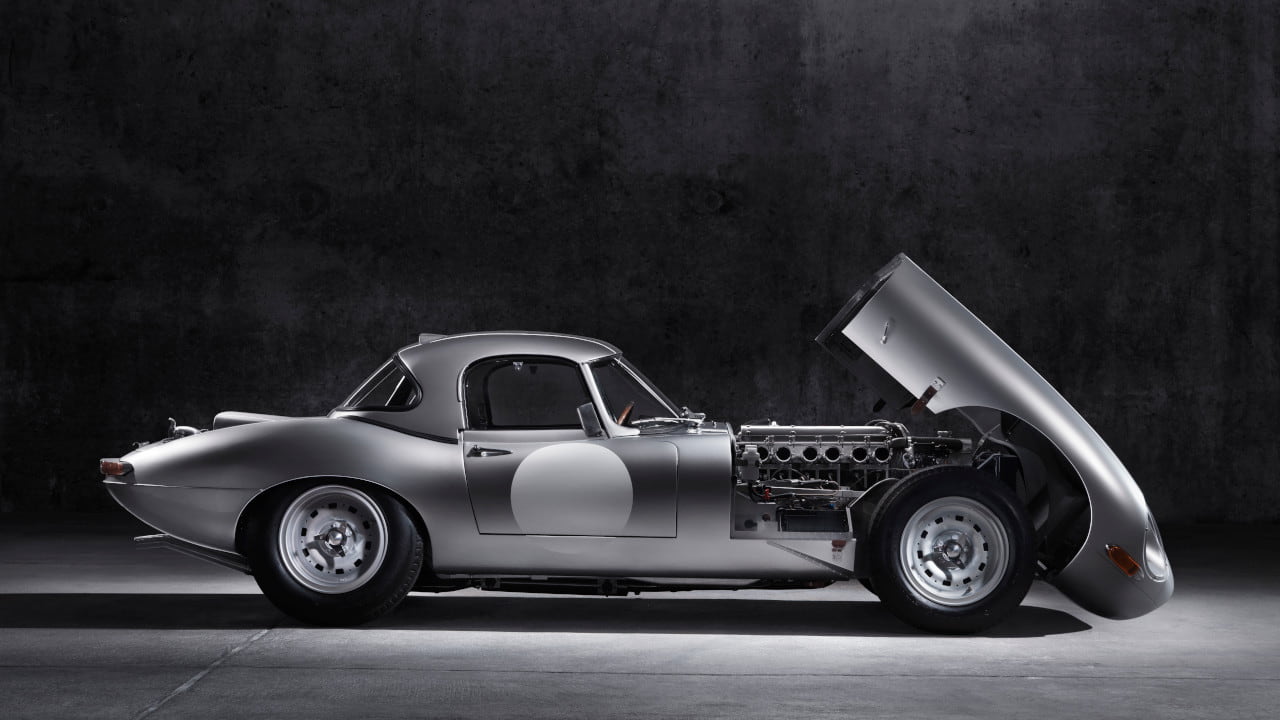 Through their desire for the 'new' Lightweight E-types to be eligible for classic racing competitions, Jaguar handed their technicians the challenge of building the cars using the same methods and techniques that were originally implemented in 1963.

Whilst the latest technology and most advanced equipment was available for them to use, they would have enhanced the performance of the cars, thus making them ineligible for entry into the classic races.

Tools such as an old-fashioned rivet gun and welding techniques from the 1960s were used in the exact same manner to ensure the missing six were identical to the originals. The steering wheel badges were also crafted by a jeweller based on a damaged original, as the engineers were not satisfied with the quality of replicas. 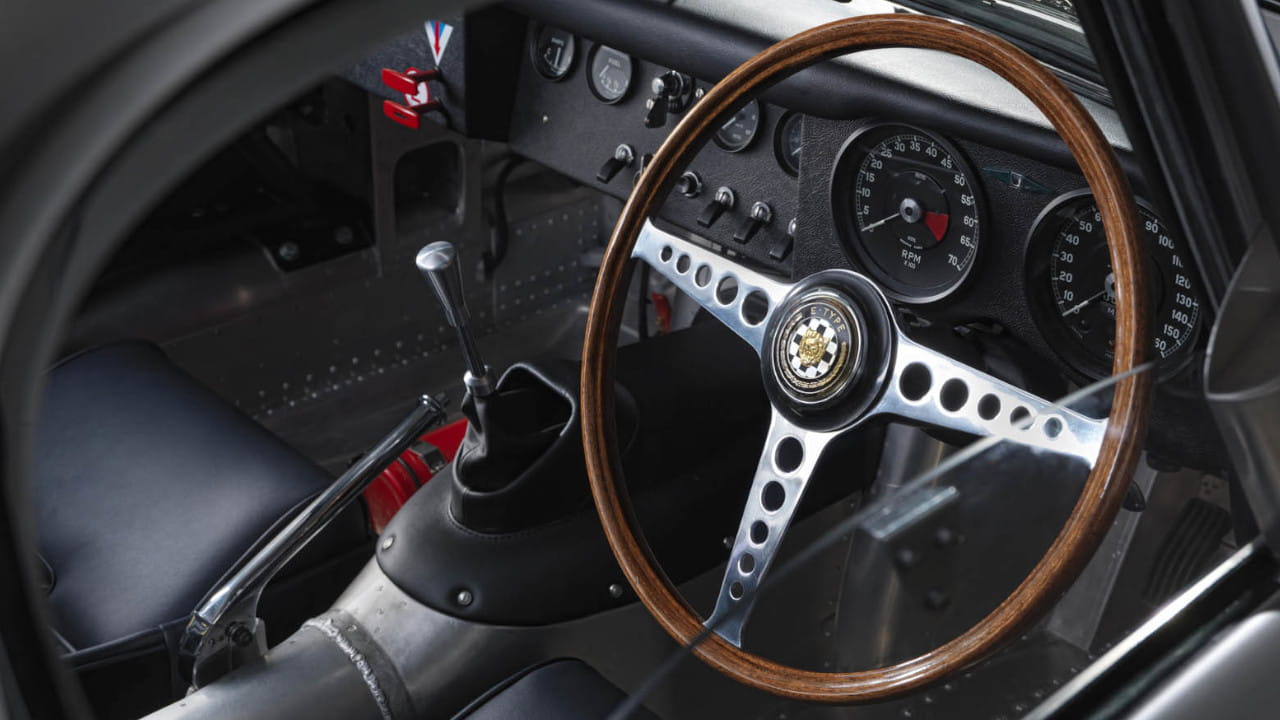 However, Coombs also owned a Ferrari 250 GTO, which he would often field with F1 World Champion Graham Hill behind the wheel. This meant the Lightweight E-type seat was left vacant.

A young Scottish gentleman named Jackie Stewart was winning everything in the Formula 3 series, and was invited by Coombs to test drive the E-type at Silverstone circuit. Whilst dubious at first due to Stewart's lack of experience, Coombs would sign the Scotsman that very day following a number of track records set by Stewart in the E-type.

Jackie Stewart recorded a number of wins in the Lightweight E-type and went on to race in Formula 1, winning three world championships. 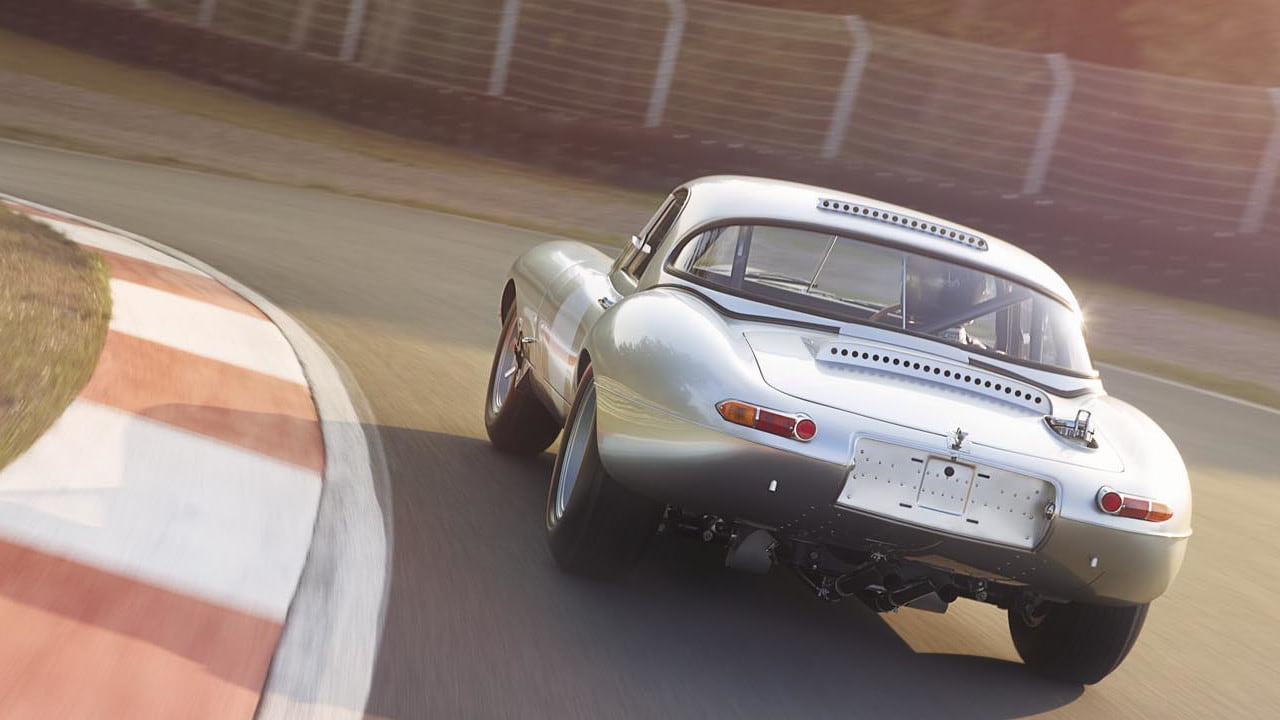 Jaguar were well versed when it came to racing at Le Mans, they had experienced huge success during the 1950s with the Jaguar C-type and D-type (XKSS). They even won it three times in a row from 1955 to 1957, which is no easy feat.

However, the challenge of preparing the car for Le Mans was made even harder considering the standard E-type was never intended to be a racing car.

With its lighter body shell, uprated power unit, and agile handling, the E-type performed admirably during its Le Mans races, but due to Ferrari's domination during this era, it did not record a race win at the fabled French circuit.

Whilst it is not Jaguar's most successful race car ever built, it is arguably the most iconic and its characteristics showcased at Le Mans just added to its desirability.

The Lightweight Jaguar E-type is one of the most graceful pieces of British engineering ever created, and its heritage is one that will never be forgotten.

At Stratstone, we are extremely privileged to own one of the six 'missing' Lightweight E-types. If you are looking to buy your own Jaguar, we have a wide variety of models in our extensive new and used car collection.

Alternatively, you can read more about the history of the brands we work with within our blog section. 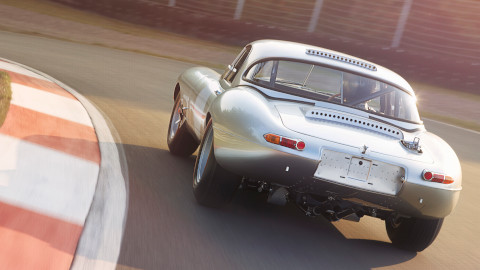 Jaguar XKSS The Most Sought After Jaguar