MINI GP: The Fastest MINI Ever The MINI GP is a unique variant of the MINI Hatch that has been dialled up to 10. Discover its impressive features in more detail here.

What is the MINI GP?

Those that own a MINI have become accustomed to its dynamic, go-kart like handling, but no regular MINI model epitomises driving fun quite like the MINI GP.

Sitting alongside the likes of the MINI JCW Challenge and MINI 1499 GT, The MINI GP is a special variant of the regular MINI hatchback, coming with a suite of performance-orientated features that deliver a driving experience like no other. The GP's story is one that is full of history, and we have highlighted a few of the reasons why it will no doubt be a model for the ages. 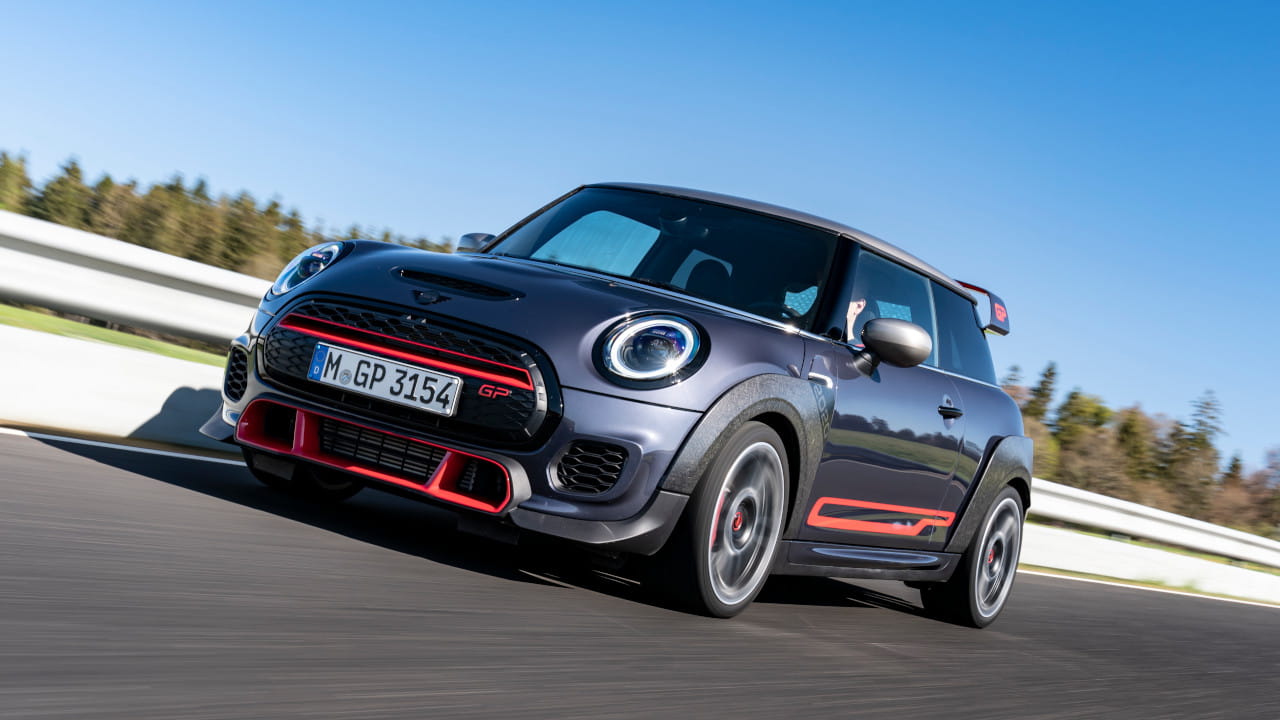 The MINI GP's story started back in 2006, when the first generation GP (the GP1) was introduced, based on the R53 platform. It weighed significantly less than other MINI models of its time, and featured 8bhp more than its equivalent John Cooper Works counterpart, which is no mean feat.

Despite mixed opinions initially, the GP1 laid the foundations for following iterations, and MINI introduced its successor, the MINI GP2, in 2012. The GP2 boasted the usual grey and red GP colour scheme, as well as a broad range of performance-orientated features equipped to the R56 platform. Limited to just 2,000 models worldwide, it is one of the most exclusive MINI models out there.

When the latest MINI GP was introduced (the GP3), things had clearly been turned up a notch. Based on the F56 platform, the GP3 features the boldest styling seen to date, with a distinctive rear wing, bulbous wheel arches, and an eye-watering increase in power. 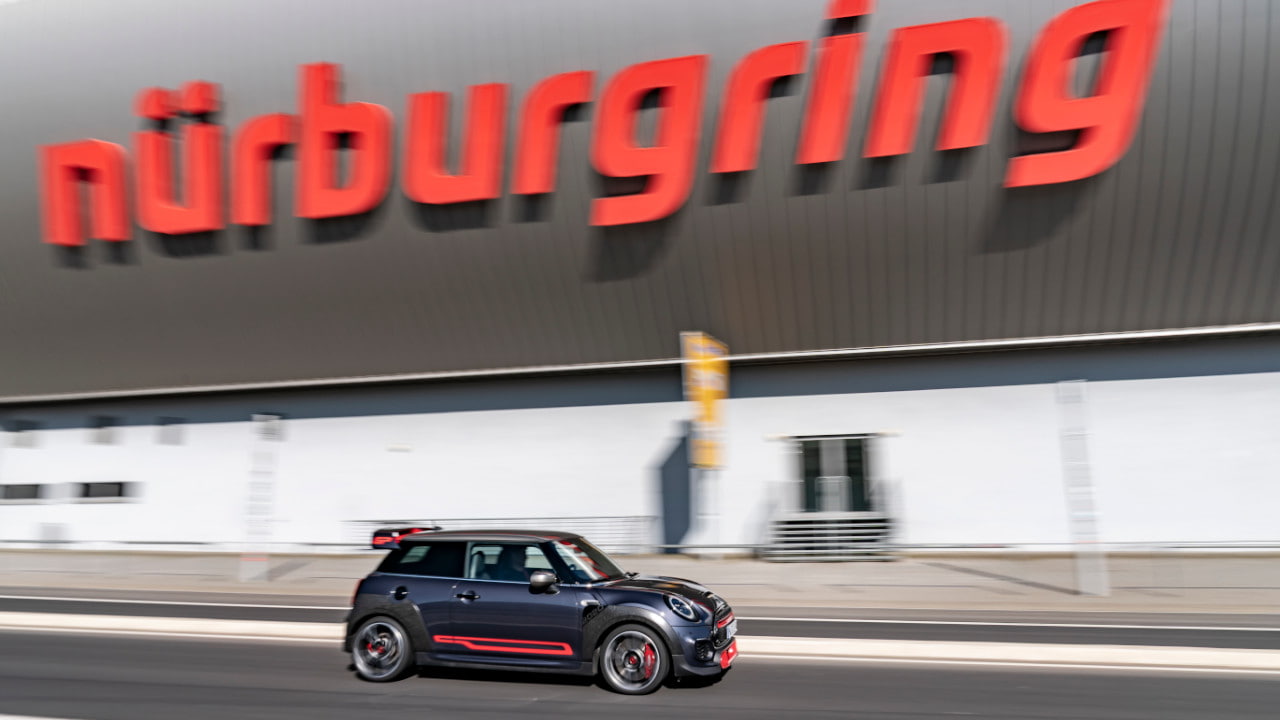 Those that have driven the regular MINI JCW, will know a thing or two about its exhilarating drive, but with over 70bhp more, the GP3 is in a realm of its own. Performance figures stand at 302bhp and 332lb ft of torque, which, for a car that weighs just 1,334kg, is mightily impressive.

All this power equates to a car that is the fastest of its kind. With a top speed of 164mph, the MINI GP3 is the fastest MINI ever manufactured. With a 0 to 62mph time of just 5.2 seconds, it will not take you long to reach high speeds, either.

Away from the track, or on a more relaxed drive, the MINI GP3 can double up as a decent daily drive too. With fuel economy figures of up to 39mpg combined produced by the 2.0-litre turbocharged unit, it is fairly impressive at keeping costs down despite its desire to be driven hard. 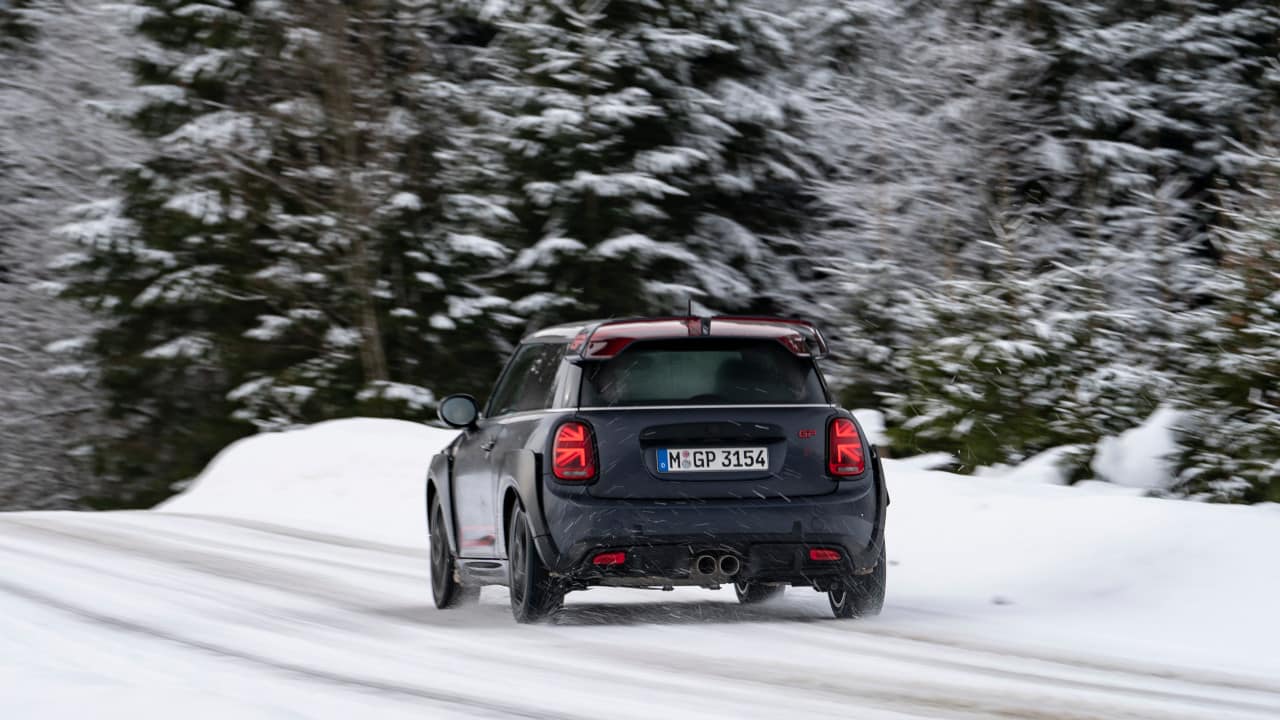 Equipping a car that is so compact with over 300bhp is not a traditional philosophy, so when MINI dared to do so, there were concerns surrounding how the car would actually drive. With a lowered ride height, as well as bespoke dampers and springs, it is much better suited to the smooth asphalt you will find on race circuits compared to the usual British road, but nonetheless it is a joy to drive.

Handling how MINIs should, it offers unrivalled levels of grip, even when in tricky conditions, allowing you to attack corners with confidence knowing the GP3 can handle it. However, pushing over 300bhp through the front wheels will come at a cost, especially in wet weather when the car will struggle to gain traction.

When it does gain traction, you will know about it. Not only due to its sheer speed as you travel through the 8-speed automatic gearbox, but also courtesy of its exhaust system, which releases a note that will put a smile on the face of most. It pops and bangs from time to time, too, for added pleasure.

Much of the GP's interior has been stripped out to save weight and ensure optimal performance is achieved, this does not mean it is spartan, though. Yes, the rear seats have been replaced by a load protection bar, meaning you can impress only one friend at a time, but the cockpit as a whole offers plenty of tech and luxury elements.

Comfortable leather/dinamica sports seats provide plenty of support when driving spiritedly, while a high resolution touchscreen houses much of the GP's technology, including a navigation system, MINI ConnectedDrive Services, and wireless charging when fitted with the optional GP Touring Pack.

Various GP symbols embellish the interior of the car, while the car's MINI John Cooper Works GP number is written proudly across the passenger's side of the dashboard to remind you that this is a very exclusive vehicle.

Due to the nature of GP models, they have only ever been produced in limited numbers. Only 2,000 GP1 models were produced (500 for the UK), and 2,000 GP2 models (288 for the UK). This limited-production approach continued with the GP3, however numbers were slightly increased, with 3,000 being produced worldwide and 575 destined for UK soil.

When new, the MINI GP3's prices started from £34,995, and they have not really fallen since then, showing just how desirable this special variant is.

The MINI JCW GP represents the wildest ambitions of the MINI brand and has some very noticeable differences compared to a regular model. We occasionally have MINI GP models available through our approved used MINI inventory, if you are looking to get your hands on one.

The MINI GP is one of the most exclusive and impressive MINI models ever manufactured. Its wild aesthetics, staggering performance figures, and performance-orientated interior ensure it is truly one-of-a-kind.

If you are interested in experiencing the MINI John Cooper Works range for yourself with a test drive, please contact your nearest Stratstone MINI retailer.

Alternatively, our Spotlight series takes an in-depth look at a variety of unique models from throughout the years, if you are interested in reading more. 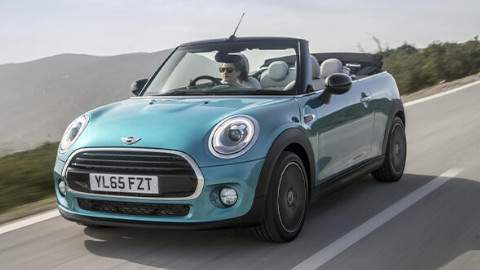