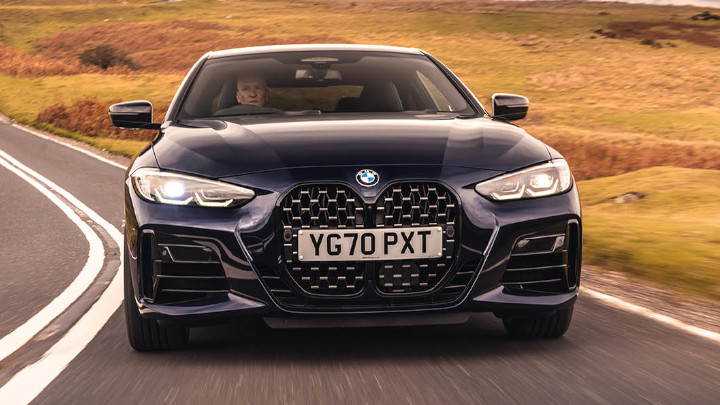 If you are looking for an executive car with stand-out looks, the BMW 4 Series Coupé is one of the best in its class.
View Offers

You cannot accuse BMW of trying to downplay the one single issue that has got car enthusiasts talking about the new 4 Series Coupé.

Yes, it is that 'distinctive' radiator grille. You will probably have one of two reactions to this stylistic boldness; either those large kidney shapes hark back boldly to famous BMWs of the past, or they might put you off ever buying the car.

BMW obviously thinks more people will like the new front than loathe it, and it is simply following a worldwide automotive design theme that is giving every new model a much more pronounced proboscis.

The driver's seat is where BMW hopes you will spot the way its new coupé drives better over both the outgoing version and the new 3 Series, on which this latest car is closely based.

'More sportingly' will be an answer that satisfies both BMW and a potential buyer. And thanks to lowering the car, fitting parts to stiffen the body, tweaking suspension settings and pushing the wheels outwards for a wider track, this is a car that enjoys being pushed a little.

BMW expects diesels to take a healthy slice of the 4 Series cake, despite the current demonising of that fuel, and the range currently takes in two 420d models, both with 187bhp on tap.

Officially quoted economy unsurprisingly favours the diesels, with the 420d star of the show with up to 72.4mpg on tap officially. Even the worst performer in the frugal fuel stakes manages a best of 41.5mpg, with the M440i xDrive.

The diesel engines and the most powerful petrol version have mild hybrid technology that combines a starter-generator with a 48V battery to harvest energy under braking and boost economy.

A brisk cross-country drive in a 420d model showed that BMW's latest diesel can put up a fine fight for use by drivers with long distance drives plumbed into a busy business life, perhaps. The dash readout showed a healthy 48.2mpg; a fine figure for a car that can feel brisk when prodded with a sharp stick.

It is fast enough to make the miles disappear quickly. Add in a surprisingly well controlled ride - firm enough to feel sporty but composed enough to absorb the worst of a British A-road.
Ian Donaldson

What it does not have is heaps of room for passengers in the rear - but that is often the deal with many coupés, which sacrifice some practicality for style. This does not stop lots of people buying them for their striking looks, though.

The boot is a family-sized 440 litres and the rear seat backrest folds 40:20:40 too, adding to the practicality.

Overall, the BMW has produced a car that looks and feels like a winner with the 4 Series Coupé. Its attractive, unique design attracts plenty of buyers, not to mention the fantastic selection of powertrains and excellent performance. 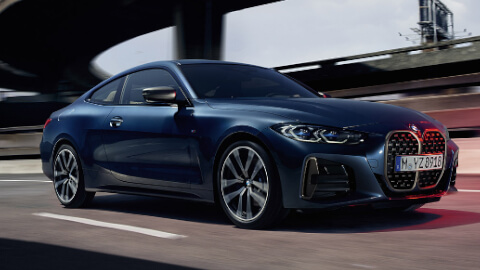 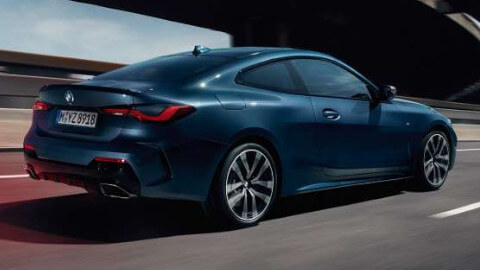