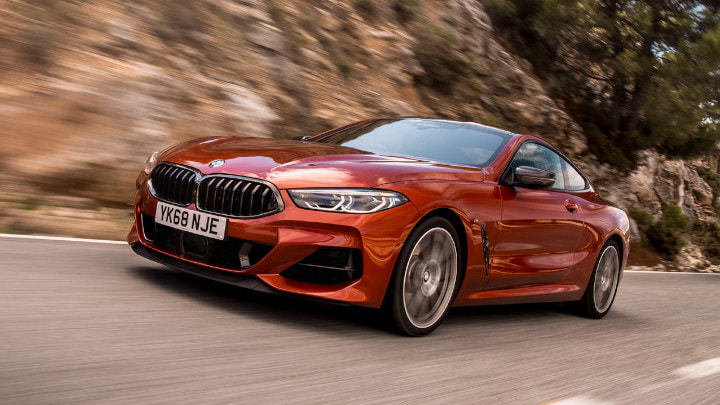 Take one look at the BMW 8 Series and you know it means business, sporting distinct looks and the upmost in luxury and refinement.
View Offers

The Beast from the East is here, but this time it is looking very good.

This is because the beast is the new BMW 8 Series Coupé and the east is not that far away – Munich to be precise.

“This is the rebirth of an icon,” said Alex Morgan of BMW.

“The return of our flagship model after 20 years. It is a major step upwards in terms of luxuriousness and has been developed alongside the BMW 8 GTE race car.”

The result is a car that fuses dynamic driving with technical know-how and the ultimate in luxury and refinement.

The epitome of the 8 Series range is the petrol driven M850i xDrive with 523bhp, an electronically-limited top speed of 155mph which completes the 0 to 62mph dash in a mere 3.7 seconds.

The feeling behind the wheel as you press down and test that figure is quite remarkable.

The 850i has a 4.4-litre V8 twin turbocharged engine with variable valve control that roars and pops, particularly in sport mode, as you turn it along the road.

Both this car and its 3.0-litre 6-cylinder diesel sibling - not far behind in the soundtrack stakes – have an 8-speed Steptronic automatic transmission or shift paddles on the steering wheel for manual application. They also feature a Launch Control function for ultimate acceleration from a standing start.

The CO2 figures for the petrol are 221g/km and 160g/km for the diesel, a well-balanced and canny beast.

The car is stunning, sitting low slung on big 20-inch wheels. The front grille retains the signature BMW kidney shape but tweaked slightly, and in the 850i the slots open automatically to let air in to reduce drag.

The bonnet is long and the silhouette elongated. It is deliberately wide at the rear to show off the 8 Series' muscularity, with a rear spoiler and twin trapezoidal exhausts. Coming up behind it is a joy and approaching it from the front you must take a second look.

“Have you seen the size of the brakes on this car?” my co-driver commented. I had not yet looked, but I sneaked a peek when we got out and oh my, they were big.

All of this pales into insignificance however, when you turn on the engine and the soundtrack of this car echoes through the streets.

Inside they are all sophistication in leather and tech. Buttons and switches have been kept to a minimum for a sleek, high-class look. The gear knob features what BMW call its crafted clarity glass with a floating 8 in it, there is loads of piano black gloss and the Harmon Kardom sound system has steel mesh speakers embedded in the door.

This new 8 Series Coupé is a rare and beautiful beast and a comfortable one too with extremely well padded seats.
Maggie Barry

It is also, believe it or not, a four-seater, well in truth a two plus two with space really only for young kids, but what that means is that you can actually fold down the rear seats for more storage space.

And then there is the tech.

BMW were anxious for us to try out their new reverse parking assistant – less of a high viz chap with paddles and more of an electronic whizz. It is designed for people to get in and out of their driveways safely with minimum effort and maximum safety.

You drive forward for less than 50 yards at under 20mph and the car remembers your track. When you want to leave you enable Park Assist, select reversing assistant, put the car into reverse and all you have to do is work the brake and accelerator.

It can negotiate bends and corners as well as tables and chairs, but not obstacles that were not there originally. Some time down the line we may find autonomous emergency reverse braking included in the tech when the car will stop itself faced with something new in its reversing way.

Other driver assistance systems are also available as standard, including a plethora of radars and sensors to warn of hazards and accident risks. There are corrective braking and steering features, cruise control, collision and pedestrian warning with city braking, an excellent head-up display and active park distance control.

The whole lot comes with BMW’s Live Cockpit Professional with a 10.25-inch display commanded by a fingertip dial paired to a 12.3-inch instrument cluster. The sat nav works intelligently with the automatic transmission to let the car know when it is coming to a junction, for example, and the car shifts down.

Each of these cars benefits from permanent four-wheel drive as standard.

Much of these systems and tech will be cascading down through other models, like the ever popular X5 and the backbone of BMW, the new 3 Series.

Exciting times ahead – not least for the driver lucky enough to be sitting behind the wheel of the new BMW 8 Series.

Well suited to both long range cruises and times of a more dynamic manner, it does the BMW marque proud by being everything we expected and more. It is not a car you will see all that often, but when you do, it is certain to turn heads. 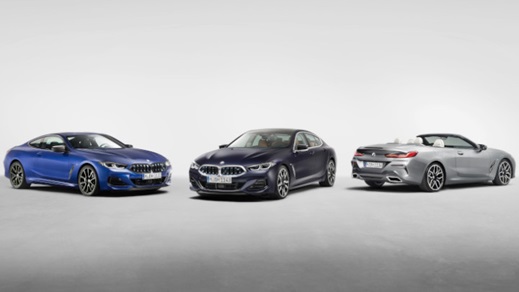 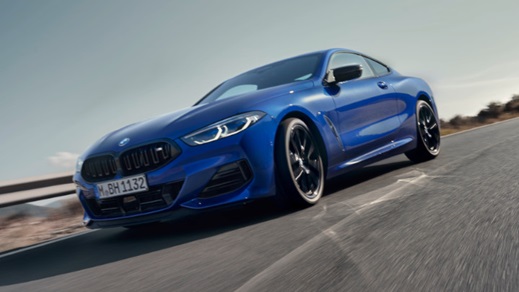