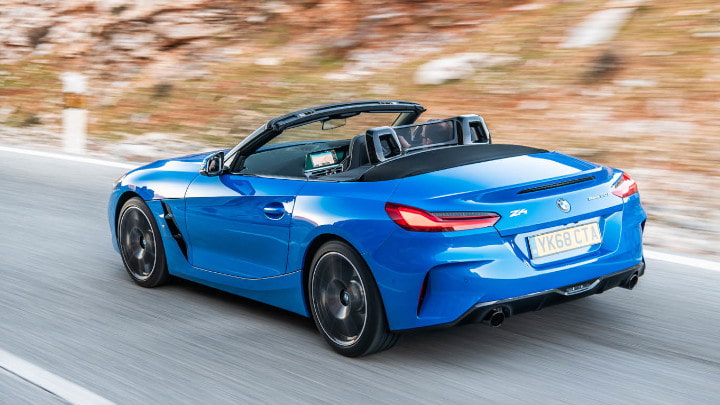 BMW's latest Z4 offers everything you need from a sports car and more, keeping it towards the top of the pile in its segment.
View Offers

BMW has a new Z car, and as roadsters go, it is the most dynamic to come from the Bavarian carmaker’s stable.

However, the third generation Z4 is actually built in Graz in neighbouring Austria where it is produced alongside its sister ship from Toyota, the new Supra.

But while the Toyota is a sports car with a roof, BMW has gone for a canvas hood for the new Z4 to replace the foldaway metal one used on the previous model.

Opening and closing in a matter of 10 seconds, the foldaway hood sets a new standard on mid-sized roadsters and is one of a number of features that set the Z4 apart.

Others include a new-look cockpit with a 10-inch instrument panel, BMW’s connectivity systems and on the M Sport model we tried there are even special seatbelts with red and blue stripes in the webbing.

The latest Z4 is significantly wider than before – almost BMW 5 Series in that proportion – but the wheelbase is shorter, and that enhances the feeling of sitting in the middle of the car rather than towards the back.

Luggage space includes some room behind the seats and boot capacity has been increased from its predecessor up to 281 litres.

The electronically operated hood stores automatically in front of the boot and does not impinge on luggage space.

Power on the rear-wheel drive sDrive 30i Z4 we sampled comes from a 2.0-litre four cylinder petrol engine, boosted to deliver 258bhp.

That is a very respectable power output, putting the Z4 up against the likes of the Mercedes CLS, Audi TT and the Porsche 718 Boxster.

The Z4 30i in M Sport trim cost from £42,445 and with extras including a head up display, steering wheel heating and adaptive suspension the car we tried came in at £47,685 – not far off the £49,055 it costs to get a range topping 6-cylinder engined M model.

For UK motoring, the 30i fits the bill perfectly and with a number of drive modes plus paddle shifters for the 8-speed auto box, the new Z4 has plenty to go at.

In sport mode with extra throttle response, stiffer suspension and more noise from the exhaust it thrills while at the other end of the scale an eco-mode provides a degree of cost saving to open-top performance.

We saw an average of 29.5mpg over a route of mixed driving conditions, although officially the 30i is rated at 46.3mpg.

It is the feel of the new Z4 which is a standout feature, and the car is rock solid when going through its paces.
Chris Russon

Roof down and the cabin is remarkably windproof.

As with the other German roadsters, the Z4 is a class act, but its looks give it a special persona which is sure to impress. Retaining the usual BMW build quality, it stands out within its segment, providing drivers with the option to both thrill and relax depending on their mood. 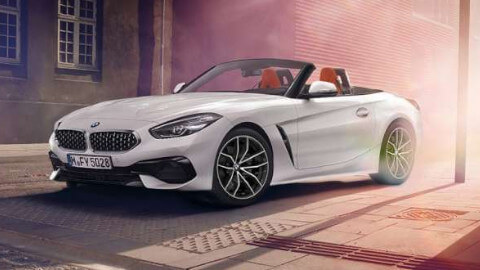 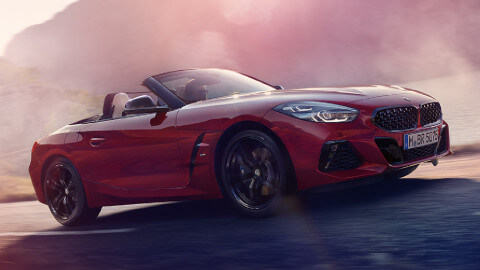