Porsche 918 Spyder: A Technical Masterpiece Discover the legend that is Porsche's third of the 'holy trinity' and why it changed the future of the supercar

Porsche are a coveted German automotive manufacturer with a rich history in motor racing and are responsible for manufacturing some of the finest sports cars on the planet such as the iconic 911. An idea was born after a concept car, which was unveiled at the Frankfurt Motor Show in 2010, received over 2,000 declarations of interest and in 2013, Porsche launched the production version of the 918 Spyder.

The 918 Spyder, alongside the Ferrari LaFerrari and McLaren P1, formed the 'holy trinity' and would go on to change the future of the sportscar. A total of 918 units were manufactured at Porsche's Stuttgart-Zuffenhausen plant, with the final unit rolling off the production line in 2015. At a 'small' fee of £781,000 from new, in comparison to the £866,000 and £1million price tags of its British and Italian counterparts, the 918 Spyder's cost price was rendered obsolete, with the final model being sold in 2014.

Since then, the value of this piece of automotive history has significantly increased to well over £1million. Below, we discover the reasons why Porsche defined the 918 Spyder as the 'super sportscar'. 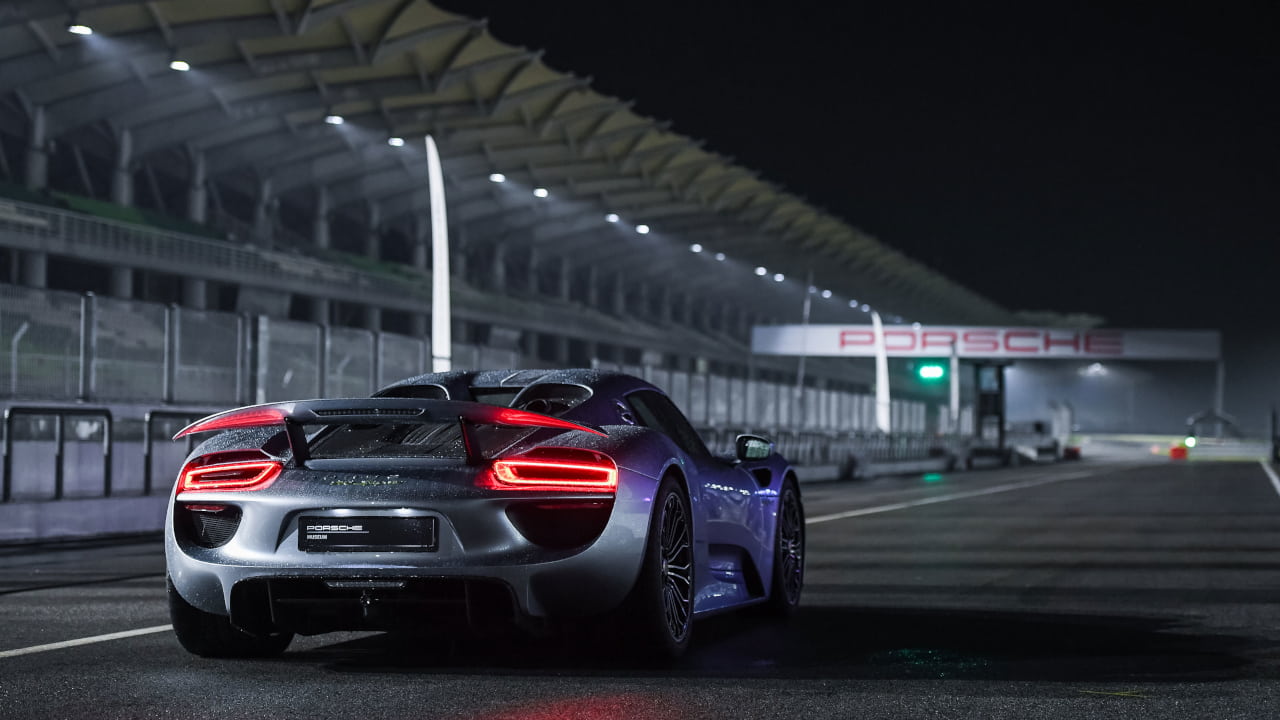 The 918 Spyder is one of the rare examples where the production car looks almost identical to its concept, and we are not complaining. The entire car was designed around its impressive hybrid drivetrain, yet Porsche have managed to present the opposite.

The elegant beauty of the exterior shows no sign of prioritisation within the design process. Instead, a perfect blend of impressive functionality and graceful aesthetics has been found. The 918 Spyder does not feature outlandish sharp styling that many have come to expect from supercars, but its classy curves make it arguably more beautiful.

Not only does the Porsche 918 Spyder look fantastic, but it does so by conforming to the traditions of Weissach (functionality over styling) and paying homage to its ancestors. Each element of the car has been influenced by existing Porsche models, such as the 917 and 959, acknowledging Porsche's rich racing pedigree.

The most impressive piece of the 918 Spyder is its hybrid powertrain, where a naturally aspirated 4.6-litre V8 engine is supported by two electric motors to generate a staggering 875bhp and 955lb ft of torque, propelling the car from 0 to 62mph in a mere 2.6 seconds. The power is beautifully distributed via a smooth 7-speed PDK transmission, allowing the car to reach 214mph.

The 918 Spyder is the only one of the 'holy trinity' to offer a full electric driving mode, capable of achieving a range of approximately 18 miles when used on their own. However, the electric motors truly come into their own when supporting the internal combustion engine, providing over 50 percent more overall torque than the McLaren P1.

The larger motors do weigh the 918 Spyder down somewhat. Unsurprisingly, the boffins in Stuttgart had this covered as well. Clever integration of carbon fibre-reinforced plastics around the car, such as the monocoque tub, means the vehicle is as light as it could be, whilst providing maximum protection in the case of a crash when out on track.

The king of the ring 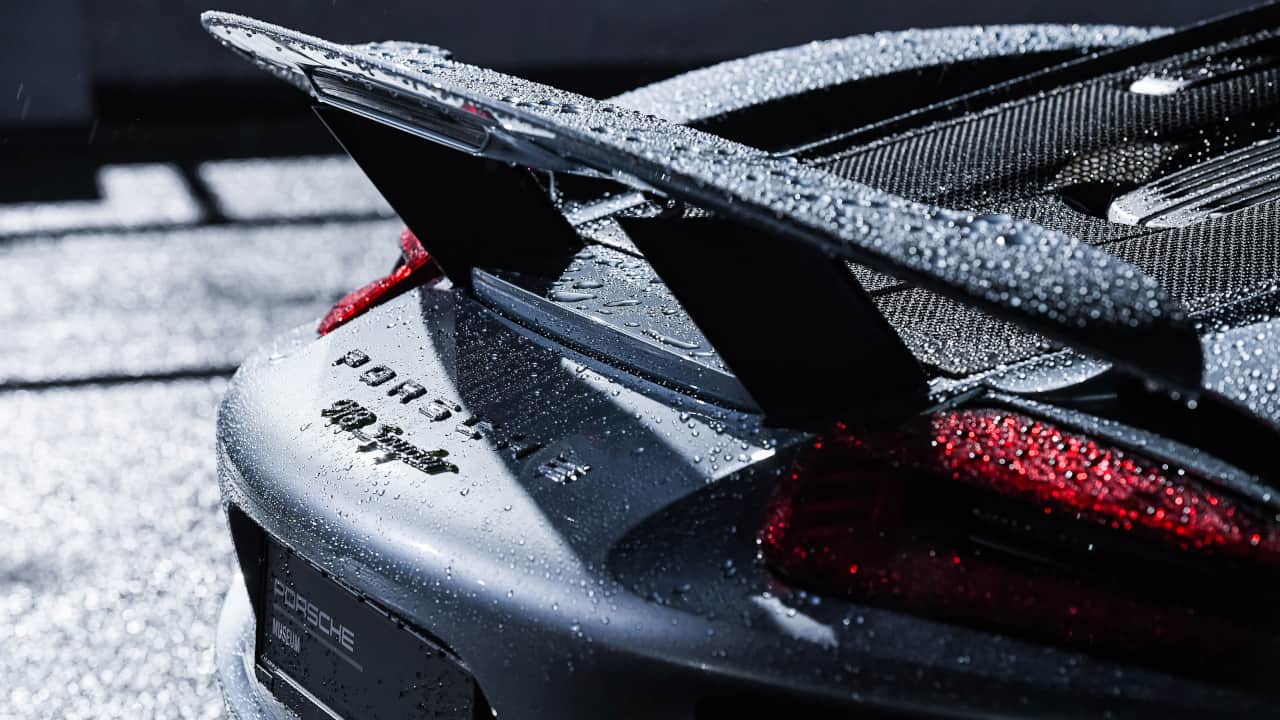 Having the same amount of power as two Porsche 911 Carrera S' combined is all well and good on paper, but how does the 918 Spyder fare putting words into action? Well, we will let its accolades do the talking.

In September of 2013, Porsche test driver Mark Lieb took a Weissach packaged (further weight reduction) 918 Spyder on a standard set of Michelin Pilot Sport Cup road tyres round the iconic Nürburgring Nordschleife circuit in a record-breaking time of 6 minutes and 57 seconds, becoming the first production car to do so in sub 7 minutes. Interestingly, Porsche took the lessons they learnt from the 918 Spyder to assist the development of the 919 Hybrid LMP1, which went on to set a 'ring lap time of 5 minutes and 19 seconds and win Le Mans three times.

Since then, a handful of vehicles have gone round the 'ring in a quicker time, but the 918 Spyder remains a true trailblazer of its time. 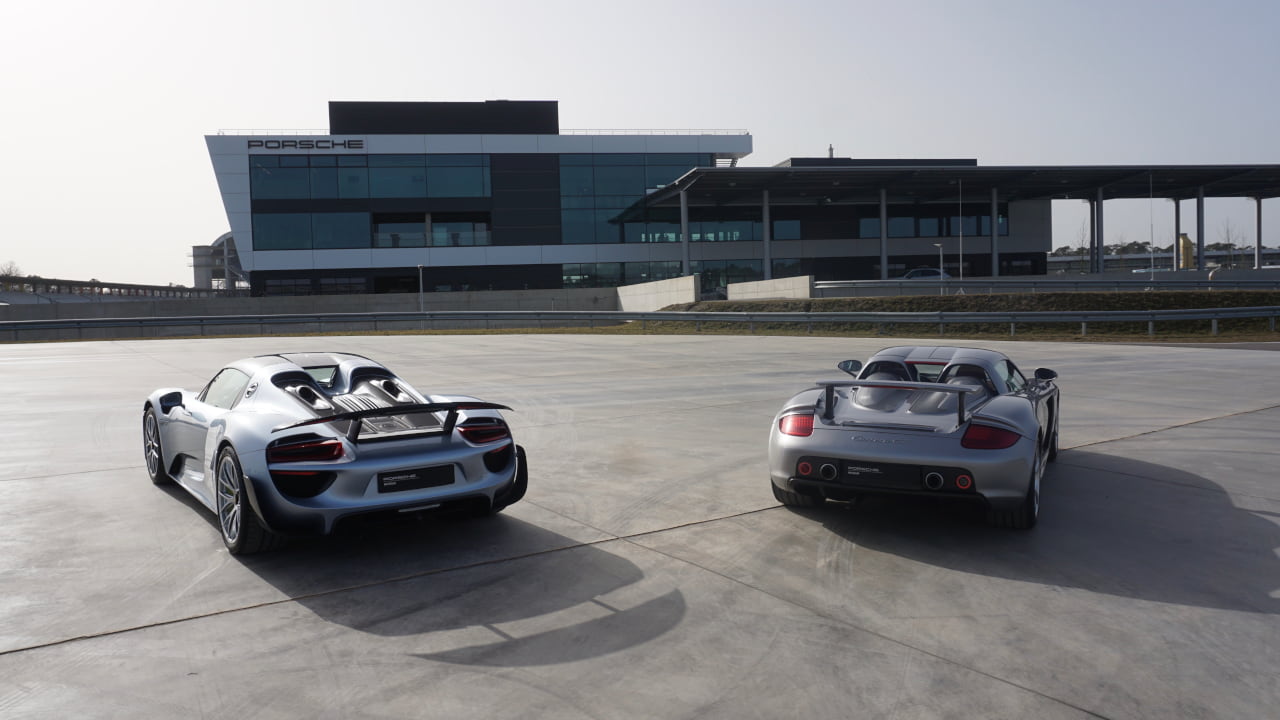 As stated previously, the 918 Spyder has been heavily influenced by its ancestors, none more so than the preceding flagship car of the Porsche brand, the Carrera GT. It does not take a genius to spot the influence the Carrera GT has had on the 918 Spyder's styling, including the targa roof, which can be removed and stored within the front storage compartment.

The introduction of the 918 Spyder was a success and the technology that emerged from the project has been influential for many of Porsche's following models. But as the last 918 Spyder rolled off the production line, a gap was left for a flagship vehicle within the Porsche range.

Whilst we all love new and innovative supercars being released, limiting the production of such cars adds to the aura of the 'supercar' and why many perceive them as 'holy'. The good news? A successor to the 918 Spyder is also coming, but we may not see it until after 2025.

Another legend from Porsche

Ferdinand Porsche once said: "I could not find the sports car of my dreams, so I built it myself". With the 918 Spyder, Porsche have not only built the car of their founder's dreams, but many others' as well.

Here at Stratstone, we have the privilege of selling the rare piece of automotive history that is the 918 Spyder from time-to-time. Our dealerships have a wide range of other excellent Porsche models available for you to browse. Search our new and used Porsche stock today, or contact your local retailer for more information.