Who Are BRABUS? History of the German Tuning Company We take a look at specialist vehicle tuner BRABUS, looking at various models and key moments in their history Search Mercedes-Benz Offers

BRABUS are widely known for their factory specialist tuning and bespoke modifications they provide for Mercedes-Benz models. However, they also cater for a few Porsche and Rolls-Royce cars too, along with having 'Marine' (Boats), 'Fashion' (Merchandise) and 'Coops' (Collaboration) parts of the business too. They also offer classic Mercedes-Benz restoration.

They were established back in 1977 by Bodo Buschmann and Klaus Brackman. It is said that Buschmann who had a Porsche 911 was told by his father, who happened to be a Mercedes-Benz dealer, that he was not allowed to park his car at the dealership, unless it was a Mercedes-Benz.

Buschmann is said to have listened to his father, selling the 911 and opting for a 'W116' Mercedes-Benz S-Class. Buschmann had a plan though, to make his Mercedes-Benz faster than his previous Porsche.

The rest as they say, is history. 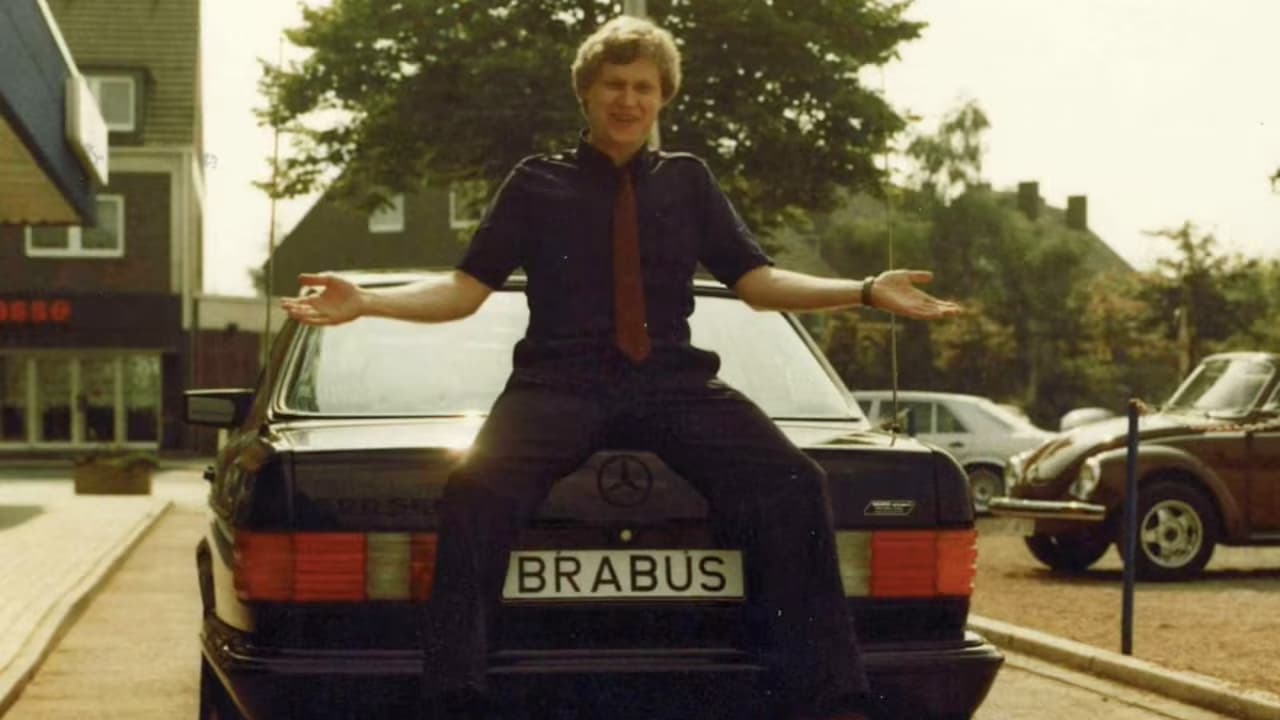 BRABUS, which is simply the 'BRA' of Brackman and the 'BUS' of Buschmann could now get to grips with modifying Mercedes-Benz for those who wanted more power and individuality from their 'Merc', but not before Brackman sold his shares to Buschmann.

But why did Brackman sell his share of the company to Bodo Buschmann? Put simply, Bodo needed a partner to establish BRABUS as a 'GmbH' which is German for 'Company with limited liability'. Brackman was a friend from university, who Buschmann enlisted the help of in order to set up the company. Brackman was fully aware what his role was in setting up BRABUS and how it would be very short lived.

With Buschmann successfully making his Mercedes-Benz faster and more unique looking to his 'W116' S-Class, other Mercedes-Benz models were then given the BRABUS treatment soon after. 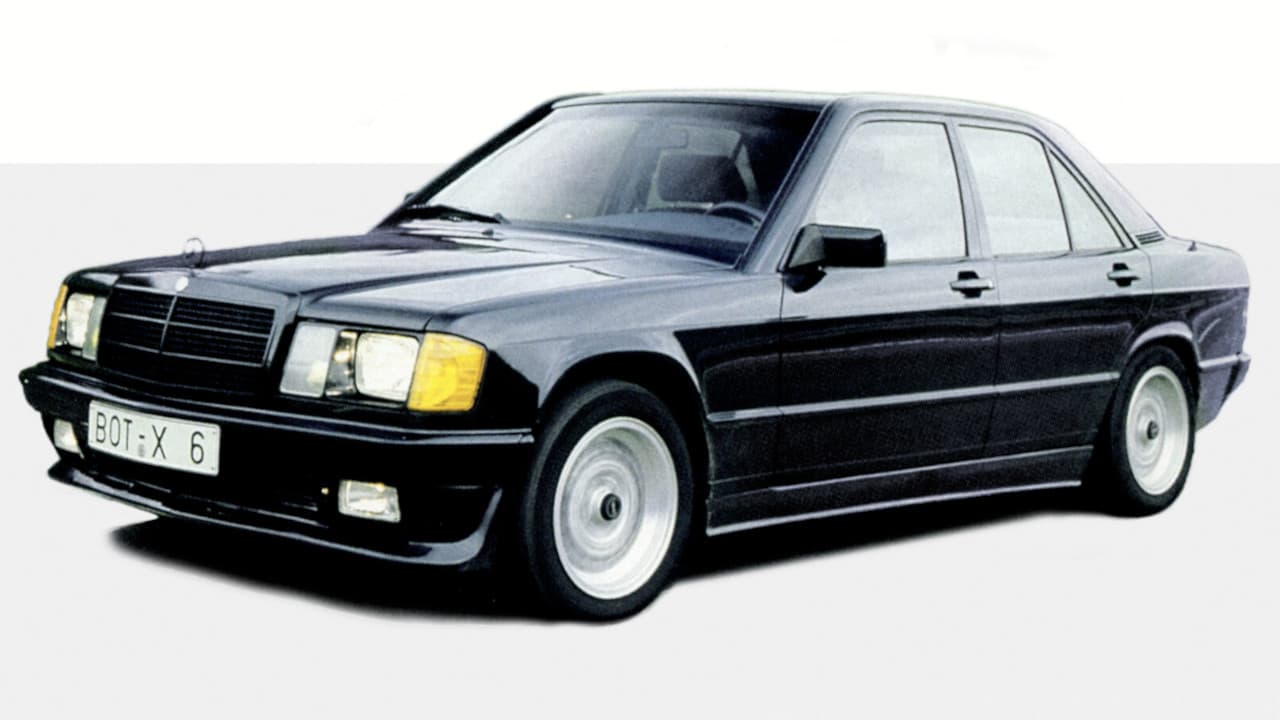 When it comes to cars, those with a V8 engine are adored by many, due to their characteristics which include colossal noise, brute force and high performance.

It was even faster from 0 to 62mph than the now holy grail homologation special Mercedes 190 E 2.5-16 Evolution II. The Mercedes took around 7.1 seconds whilst the V8 BRABUS took around 6.0 seconds.

This period in the 1980s and 1990s saw iconic Mercedes-Benz given the typical BRABUS power and subtle exterior enhancements. Other cool cars of this era included the BRABUS 6.9 V12, which was based on a Mercedes-Benz 600 SL. 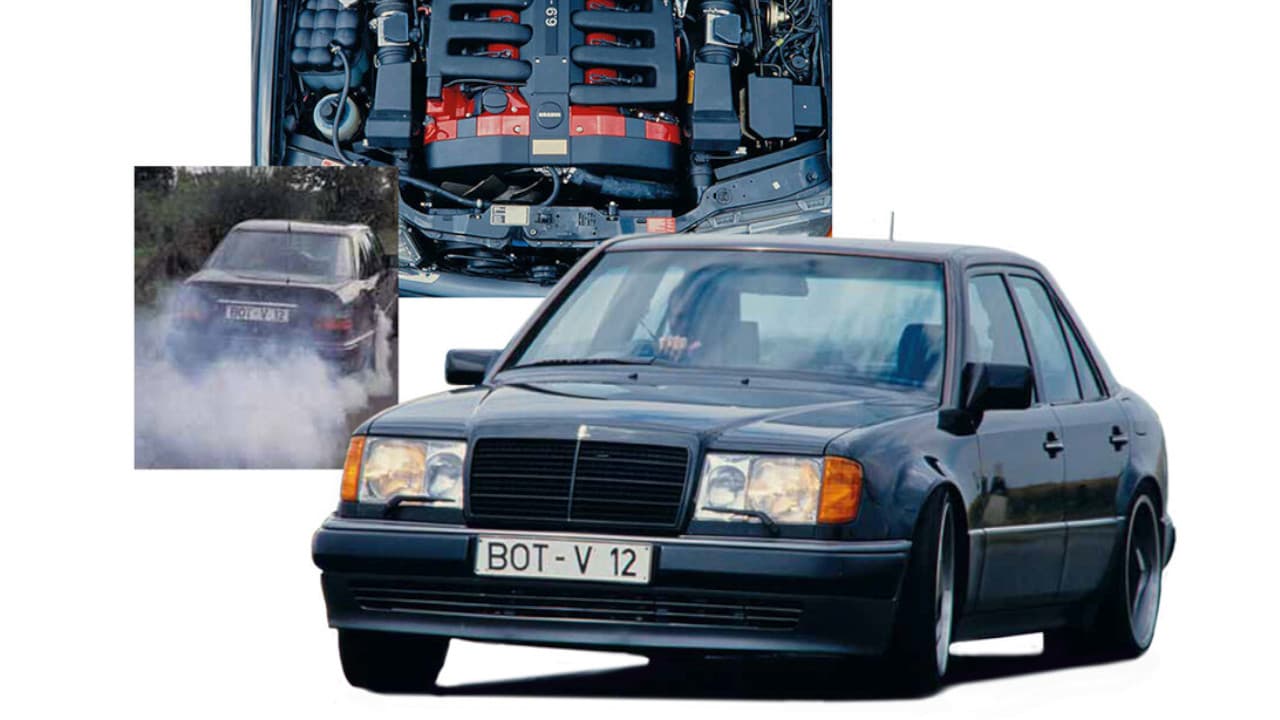 In 1993 BRABUS decided it would continue to modify certain Mercedes-Benz models, and did so by adding big engines, as it worked well before so why not stick to what you know?

Subtle styling and BRABUS branding ensured you knew what you were looking at, despite the 'wolf in sheep's clothing' description from BRABUS. 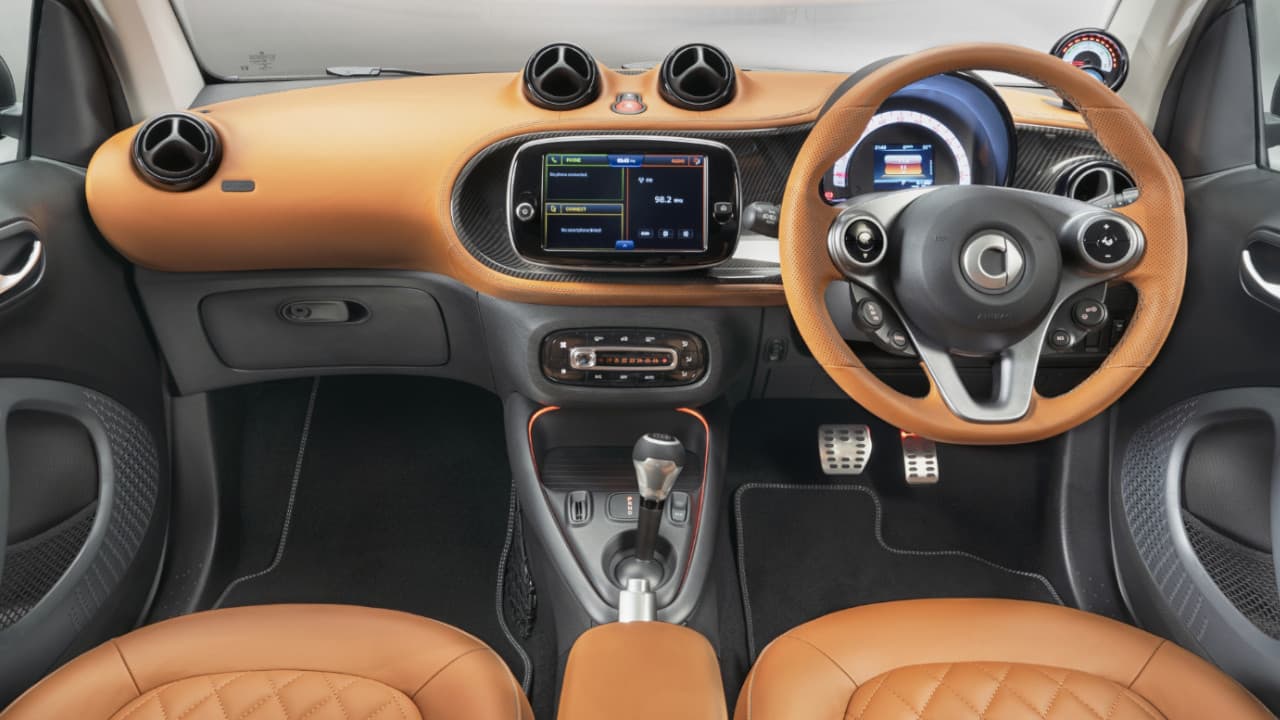 Even though BRABUS are known for huge power and modified appearances, they have on multiple occasions been given the task of enhancing smart cars, usually known for their low running costs and compact proportions, ideal for city life.

Subtle tweaks and badges indicate these are more than just your average smart cars. These smart (stylised without a capital S) BRABUS models have been produced since the early 2000s, but perhaps the most interesting is the 2021 BRABUS-finished EQ fortwo coupé Racing Green Edition. Unlike the high-performance BRABUS models, this smart car is more about luxury that BRABUS are also known for, and it is even electric, not loaded with internal-combustion power like a traditional BRABUS.

Interiors are presented with ultra-high end Cognac Nappa leather with Racing Green top stitching, along with many other BRABUS items, such as a sports pedals, handbrake lever and gearstick. There is also carbon-fibre effect trim used to finish it all off nicely. Exteriors feature subtle enhancement too like upgraded wheels, paint and styling to finish off the edition. 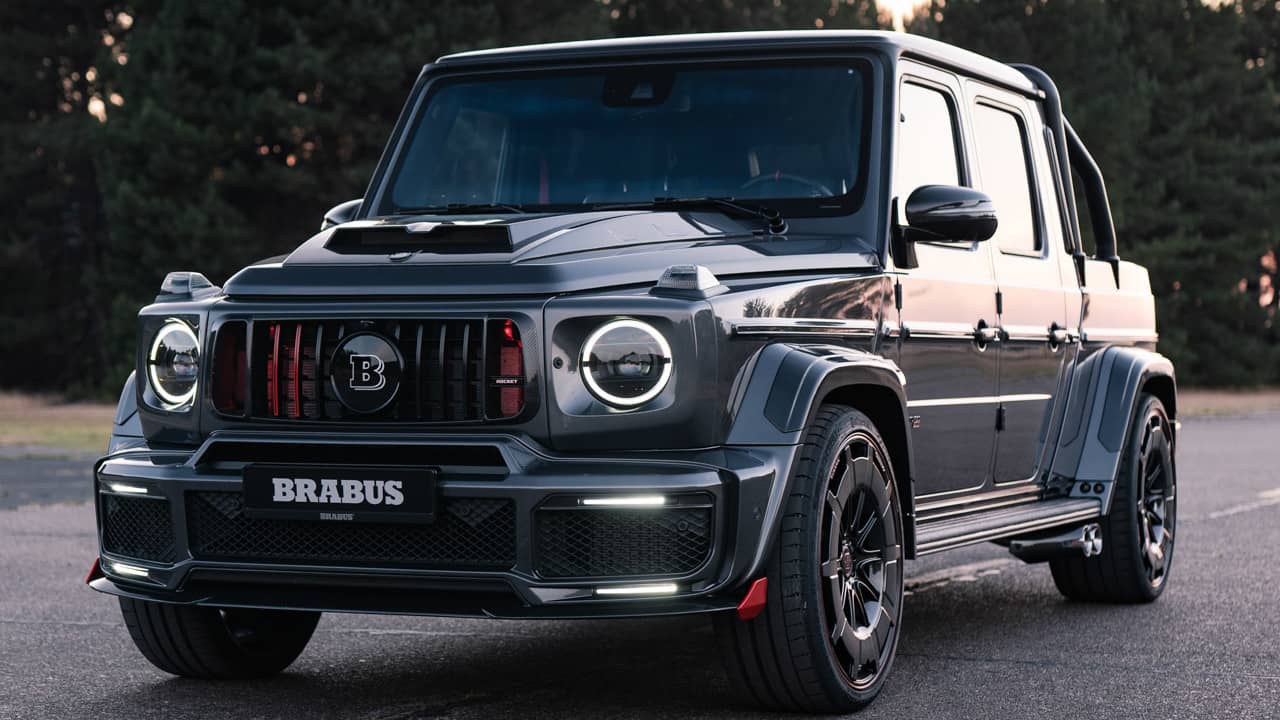 Perhaps one of the most interesting and popular models BRABUS choose to put their stamp on is the legendary Mercedes-Benz G-Wagen. And it is not just one model, they offer a range of BRABUS models based on the Mercedes SUV icon.

And it is fair to say that in more recent times, the subtle exterior styling of yesteryear BRABUS models, is now a lot more striking, to say the least.

But if that was not enough, BRABUS can go one step further in their customisation. The BRABUS P 900 ROCKET EDITION is a 1 of 10 special edition based on the same Mercedes-AMG G 63, only this time it looks like a weapons-grade G-Wagen with the wick well and truly turned up.

889bhp (900PS) ensures this behemoth beast has the 'performance of a track-ready supercar' with 0 to 62mph happening in an unbelievable 3.7 seconds as well as being a monster of an SUV that can cope with pretty much anything you throw at it. 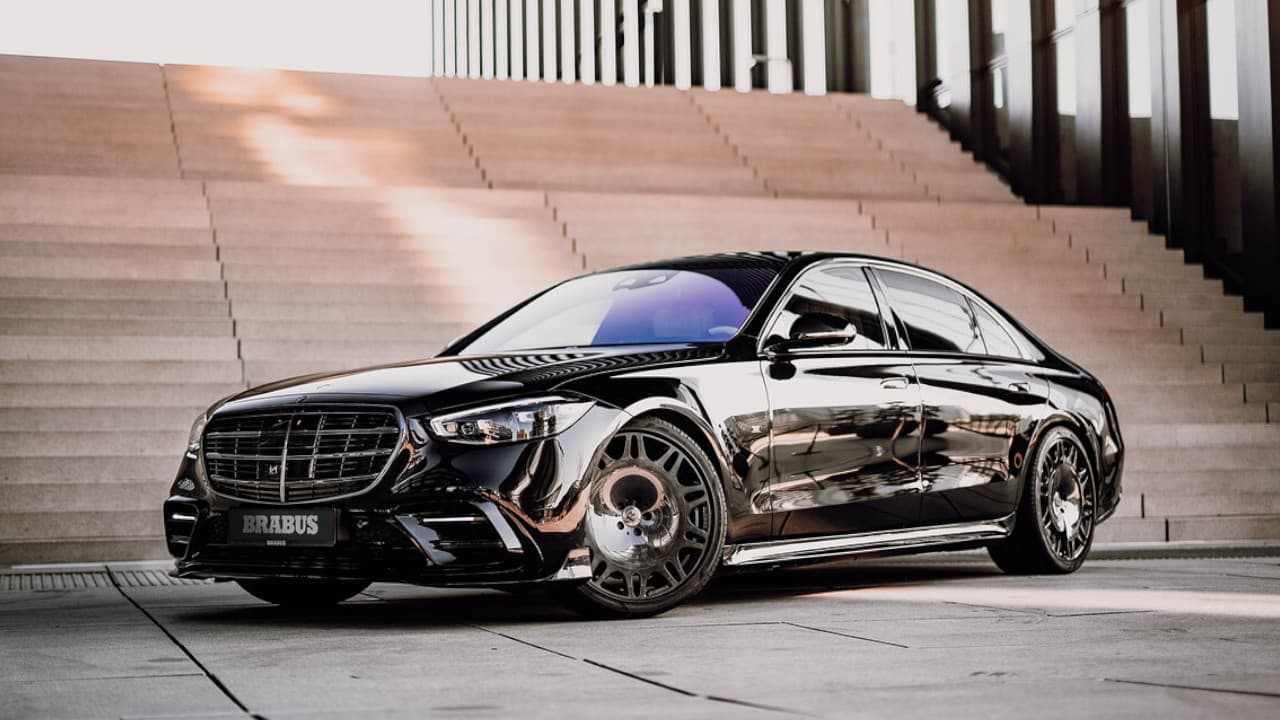 Today, BRABUS is seen as a respectable tuner of Mercedes-Benz models for those who want to stand out that little bit more, or want extreme power.

Of course, many will opt for the in-house Mercedes-AMG models, but the sheer exclusivity and history of BRABUS will certainly tempt individuals looking to make a statement.

Not only are they a 'tuner' but their history, for which spans for over 40 years is full of unique bespoke craftsmanship that has seen them recognised as a premium supplier. You only have to take a look at the set-up at their headquarters to see just how impressive each BRABUS model is.

It is probably why Mercedes-Benz are happy to be associated with such a brand, as many aftermarket tuners simply do not have the relationships with their associated OEM manufacturers.

We are constantly posting new articles in our dedicated Stratstone Blog. It features everything from Buyers Guides, Selling Guides, Owner's Guides, Driving Guides, History and Lifestyle articles as well as Spotlight articles.

Why not have a browse using the link above if you enjoyed reading this article. 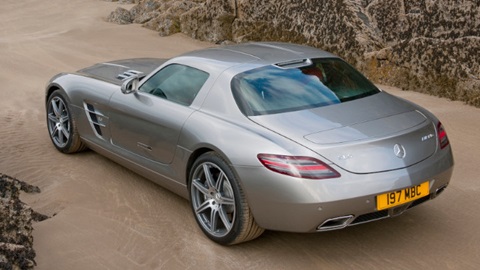 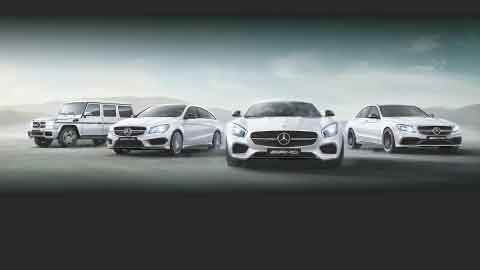 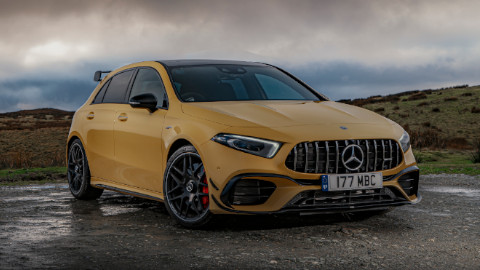