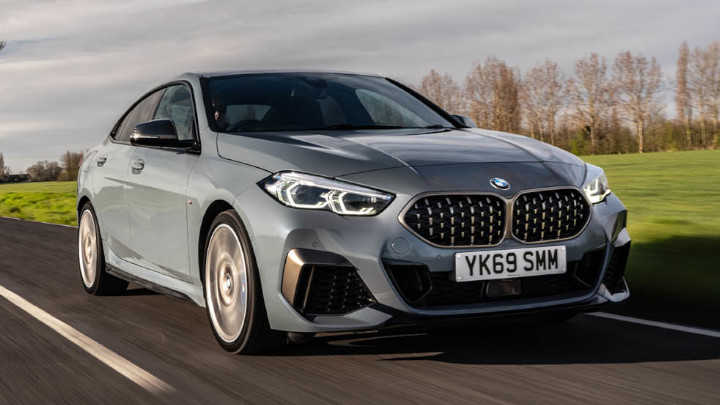 BMW is expanding its range of compact models with the introduction of a 4-door coupé in the 2 Series line up.

The Gran Coupé is some four inches longer than the 2-door model, which has been around since 2014 and comes with the latest in looks and technology from the Bavarian car maker.

Trim levels include the entry level 218i and top out at the feisty M235i, complete with all-wheel drive and BMW’s most powerful 4-cylinder engine with 302bhp on tap.

In between is a diesel offering – the 220d, which comes with an official fuel return of 57.6mpg at best.

We have just got to grips with the two petrol versions of the model which not only completes the 2 Series range but also BMW’s line-up of 4-door sleek looking coupés alongside the Gran Coupé offerings in the 4 Series, 6 Series and 8 Series ranges.

The 218i has a revised version of BMW’s 1.5-litre 3-cylinder engine, which is now boosted to deliver 138bhp and said to be cleaner by 29g/km on the CO2 front. That gives it an emissions figure of 114g/km at best and an official fuel return of up to 47.1mpg.

Top speed is a claimed 134mph and 0 to 62mph acceleration is 8.7 seconds, and all versions of the Gran Coupé come with the same wheel slip limitation system that BMW uses in its electric i3 range to enhance handling.

It works and there is a great degree of grip – even more when it comes to the M235i with its four-wheel drive system.

In this guise the 2 Series Gran Coupé comes into its own and the M model delivers a scintillating drive – powerful, precise and with everything even the most demanding driver could want.

It makes the 218i feel decidedly normal, and that is reflected in the M235i’s statistics of 0 to 62mph acceleration in 4.9 seconds and a maximum restricted to 155mph – not far off that from the 3.0-litre performance from the current hotty in the 2 Series range, the M240i.

In the 218i we saw an average fuel return of 44mpg, and that was over similar routes.

Both cars came with automatic transmissions with rapid-fire paddle shifters for added fun – especially on the M235i.

The auto box is standard on the diesel and the M235i.

A one-piece grille, huge air scoops and LED headlights set the base models apart, while on the range topping M235i M Performance, the grille gets a distinctive mesh finish and a more pronounced central divider.

It has presence all round and at the rear there is a good chunky spoiler effect to the boot lip with twin exhaust nacelles adding to the effect on the M model.

The Gran Coupé models certainly looks the part – a classic silhouette yet distinguished front and rear by some aggressive styling that adds to its poise.
Chris Russon

At some 4.52 metres long the Gran Coupé is noticeably bigger than the standard 2 Series and not only does that make for more legroom in the back it also gives it a good-sized boot of 430 litres.

The rear seats fold for more room if necessary, but the sloping roofline can impact on taller rear seat passengers, with headroom restricted in the back.

Frameless doors – a classic coupé trait - are another feature and all in all the Gran Coupé looks very different to the regular 2 Series.

Interior trim, layout, and equipment is almost identical to that of the latest BMW 1 Series range and that sees all versions coming with the likes of sat nav and a full set of driver aids, connectivity, and the option of a head-up display.

A lot has happened in the BMW world since the 2 Series first appeared, and the company has not shied away from keeping developments ‘live’ on its latest models.

The Gran Coupé is a very different kettle of fish to the 2-door model and a car that performs to the latest standards in every way – a worthy flagship to the range if ever there was. 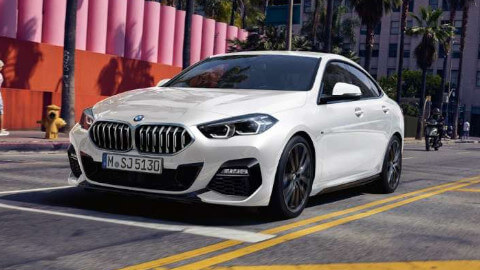 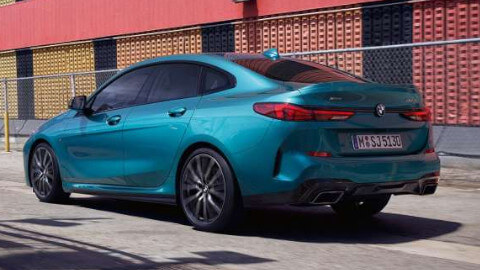