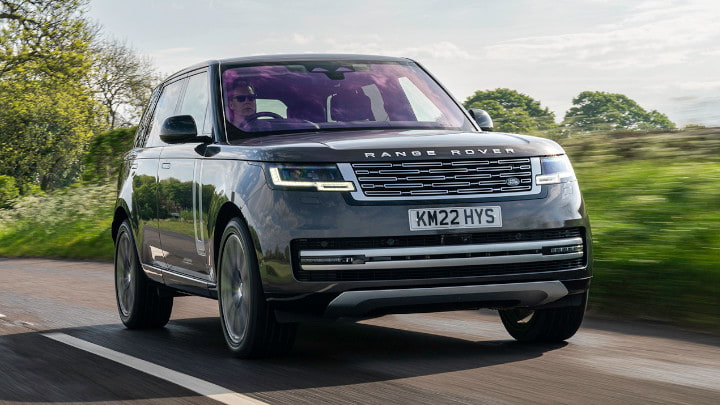 As one of the most-anticipated SUVs of this decade, the new Range Rover is sure to be a hit, courtesy of its seamless design and peerless driving experience.
View Offers

The new Range Rover is a stunning all-rounder that delivers outstanding levels of luxury and technology as well as style, a superb driving experience and the ability to go almost anywhere.

No other vehicle is a match for the Range Rover, and it is amazing to think it has been with us for over 50 years.

It has been the luxury SUV benchmark for a very long time, and its off-road capability is unrivalled by anything else on four wheels.

There are more expensive SUVs on the market, but they will never match the Range Rover’s iconic status.

The latest model is only the fifth generation, and it sets a new standard.

From a distance, the new model looks very familiar, but put it alongside the outgoing car, and you really appreciate the difference.

The newcomer looks cleaner and crisper, although it still retains that famous silhouette.

Flush-fitting side glazing and fewer creases on the doors make the car look smoother, along with the flush door handles and slimmer headlights. The front is also cleaner and less fussy.

At the rear there is the familiar split tailgate, but the lower part is now smaller than before to allow easier access to the large boot and ‘hidden until lit’ lights are a special feature.

Substantial investment at Land Rover’s Solihull factory has improved the build quality and the panels all look tight, while the paint finish is now excellent.

Inside, the impeccably finished interior features superb materials and two large screens dominate the dash. Thankfully there are separate heating and ventilation controls as there are for driver control features.

Even the gear selector is a delight to touch, and the Command driving position is superb.

Low-range is controlled by a button, while a circular knob that pops up when pressed takes care of the many driving modes and Terrain Response system for off-roading – or you can leave it in auto mode, as most owners will for most of the time.

Cup-holders slide back to reveal storage space and a wireless phone charging pad, and more space is available under the centre armrest.

In the back there is more choice than ever before with the chance to specify two or three seats and an extra row of seats in the long wheelbase version – the first time a Range Rover has offered seven seats.

Six powertrains are available at the time of testing, and an all-electric version will arrive during 2024.

Before then, you can choose from two plug-in hybrid models with different power outputs and a claimed all-electric range of around 70 miles.

At the moment, depending on the spec you go for, you can choose from two diesels or two petrols, one of which is a 4.4-litre V8.

At an event based around the Loch Lomond National Park, I spent most of my time in the more powerful of the two diesels, a 345bhp 6-cylinder engine with a whopping 516lb ft of torque.

It is good for a 0 to 62mph time of 5.8 seconds and is as smooth and as quiet as the 6-cylinder petrol model but with lots more grunt for off-roading.

The slick 8-speed automatic gearbox keeps things smooth, and despite its size, the new Range Rover is a delight to drive even on tight twisting roads.

It handles well, and the new rear-wheel steering gives the big car impressive manoeuvrability at slow speeds and when parking, but also helps to tighten things up when driving faster.

The air suspension means the ride is fantastic and there is hardly any noise inside the luxurious cabin, so you can really enjoy the superb sound system.

You will be able to spend hours behind the wheel of this car without feeling stressed or tired, and as you would expect it features all the latest safety kit and driver aids.
John Murdoch

It was also surprisingly economical, and I managed to return 35mpg over my long test route.

All this luxury and refinement does not come cheap, with prices starting at just under £100,000 but most owners are expected to spend around £125,000 on their cars and some much more. Waiting lists are already growing, and the company will be able to sell all the models they can deliver. 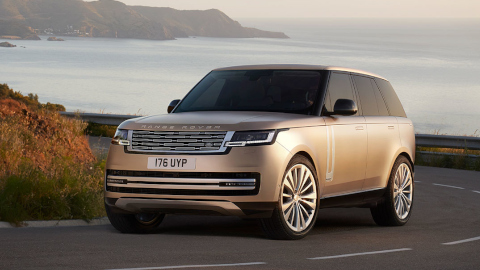 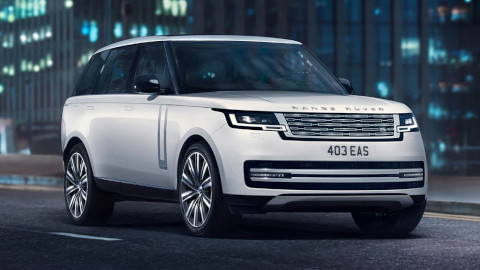