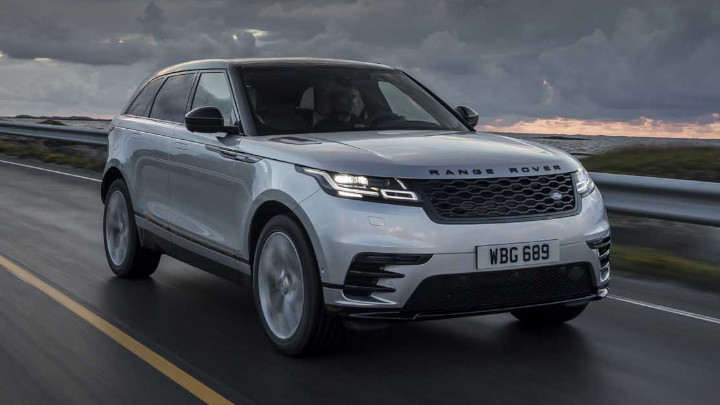 Offering something significantly different to the rest of the Land Rover range, the Velar is as sharp and sophisticated as SUVs come.
View Offers

Taking its name from the original Range Rover prototype of the late 1960s, the Velar plugs the gap between the Evoque and the Range Rover Sport.

Yet in the world of luxury SUVs, the Velar is a car like no other – a feast of technology cloaked in haute couture.

It moves the striking design of the Evoque up a peg, and gives Land Rover an ace up its sleeve in the booming market for posh SUVs.

Retractable door handles and ultra-slim LED headlights are just two of the stand-out features that set the Velar apart.

The cabin brings a new dimension to modern motoring. It is maximum minimalism, with everything controlled from two display screens in the centre of the dash.

There is only one button that could be described as conventional, and that is the on/off switch.

Even the two rotary controls for the temperature settings are multi-function and come into play for other purposes.

Gone is the Land Rover tenet that every control must be capable of being operated by a gloved hand – unless you have a pair of touchscreen mitts. But in the heady confines of the Velar interior, keeping warm is not likely to be an issue.

This is a car that cossets in every way imaginable, but true to the Land Rover pedigree of being a full-blown off-roader.

With more than 80 percent of its body made from aluminium, the Velar diesel tips the scales at 1,959 tonnes – some 200kg lighter than the Sport.

This is the most aerodynamic Land Rover to date and its slithery lines not only give it stand out looks but help on every front.
Chris Russon

At 15ft 9ins the Velar is almost a foot-and-a-half longer than the Evoque and some two inches shorter than the Range Rover Sport, yet its sweeping lines convey power and presence.

In R-Dynamic trim and with optional Black Pack styling, the car is set off with huge air scoops in the front bumper, gloss black finishes for the large twin grilles and massive exhaust nacelles at the rear.

The door handles pop out as you approach the car then slide back flush at 5mph helping to scythe though the air.

At night, the welcoming display includes a Velar silhouette projected onto the ground from a puddle lamp mounted in the base of the door mirrors, while ambient light strips glow inside.

USB ports and card slots can be found in the centre console and if there is one criticism of the whole car then it is the size of that under-armrest storage area which is quite small.

Luggage space, however, is not an issue and the boot is a vast 558 litres extending to 1,731 litres if necessary and there are good-sized door pockets front and rear.

Comfort levels and appointments are out of the top drawer yet very contemporary with this particular Velar upholstered in a luxurious perforated fabric specially developed by Danish textile company Kvadrat.

It looks like leather but feels like cloth and was highlighted with suede-effect inserts accompanied by denim-look coverings in the door trim and armrests.

On R-Dynamic models even the steering wheel is finished off in alcantara – classy touches down to the finest of details and all helping to make the Velar feel exceptional.

That is the one we have been sampling, and it packs a mean punch, quicker even than a diesel-powered Range Rover Sport, with a 0 to 62mph acceleration of 6.1 seconds and a top end of 150mph. That is all down to its 297bhp of power and a whopping 516lb ft of torque – more than can be found in a Ferrari.

Fuel consumption is officially rated at 44.1mpg with emissions of 167g/km, and without any issue we clocked up an average of 36mpg.

Stop/start is fitted to help conserve fuel in traffic, and the D300 diesel – as it is now known – uses AdBlue to combat emissions. The additive filler is in the fuel flap, conveniently.

The V6 diesel is mated to an 8-speed auto box that can be controlled either from a rotary gear selector in the centre console or via paddle shifters off the steering wheel, and in Dynamic mode, the Velar snaps taut.

For a large car under acceleration it is very precise, nimble, and rewarding. The dynamic setting can be personalised to suit, and there are other displays on hand to show performance data – even a G-force meter.

Other drive modes include a Comfort setting which makes the Velar a sublime cruiser and an Eco configuration which bleeds off the throttle and optimises energy use – all very effective.

It is also fitted with Land Rover’s latest Terrain Response 2 computerised off-road drive system and All Terrain Progress Control technology, which means the Velar is absolutely capable whatever the conditions.

With an approach angle of 23.3 degrees, departure angle of 25.3 degrees, air suspension all round, and ground clearance north of 10 inches giving a break over point of 19 degrees, there is a proper heavy-duty side to the Velar.

It can also wade through more than two feet of water and tow up to 2.5 tonnes.

Chances are that side of the Velar will never be brought into play, and of all the current crop of Range Rover models, this is the one that is perhaps too handsome to get dirty.

On ignition, the twin 10-inch display screens come to life – the top one displaying sat nav, phone, and media information while the lower zone controls the vehicle functions.

It is complex and there are many, many pages in the sub menus, so familiarisation takes a while.

Below the twin displays are four virtual buttons for the heated screens, maximum demist, traction and hill descent controls and all are encased in black gloss – keep a cloth handy to remove fingerprints of which there will be many after a drive.

Even the instrument panel is a TFT display which can be configured in a variety of ways and this particular Velar was fitted with a head up display.

In terms of technology, the Velar embraces everything from driving aids such as 360-degree cameras, lane departure warnings and automatic parking to keeping in touch via cyberspace while on the move.

The tailgate is power operated – although the release button is alarmingly close to the electronic parking brake control, which is tucked away to the right of the steering wheel below natural line of sight.

Rear seat passengers have their own air conditioning controls, plug-in points and individual display screens housed in the back of the front head restraints from which they can watch videos, monitor the journey or plug into social media.

Seldom has a car dared to be different on so many fronts, and it is a chemistry that must make the Velar one of the most advanced SUVs available at the moment. Its peerless refinement and unrivalled style makes it ideal for those that love to make their mark, offering something significantly different to the rest of the Land Rover range. 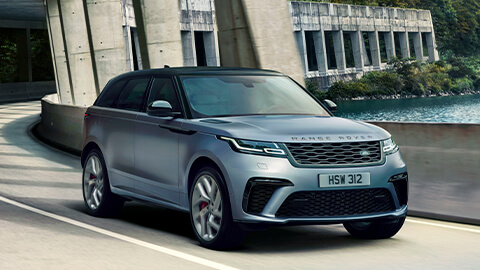