Used electric cars are more plentiful now than ever before, with higher sales of new examples leading to increased availability on the pre-owned market. Simple supply and demand logic, plus the fact that they will have a few miles on the clock, mean that used luxury electric cars are now temptingly affordable.

Luxury electric cars make a great option as a used car purchase for many reasons, including:

Below we have picked out some of the best used luxury electric cars that you can buy right now in the UK. 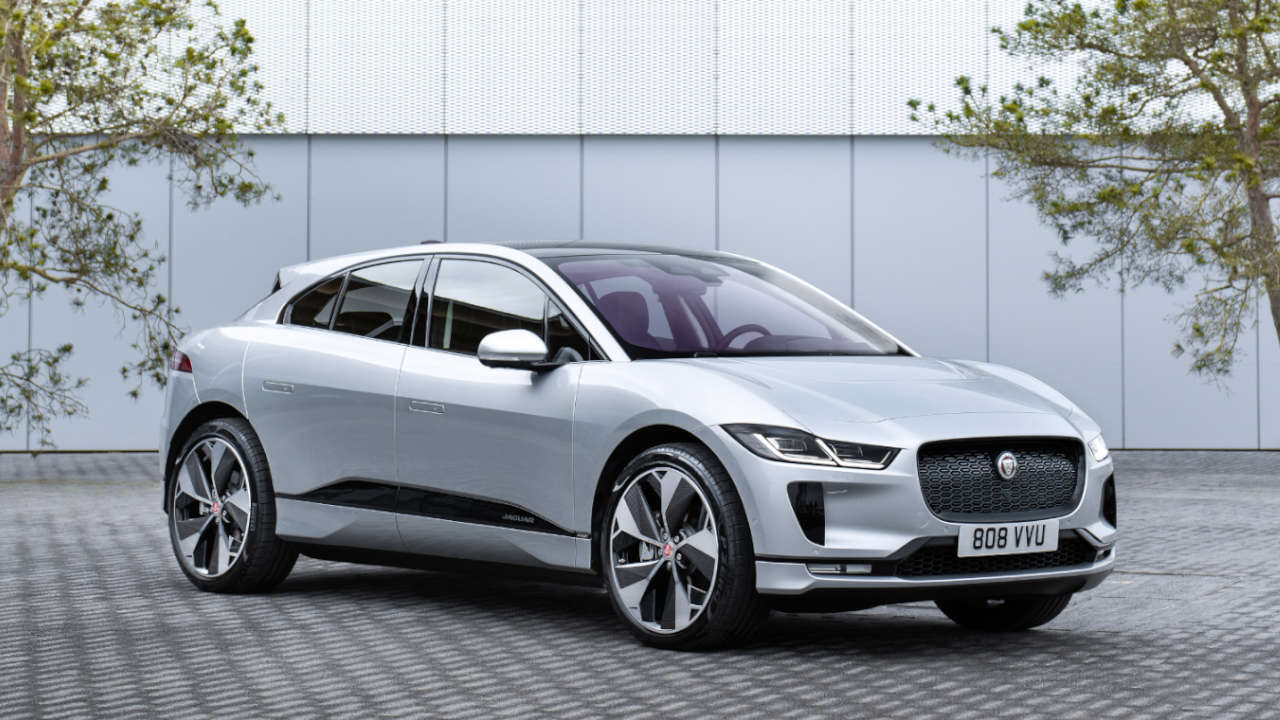 With the Jaguar I-PACE, the British manufacturer were one of the first mainstream luxury brands to bring an electric car to the market, and certainly the first to offer such a compelling electric SUV package.

Styled like no other Jaguar, let alone any other car, the design was intended to deliver striking aesthetics as well as aerodynamic efficiency and family car practicality.

The I-PACE certainly performs like a Jaguar, with power and pace in abundance. 395bhp delivered to the road through all four wheels allows 0-62mph to be achieved in just 4.5 seconds.

The sizeable 90kWh battery means you don't have to worry about range, with the I-PACE capable of travelling up to 298 miles between charges. 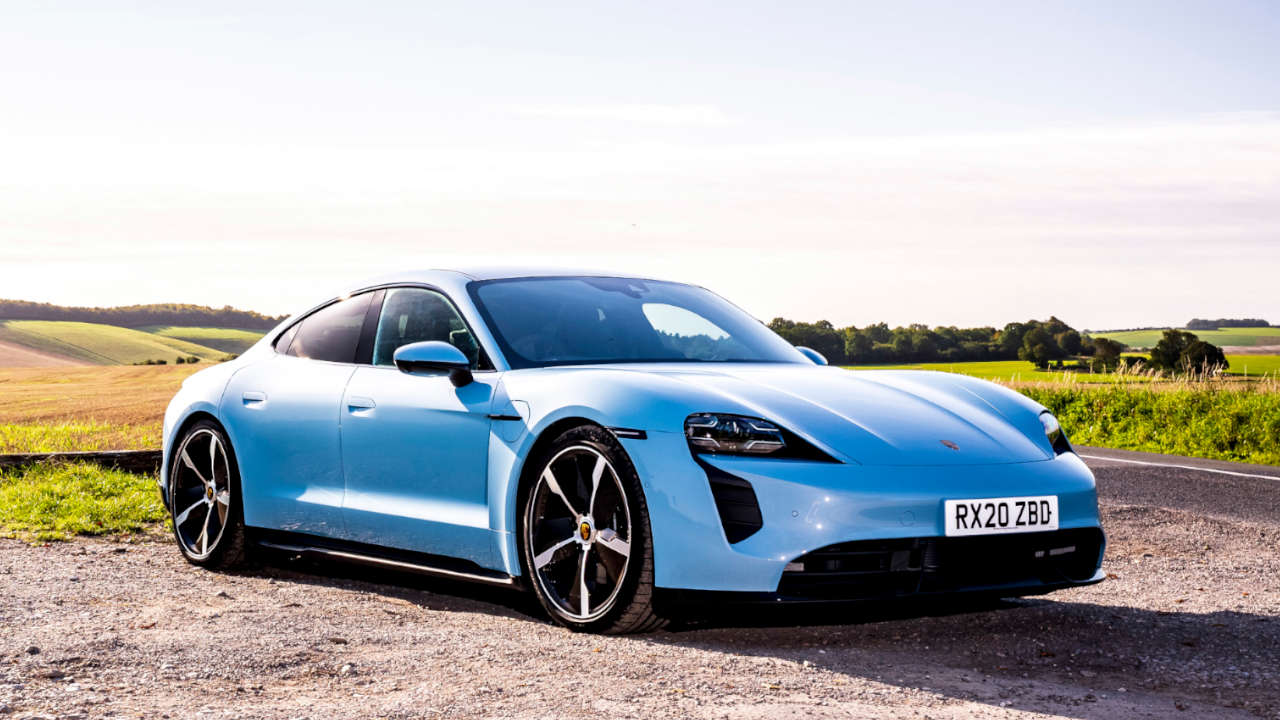 Launched in 2020, the Porsche Taycan simply blew the competition away. With mind-bending speed generated by an electric motor at each axle, acceleration and power delivery are unmatched by almost any car you can think of.

4S, Turbo and Turbo S models were joined by the rear-wheel drive entry-level Taycan in 2021, and models produce anywhere between 402bhp and 750bhp.

All of this power would be for nothing if the chassis and handling wasn't finely tuned. But as you would expect from any Porsche, let alone a flagship new model, the driving experience is once again unique to the Stuttgart manufacturer.

Electric driving range also depends on the model, with up to 280 miles achievable by the 4S version. 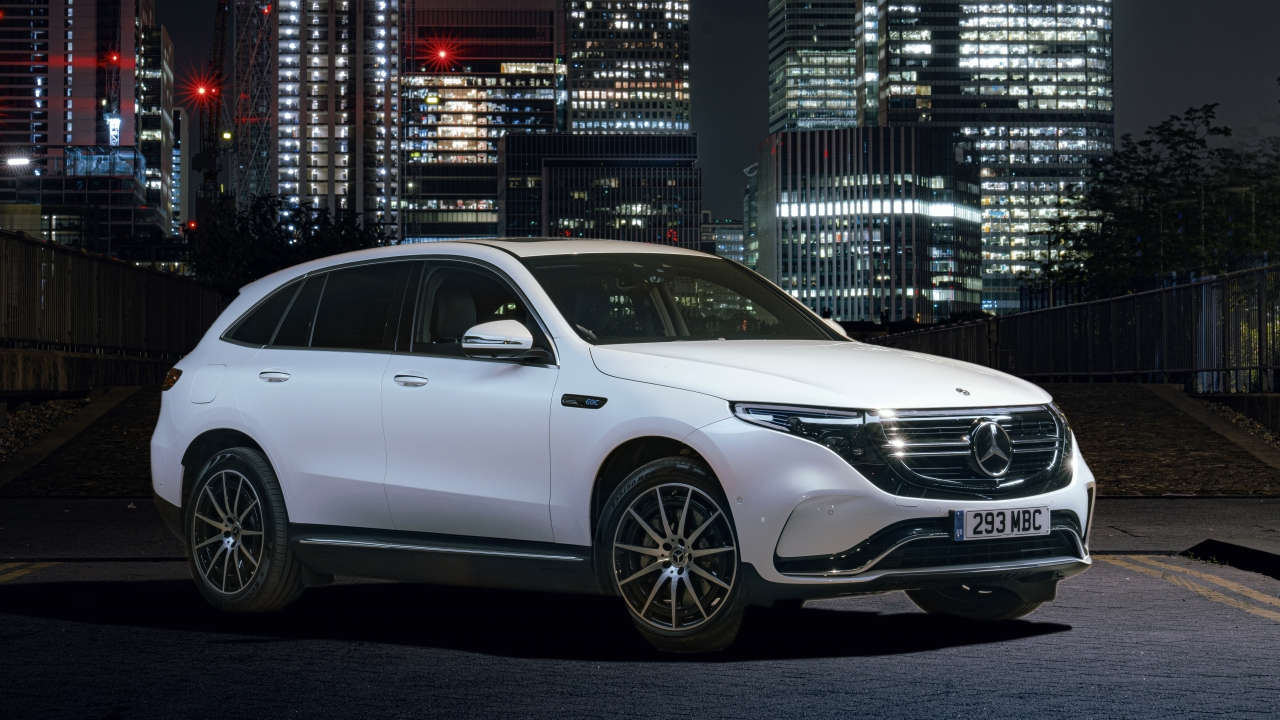 Luxury SUVs are a good fit for electric vehicle technology, as the near-silent powertrain adds an additional layer of comfort and serenity to the driving experience.

Nowhere is this more prevalent than with the Mercedes-Benz EQC, the German brand's first all-electric passenger model. Refinement is on another level compared with any petrol or diesel-powered car.

It is impressively made too, with a beautifully crafted interior made from tremendously high-quality materials. The dashboard, steering wheel and infotainment system are similar to regular Mercedes-Benz models, so it doesn't take much getting used to.

A range of up to 256 miles should be plenty for most people, and the pair of electric motors produce a combined 402bhp, launching the EQC from 0-62mph in just 5.1 seconds. 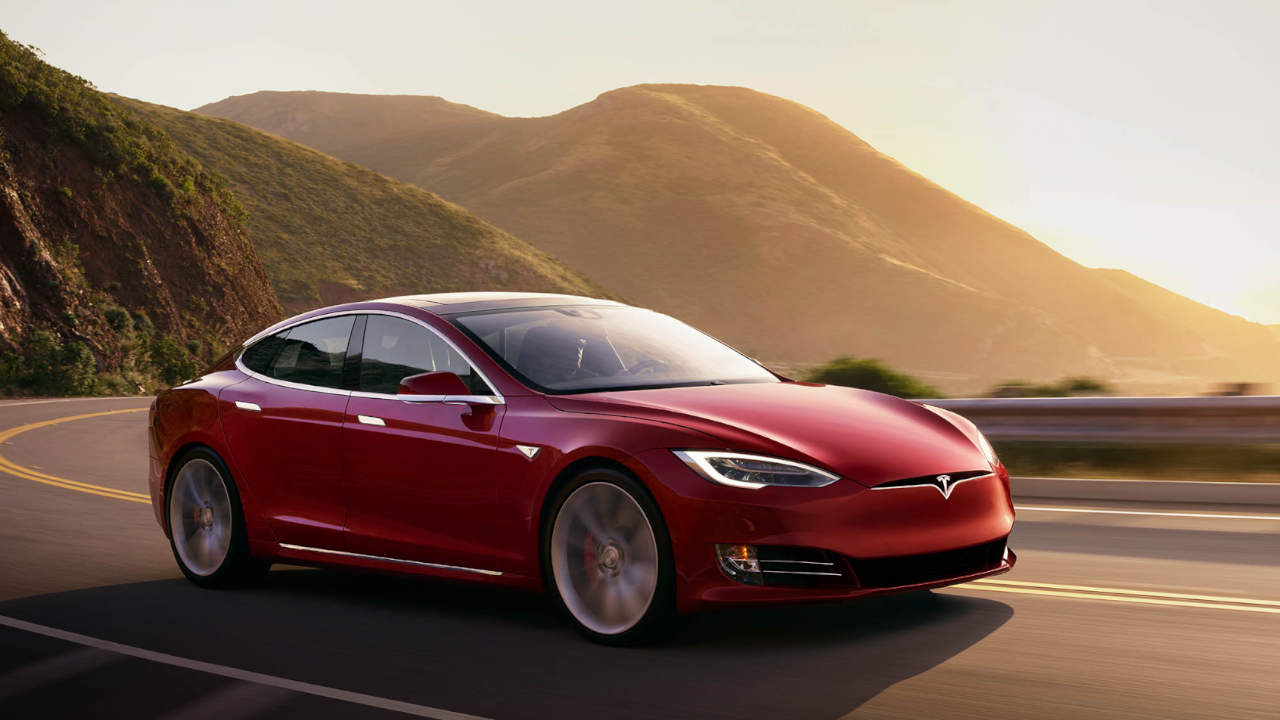 Tesla are credited with moving the electric car game on more than most, and that is largely thanks to the Model S, which was their first real sales hit.

Being a saloon, it is not quite as practical as the SUV models in this list, but it fits five people comfortably and the clever packaging means the Model S has a large boot.

Where Tesla models stand out against the competition is with their exceptional battery and electric motor technology. The latest models have over 400 miles of range, but even entry-level cars from a few years ago have the capacity to travel 300+ miles between charges.

As they have aged, pre-owned Teslas have become increasingly attractively priced, with many available for under £40,000. 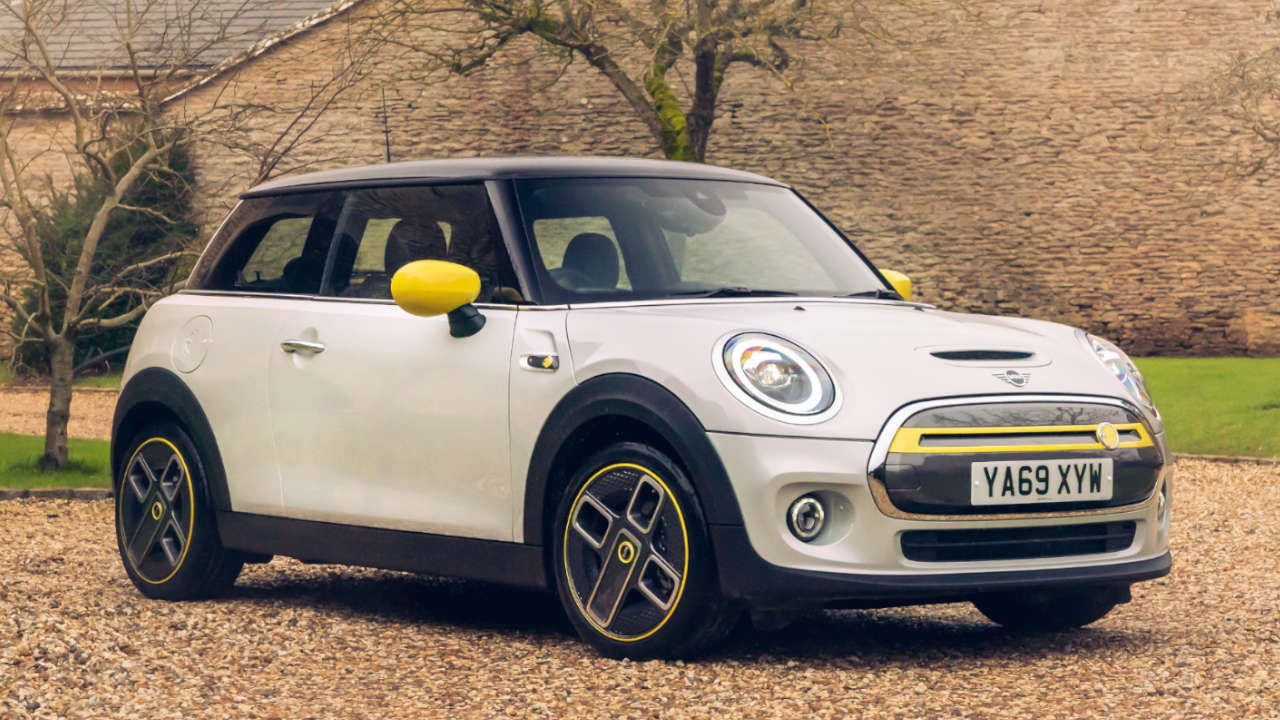 Instant acceleration and joyful throttle response are inherent electric vehicle characteristics, and they were always going to pair well with the personality of a MINI.

The brand's first attempt at an electric car has been a triumph to say the least, with enthusiast publications such as Pistonheads claiming that the MINI Electric drives "absolutely tremendously".

It is not hard to see what they mean, with 184bhp and, more pertinently, 199lb ft of torque, the electrified MINI can accelerate to 62mph from standstill in 7.3 seconds - only a whisker behind a 2.0-litre turbo Cooper S petrol.

Range is decent at 145 miles, certainly enough for the daily commute for the vast majority of people. 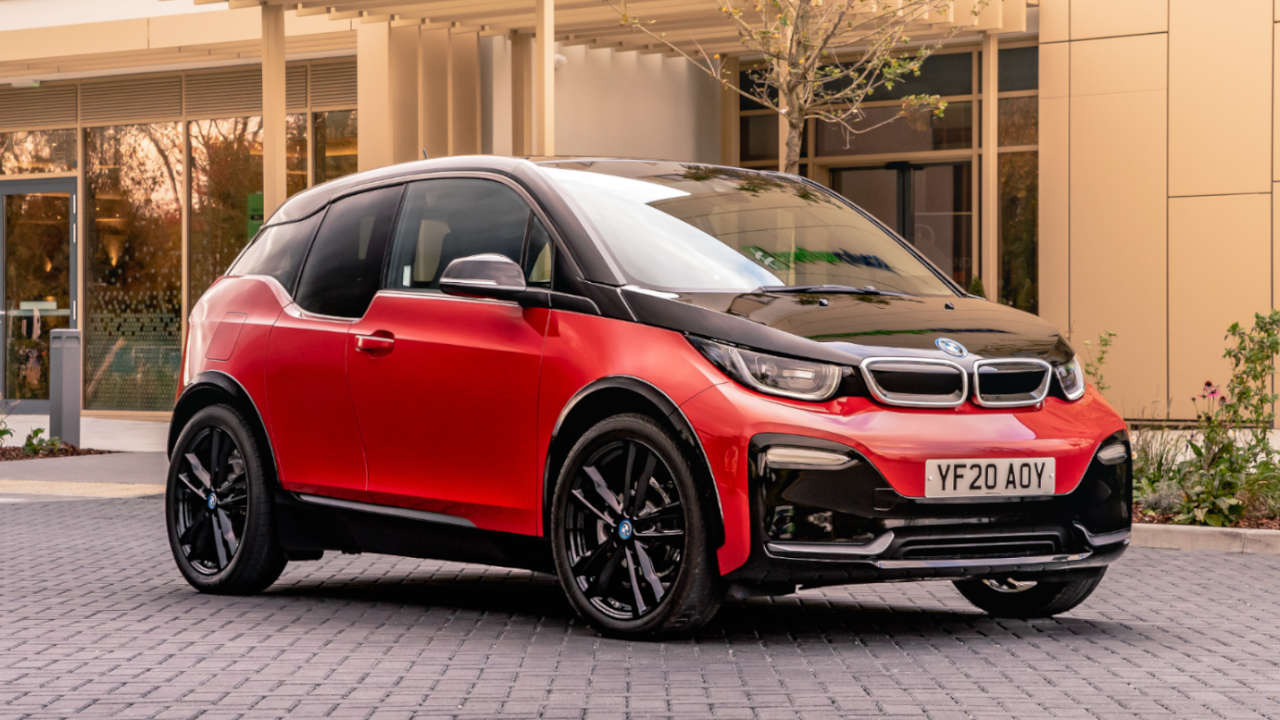 Believe it or not, the all-electric BMW i3 has been around since 2013, and while sales started relatively slowly, it has since grown in popularity as electric cars have become more practical thanks to improved charging networks.

It is now as popular as it ever has been, with a combination of unique style, BMW interior quality and unique rear-wheel drive handling finding favour with British buyers, particularly those who live in and around big cities.

Latest versions manage a range of up to 188 miles, and you should definitely seek out used versions of the i3s which has a 6.9 second 0-62mph time thanks to increased levels of power.

All of the models above are excellent cars in their own unique way. From supermini hatchbacks to saloons and family-sized SUVs, there are many more options for used electric cars than there were even just a couple of years ago.

As one of the UK's leading retailers in premium used vehicles, we are the best people to supply your next - or your first - luxury electric car. We specialised in approved used Porsche, Jaguar, Mercedes-Benz, BMW and MINI.

Start your search for your ideal used electric car today. 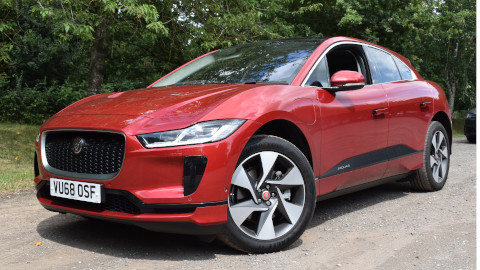 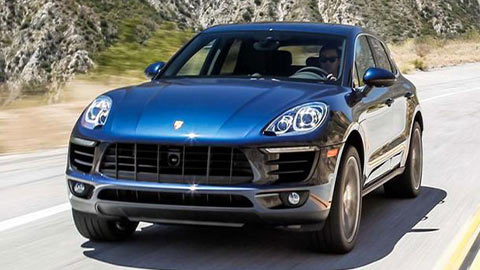