History of the MINI Clubman

The MINI Clubman, re-released in 2007, has become a distinctive member of MINI's perfectly formed model line-up.

One of the smallest estate cars on sale in Britain, the Clubman's history dates back to original estate and car-van conversions that came to life in the 1950s.

The current MINI Clubman is a modern take on a British classic, with an upmarket interior and the kind of fun driving dynamics that are only available from a MINI.

So, where did it all start?

The original Mini was first launched in 1959 and was a revolution in small car production. The Mini had a unique transverse-engine front-wheel drive layout, which was excellent for saving space.

In fact, the Morris Mini Minor had around 80 percent of its floor plan available for passengers and storage, setting benchmarks for the next decade of car manufacture.

A combination of practicality, low cost and that cheeky Mini styling meant that the Morris Mini Minor was soon a smash hit. It was driven by everyone from Paul McCartney to Steve McQueen, and production of the original design continued until 2000.

It was not long before this spacious yet compact layout was put to use in the Mini Van in 1960, using a longer chassis for even more storage space. The van was incredibly popular as a low cost commercial vehicle which was actually free from road tax at the time.

MINI actually revived the van derivative in 2012, introducing the Clubvan (pictured) to the world at the Goodwood Festival of Speed. It was a quirky little model and was a useful tool for making inner-city deliveries, and while sales were not huge, you can still find quite a few examples around on the used van market.

The original Mini design was so versatile that extra seats were added, along with rear windows and styling touches from the hatchback. The result was a compact car with true practicality and load-lugging ability. The Morris Mini Traveller and Austin Seven Countryman were born.

The Mini Traveller was designed as the ultimate family vehicle, with room for a family of four and all their luggage, and found favour with those who were part of the camping and caravanning boom of the late 1950s and early 1960s.

There were several variations on the design over the next nine years of production, including the famous 'woody' models which incorporated wooden beams into the construction of the car. In 1969, after around 207,000 Traveller and Countryman models were built, the line was discontinued and superseded by the MINI Clubman Estate.

The Mini Clubman Estate was introduced as a model in its own right, first produced by British Leyland in 1969. It continued in production through to 1982, after three model revisions. This new Clubman model was much larger than its predecessor, offering more practicality than ever before.

The entire Clubman range was treated to updated, upmarket styling from designer Roy Haynes, including the estate which received a bolder, squarer look.

Production of the estate continued alongside the updated Mini Mk IV until the design was phased out in 1982. It was still an extremely popular model even towards the end of its life, and in total just under 200,000 Clubman Estates were sold.

Rebirth of the Clubman

The estate version of the Mini was in hiatus for over 25 years, until the Clubman name was revived in 2007 for an all-new car. Much like the original, the new MINI Clubman featured a lengthened body of the standard hatchback, and a 'barn-door' twin side-opening tailgate for super-easy access to the loadspace.

A real blast from the past but full of new features and powerful, turbocharged engines, such as that in the Cooper S, the new Clubman introduced an entirely new generation to the idea of a MINI estate.

In a world where individualism is hard to come by, the Clubman was unique in every sense of the word. It remained as practical as ever before, and is still the ultimate choice of MINI for families always on the go. In fact, the Clubman has almost 40 percent extra cargo room over the MINI hatchback of the same era, as well as the ability to seat a family of five.

The current version of the MINI Clubman is a true premium 5-seat vehicle. The modern, elegant silhouette with sleek lines is almost 'concept car' in the nature of its design, yet it still retains that classic MINI character.

It is a lot more practical than the previous generation Clubman, with four full-size doors and a much larger boot; it is quite a bit longer than even the 5-door hatchback.

Preserving the characterful split rear doors, the MINI Clubman is more practical than ever before, with a boot volume of 360 litres (more than enough for a dog or two) and four full-sized doors for excellent accessibility and usability. It is the perfect car for families of four or five.

The Clubman is fun to drive, comfortable and more refined than hatchback models too, while standard equipment is very generous indeed. A John Cooper Works version stands out as the fastest-accelerating MINI model you can buy.

While the MINI Clubman has grown significantly in size over recent years, it has still retained its character as a quirky alternative to rather more humdrum family hatchbacks and estate cars.

The fact that it retains the classic MINI styling and even the twin-door rear tailgate reminds us that MINI is a brand not just focused on modern, practical vehicles, it maintains its connection with the past and never forgets its heritage.

At Stratstone, we offer sales of both brand-new and approved pre-owned MINI Clubman models through our network of MINI Centres. 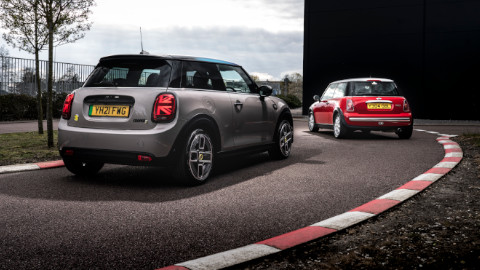 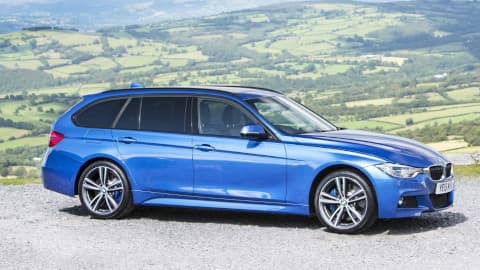 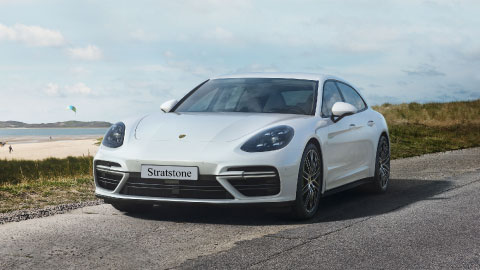