Top 6: Fast Hybrid Cars You Can Buy in the UK

Why buy a fast hybrid car?

There are a number of advantages to buying a fast hybrid car, primarily related to ownership and running costs, but also driving pleasure, too:

What is the fastest hybrid car?

Aside from hypercars, the fastest hybrid car is the Porsche Panamera Turbo S E-Hybrid, which accelerates from 0 to 62mph in 3.2 seconds and has a top speed of 196mph.

Fast hybrid cars you can buy in the UK

With hybrid power units having been in use in Formula 1® since 2014, the world's best car manufacturers are waking up to the performance benefits of electrical assistance. Here are some of the best ones you can buy in the UK. 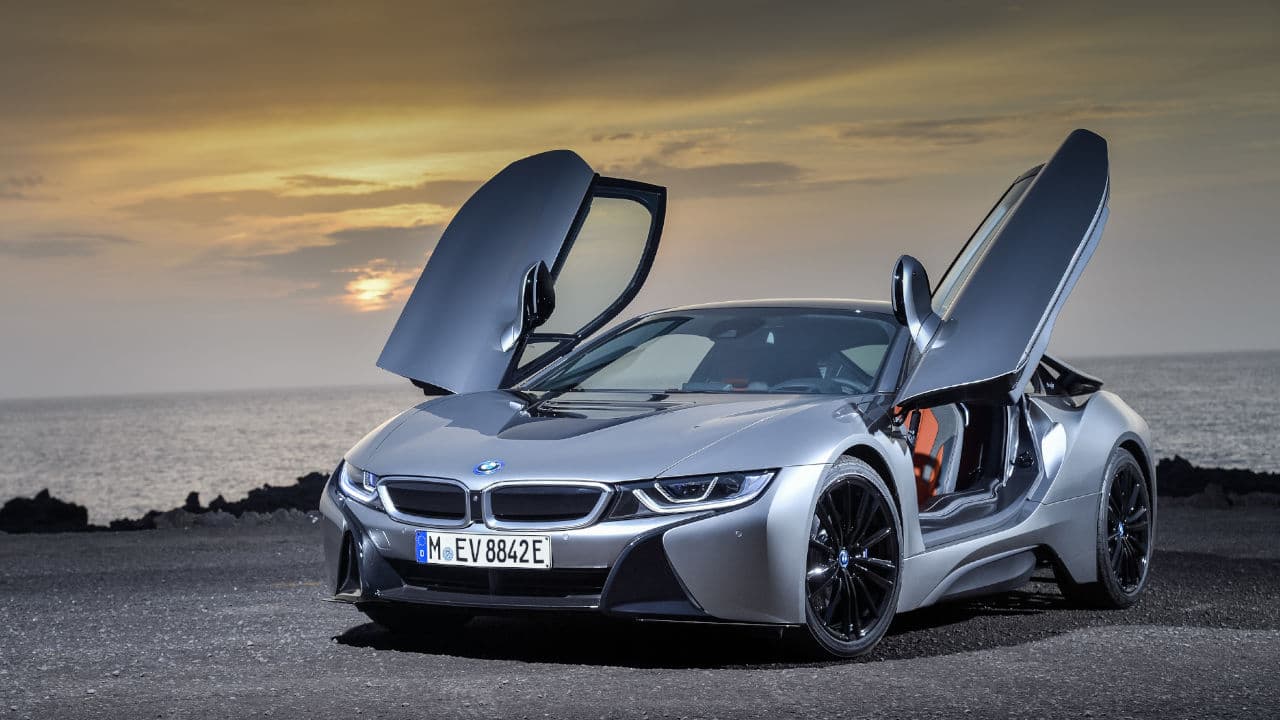 Originally launched in 2014, the BMW i8 was a sports car that was well ahead of its time, proof that BMW was, and still is, a forward-thinking manufacturer who are always breaking new ground, particularly in the performance car space.

Pairing a 1.5-litre turbocharged petrol engine with an electric motor may not sound like a recipe for performance car thrills, but with 357bhp (later rising to 368bhp) and 420lb ft driving the rear wheels only, the powertrain certainly added up to something special.

It was relatively lightweight too, especially in the context of hybrids and electric vehicles (EVs). An aluminium and carbon fibre chassis reduced the impact of the batteries and eDrive system, keeping the weight to just 1,485kg.

It was mightily efficient too, and while the official mpg figure of 135mpg is only achievable when fully charged and during ideal road conditions, it uses vastly less petrol than any car from BMW's M range, despite the superb driving experience. 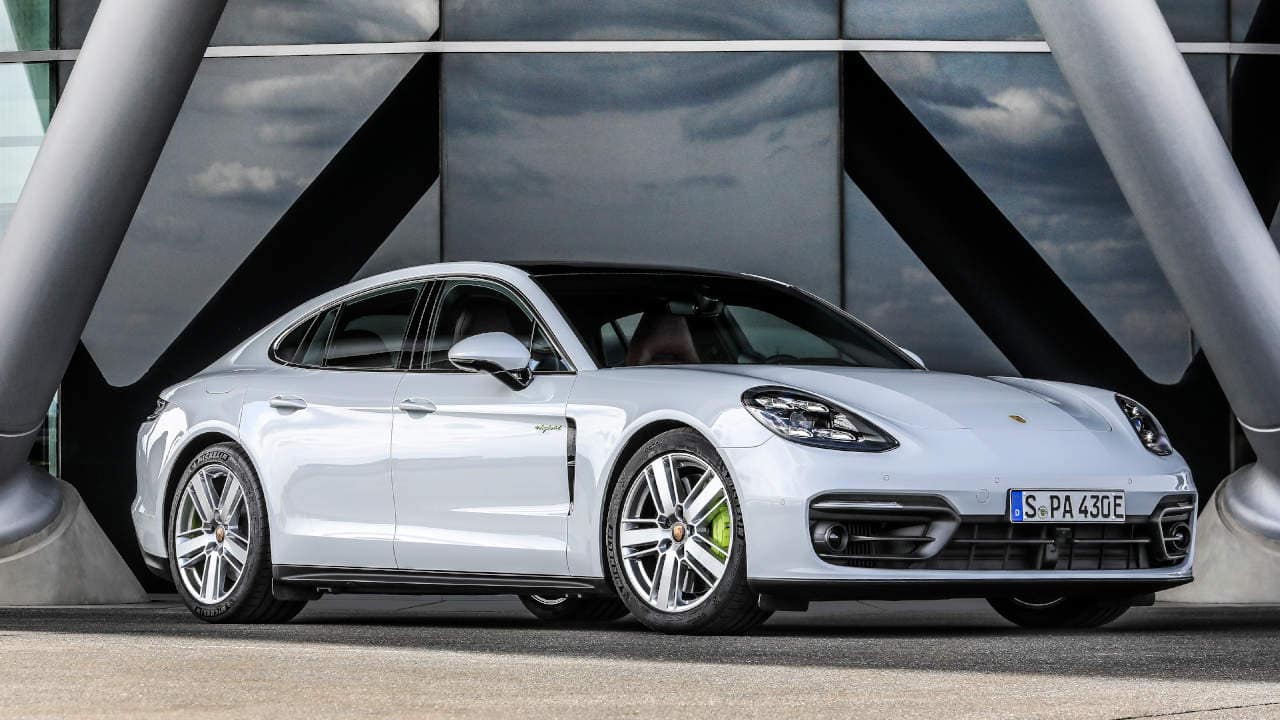 As mentioned earlier, the Panamera (in Turbo S E-Hybrid) form is the fastest 'normal' hybrid car you can buy. However, given their relative rarity in the used car market and the immensely impressive credentials of the 4S, that is the model we have chosen to highlight here. There is a lower-powered Panamera 4 E-Hybrid, too.

The 4S E-Hybrid makes use of a 2.9-litre twin-turbo V6 that has been paired with a 134bhp electric motor for a maximum power output of 552bhp whilst producing a huge 553lb ft of torque.

This remarkable power output ensures 0 to 62mph is dealt with in just 3.7 seconds, and 185mph is the maximum speed.

As a plug-in hybrid, the Panamera 4S E-Hybrid is able to travel up to 33 miles on electric power before the petrol engine kicks in, if you are driving carefully. If you put your foot down (which we suspect you might) the petrol engine will kick in and give you full power. 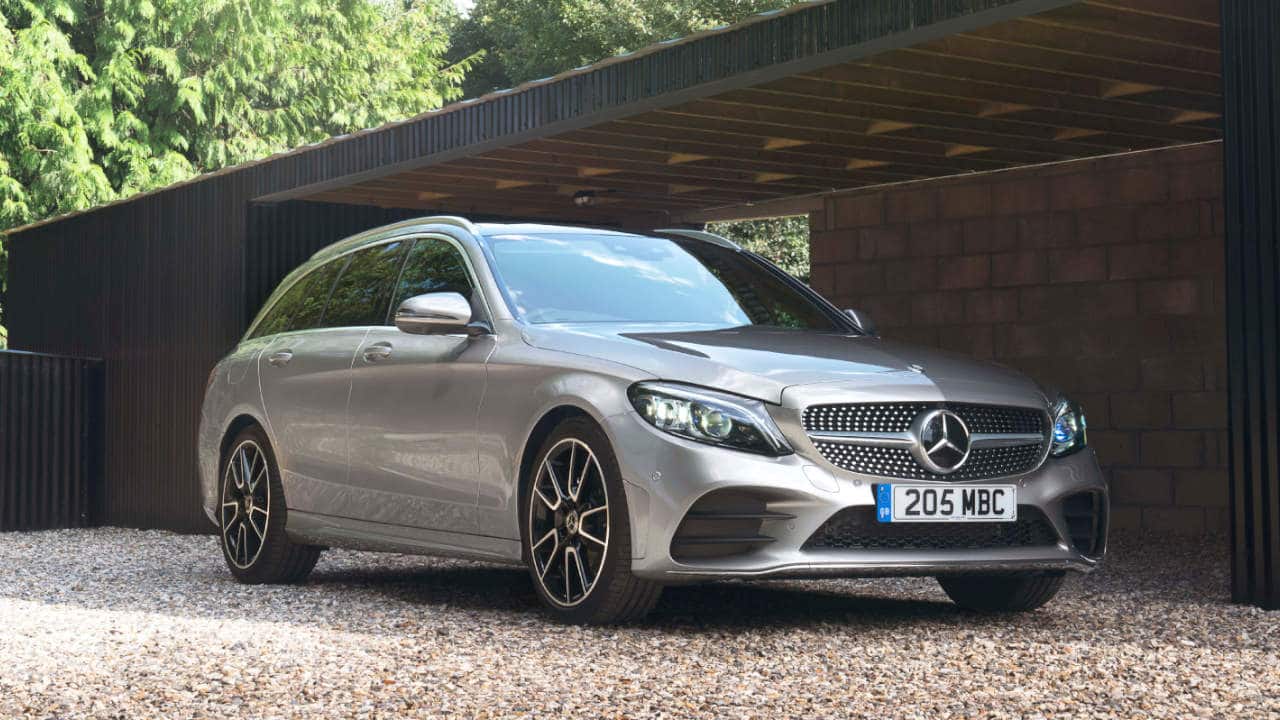 Widely regarded as one of the finest luxury estate cars on the market, the Mercedes-Benz C-Class has always fared well when fitted with a sportier engine option.

Though a plug-in hybrid powertrain may not be at the top of your list when looking for a fast estate car, the C-Class 300e has more than enough power to be classed as sporty. 316bhp is the headline figure, the result of an advanced 2.0-litre turbocharged 4-cylinder engine and a 120bhp electric motor.

All this engineering means a 33-mile electric-only range, 0 to 62mph in just 5.5 seconds and an official fuel consumption figure of 148mpg. Because it is an estate, practicality is excellent, too.

The C-Class 300e is space, pace and economy all wrapped into one compelling package. 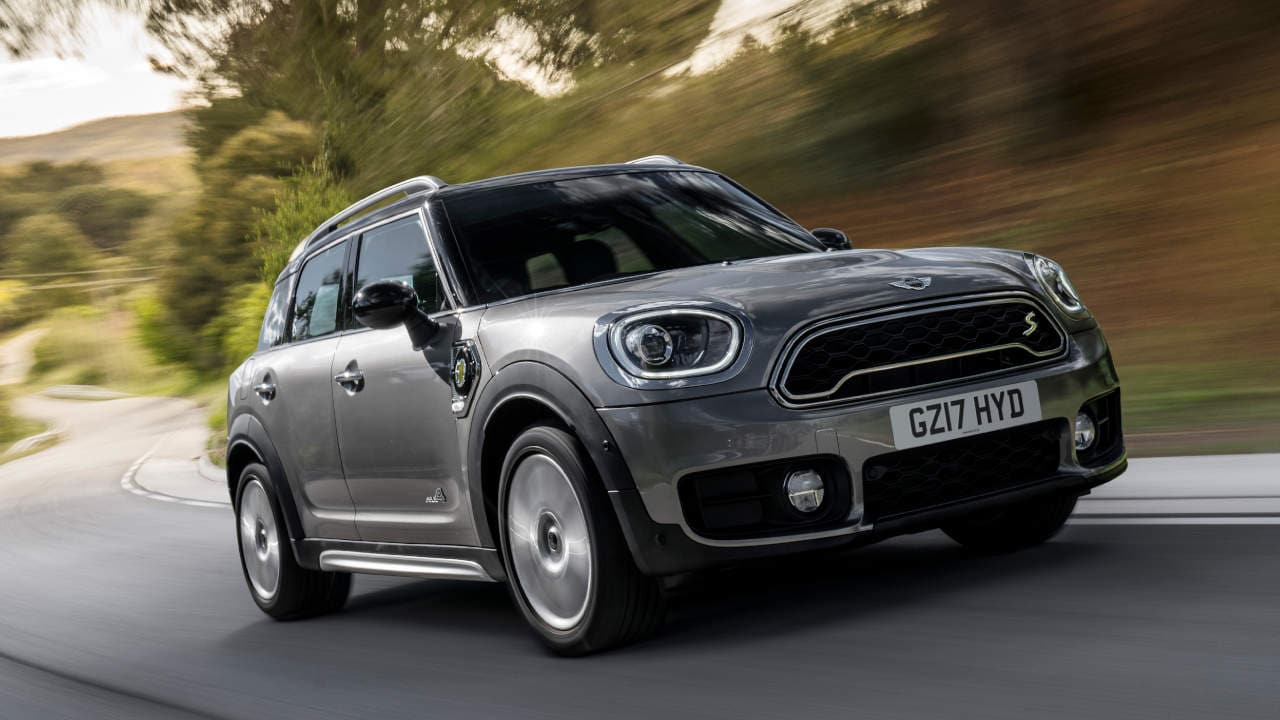 MINI have managed to squeeze an awful lot of benefits into the Countryman Plug-in Hybrid, despite its compact SUV dimensions.

Not only does it have a plug-in hybrid system that allows it to travel up to 29 miles solely on electric power, it has all-wheel drive, too. There is room for five occupants and the boot is a handy 405 litres in size, which can be extended to 1,275 litres with the rear seats folded down.

Plug-in hybrid versions of the Countryman all sport the Cooper S badge on the front and back, so performance has to be strong. It delivers too, with a 134bhp 1.5-litre turbo engine paired with an 87bhp electric motor for a 0 to 62 mph sprint time of 6.8 seconds - hot hatch territory. 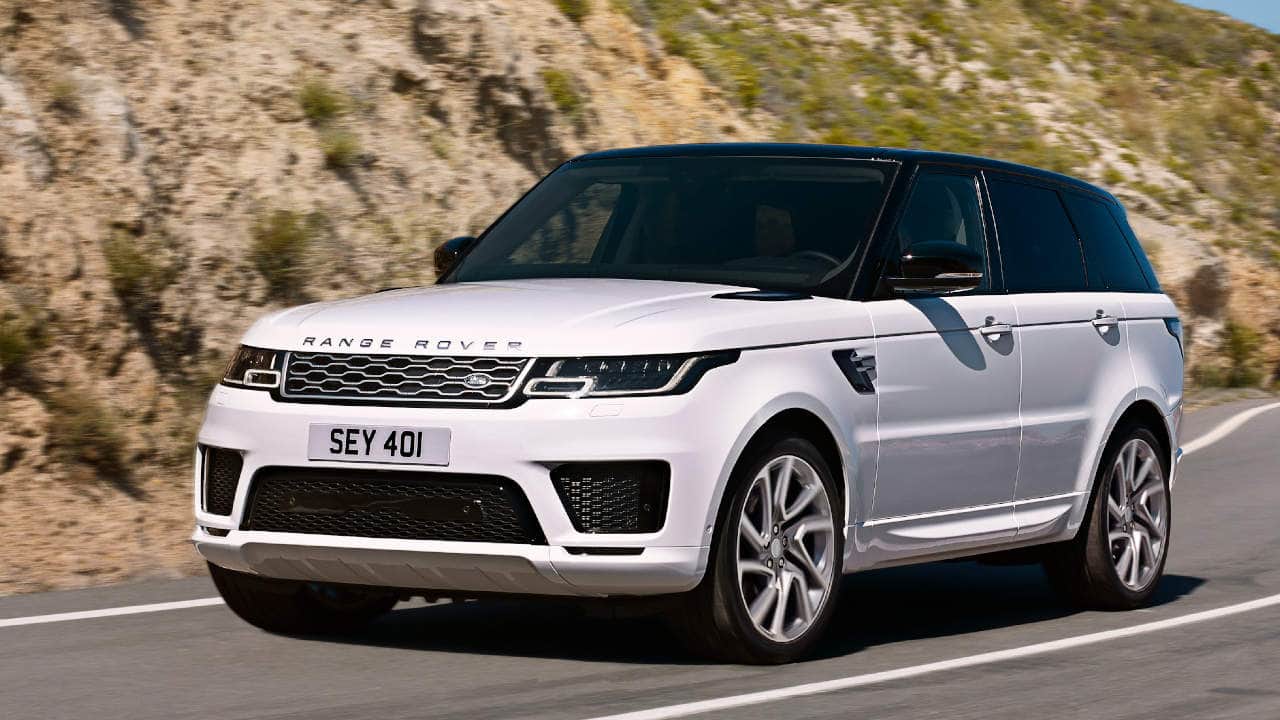 P400e represents the plug-in hybrid powertrain in the Range Rover Sport - nearly 400bhp (398 to be exact) produced by a combination of a 2.0-litre 4-cylinder turbo petrol engine with an electric motor making up the rest.

This makes it a fairly brisk SUV, as any Range Rover Sport should be. 0 to 62mph acceleration takes just 6.3 seconds, and its overall performance is impressively smooth and refined with a top speed limited to 137mph.

Equipped with a 13.1kWh battery that takes three hours to charge (using a wallbox), it can glide around for up to 31 miles on electric power alone, saving you money on your daily commute. 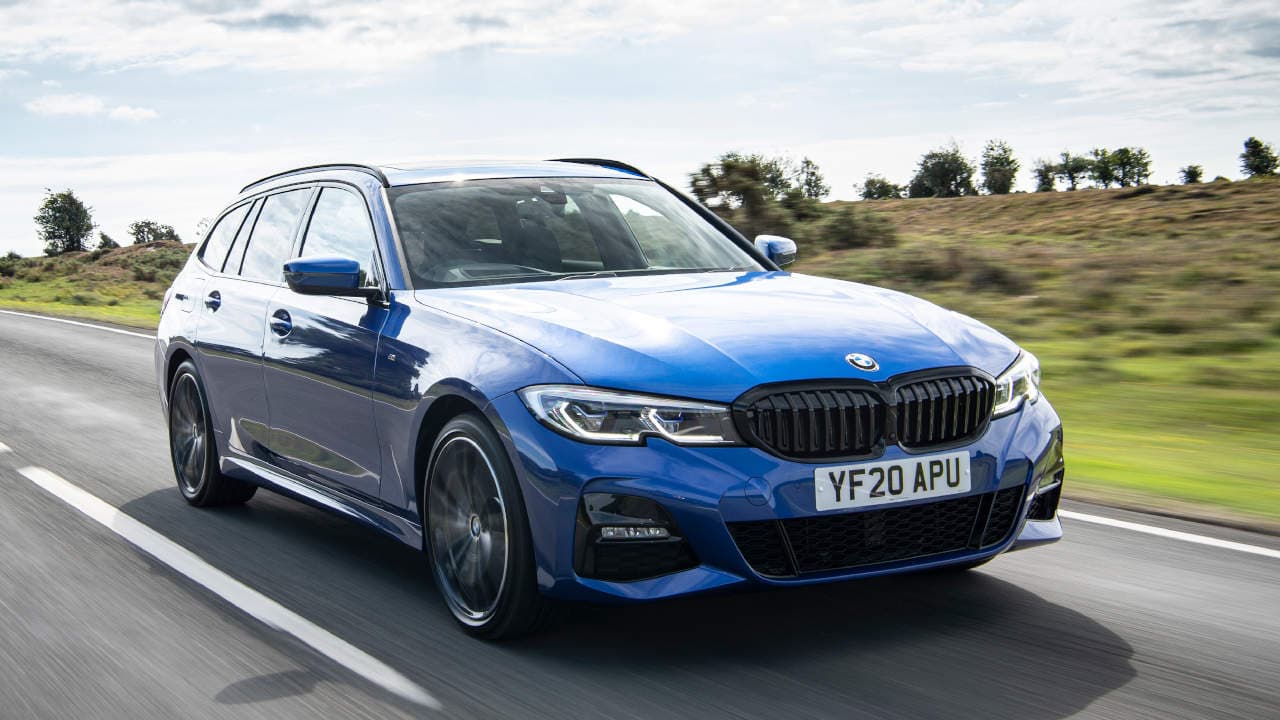 Many people are not aware that BMW have been making a plug-in hybrid version of the 3 Series for many years now. It is perhaps one of the car industry's best kept secrets, as it is a marvellous all-round performer.

The latest generation is more than fast enough to be included in this list, with 289bhp and 310lb ft propelling the car from 0 to 62 mph in just 5.9 seconds and on to a top speed of 143mph.

Its hybrid capabilities are impressive, too. Up to 41 miles is possible in full electric mode at speeds of up to 87mph, and it boasts combined fuel economy of 138mpg. Low CO2 emissions mean this is a fabulous company car, too.

At Stratstone, our extensive inventory of used cars contains all of the above fast hybrid cars as well as many more performance models from the world's most revered luxury brands.

Start your search for your ideal fast hybrid car today. 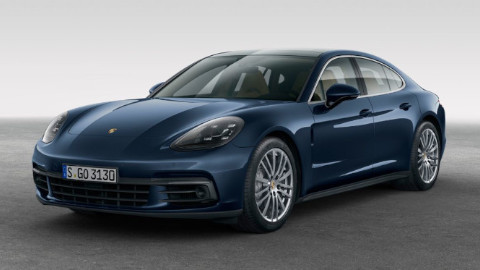