Being the oldest continuous motorsport venue in the world, Shelsley Walsh is steeped in history, with an eclectic mix of cars having taken on the hill climb over the years.

We have put together a list of some of our favourites, featuring some of the fastest and craziest cars to ever take on the famous hill.

As car names go, the Vulcan is up there with the very best. It just sounds so right. And with such a name, you know this is going to be one serious Aston Martin. And you'd be right as the Vulcan is Aston Martin's track-only 'toy' for those who require the very pinnacle in specialist track-day cars.

However, someone actually made a Vulcan road legal, which is crazy considering just how bespoke the Vulcan actually is. It's not something fit for the weekly shop, that's for sure. Plus, with 820bhp and enough downforce to theoretically allow the car to drive upside down on a ceiling, you know this is as serious as you can get an Aston Martin. It's ridiculously rare too, with only 24 in the world. Listen to its evocative V12 as it devours the Shelsley Walsh course.

In the ‘90s the car on every young petrolhead’s bedroom wall was the McLaren F1. As the fastest car in the world at that time, the 240mph ‘Mac’ was a Concorde moment for cars. The engine was lined with gold, it looked incredible and it had a renowned BMW 6.1-litre V12 engine to ensure it demolished every other supercar under the sun.

It was also a magnificent race car. In 1997 the McLaren F1 GTR had extensive modifications to gain enhanced aerodynamics. The Long Tail was born. Incidentally the engine had a stroke reduction to 6.0-litres to aid reliability. Nevertheless, it still sounded epic, and looked great flying up the Shelsley Walsh hill, as the video proves.

Homologation regulations. Without these, we perhaps wouldn’t have seen such a legendary mix of road and race cars back in the ‘80s and ‘90s. One car that was made to comply with such regulations was the savagely powerful Ford RS200. The road legal version was based on the Group B rally car – a series of rally cars which were famed for their quite ridiculous power, so much so that they were inevitably banned.

Still, it gave birth to some legendary cars. The RS200 is one of them and a rare Ford that today commands over £200,000. So, when they made a Pikes Peak version of the RS200 with 920 horsepower, well, you can imagine how crazy it was going to be. Watch the video to see just how crazy a group B legend with enhanced power demolishes the course, and incidentally its bonnet!

As second-generation Mazda RX7 FCs go, one that is packing 700hp from its crazy engine and only weighing around 1140kg means it can deploy some serious performance. This particular RX7 is usually seen shredding its Nankang rubber in the drift scene, but this monster of a Mazda took on the Shelsley Walsh hill, making a glorious noise in the process.

It is also a special car because it is said to be the only one in the UK. If you are a fan of JDM cars, then this particular video is definitely worth a watch. Alternatively, if you just love cars and want to hear a bespoke rotary Mazda at full chat, you won't be disappointed.

Unbelievably the Citroen 2CV was produced from 1948 to 1990 – spanning forty-two years. It wasn’t famed for its power, as the original from 1948 had only 9 horsepower and it didn’t grow in power an awful lot throughout its life, gaining only an extra 20 horsepower at peak performance.

The 2CV was all about low cost, and simplicity. It was actually produced to get French farmers into a motorised vehicle, rather than continue with the old-fashioned horse and cart. The 2CV therefore had long suspension travel for the bumpy terrain farmers had to deal with.

Therefore, when you take out the original low-powered engine of this lightweight car and replace it with a BMW superbike engine – well, the end result is both crazy and mightily impressive at the same time. Watch the video to see what we mean.

Another famous car from the Group B era of racing. The Audi Quattro was nothing short of monstrous thanks to its Quattro 4-wheel drive which saw it obliterate world rally stages for fun.

This particular video has been taken from the archives and features Finnish rally legend Hannu Mikkola at the wheel of an Audi Sport Quattro SWB Group B Works car. Old footage is always cool, and Mikkola seemingly makes this monster of an Audi dance its way up the Shelsley Walsh hill back in 1986 - making it look easy in the process. We can only reminisce about the Group B era now, but cars like the Audi Quattro have only paved the way for even more impressive race cars in the future and for that we are only too grateful. 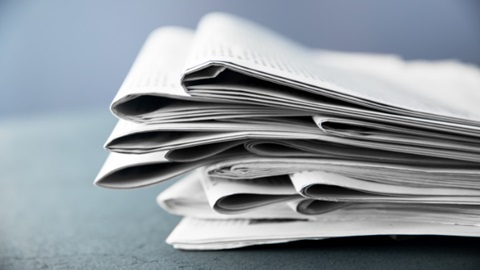 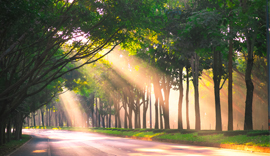